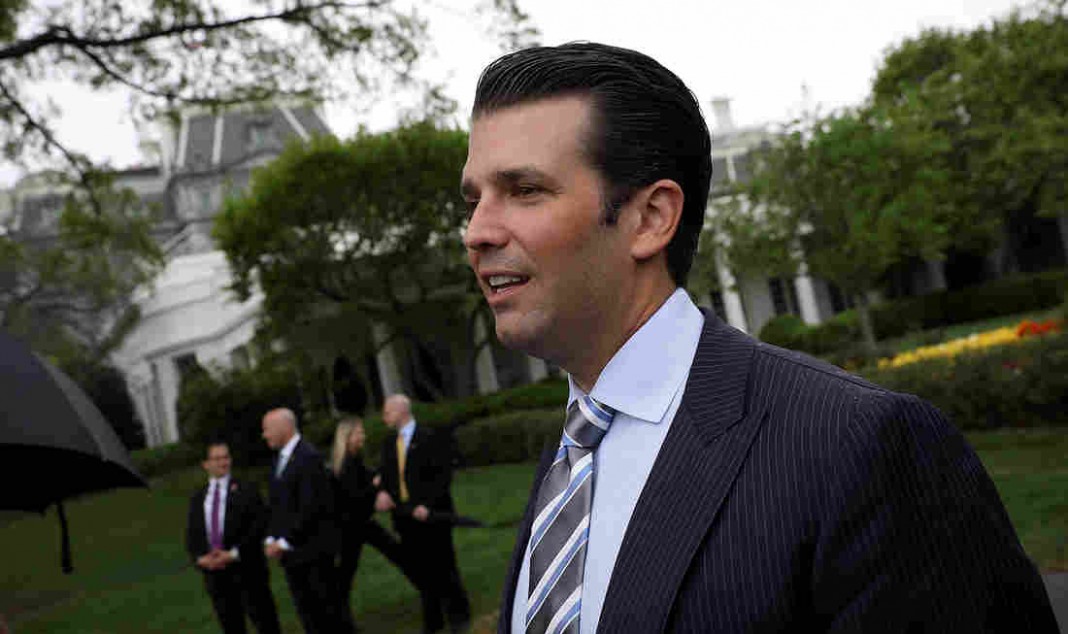 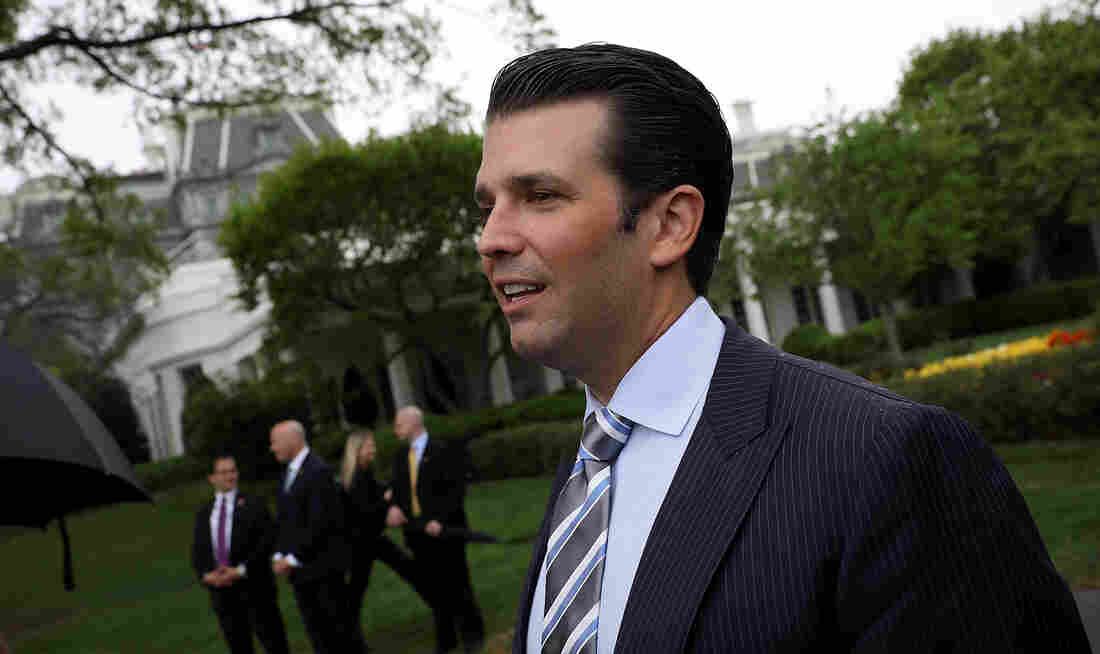 On Tuesday, Donald Trump Jr. tweeted images of emails he exchanged with Rob Goldstone about meeting with a Russian lawyer in 2016. Win McNamee/Getty Images hide caption

On Tuesday, Donald Trump Jr. tweeted images of emails he exchanged with Rob Goldstone about meeting with a Russian lawyer in 2016.

Donald Trump Jr. on Tuesday posted online an email exchange that seemed to show the president’s son entertained an offer of Russian government help for his father to be elected president in 2016.

“This is obviously very high level and sensitive information but is part of Russia and its government’s support for Mr. Trump,” said the text that Trump Jr. posted on Twitter.

In the messages, an intermediary for Russian business allies of the Trumps offer what they call incriminating information about Hillary Clinton. That eventually led to a meeting — set up by music promoter Rob Goldstone — among a Russian attorney, Trump Jr., then-campaign chairman Paul Manafort, and President Trump’s son-in-law Jared Kushner.

Trump Jr. did not seem bothered by the offer, which brought him and the campaign into a questionable legal area.

Trump Jr. said in his Twitter post on Tuesday that he was posting the messages “to be totally transparent” and that the Russian attorney with whom he met, Natalia Veselnitskaya, ultimately did not provide Trump Jr. with any opposition research about Clinton.