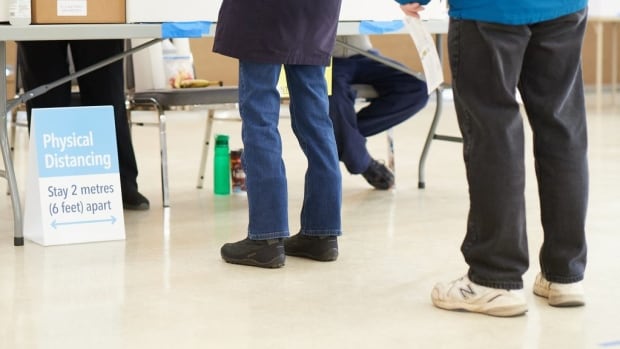 “This will be the largest non-wartime event in the history of our province, [with] more than 800,000 eligible voters,” said Tim Kydd, director of communications and outreach for Elections Saskatchewan.

A record-breaking 119,394 voters had already attended an advance poll by Thursday. Voters casting their ballots in-person on Monday can do so from 9 a.m. to 8 p.m. CST.

However, Elections Saskatchewan does not expect all of the results to be available after polls close Monday night.

In what will be the third provincial election held in Canada during the COVID-19 pandemic — the others were in New Brunswick on Sept. 14 and British Columbia on Saturday — 61,225 Saskatchewan residents have received mail ballots.

Ballots sent by mail will only begin to be counted on Wednesday. In tightly fought ridings, the margins may be too narrow to decide the race without accounting for the mail ballot results.

For those casting a ballot in-person on Monday, Elections Saskatchewan is strongly recommending that voters wear a mask at the polls and stay home if feeling unwell.

As well, another person assigned to the same voting location can vouch for a voter.

Thirty-one seats are needed for a majority government.

Wondering what it’s like at the Tokyo Olympics? Ask us your questions