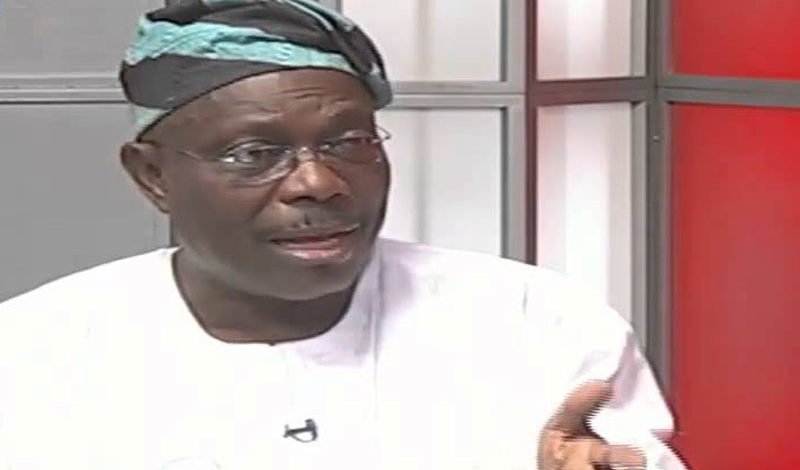 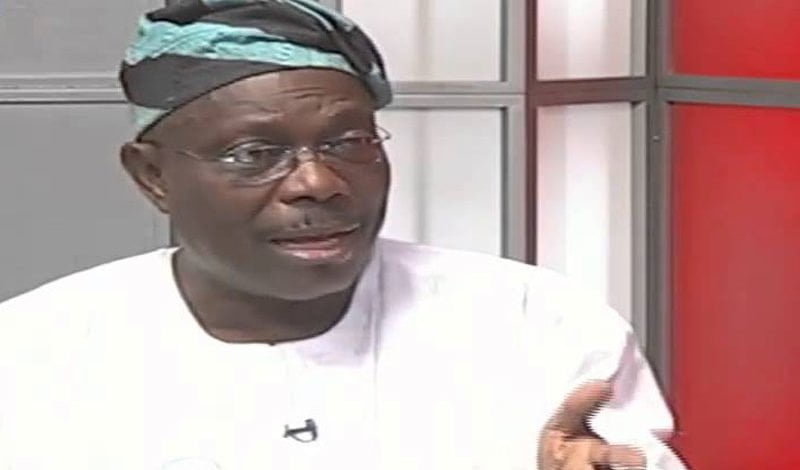 A chieftain of the All Progressives Congress (APC) in Lagos, Moshood Salvador, on Sunday described a national leader of the party, Asiwaju Bola Tinubu, as a gift not only to the South-West, but the entire nation.

He condemned the recent comment made by Governor Nasir El-Rufai of Kaduna State that godfatherism was a problem in Lagos, which residents needed to get rid of, for real progress.

Salvador described the governor’s comment as unnecessary trespass, saying the people of the state never complained of the problem.

Salvador spoke to journalists on the sidelines of the annual Ramadan Lecture he organised at his residence in Lagos, the News Agency of Nigeria (NAN) reports.

He said Tinubu had contributed immensely to the development of Lagos State particularly, and the progress of its residents.

Salvador, a former Chairman of the Peoples Democratic Party (PDP) in the state, said there was no way anyone could divorce the exponential growth the state had recorded since 1999 from the vision of Tinubu.

He said Tinubu was obviously the target of El-Rufai’s comment as he (Tinubu) was the most influential figure in the state’s political firmament.

The APC chieftain urged all well- meaning residents to condemn the governor’s comment.

Salvador pointed out that there were many issues begging for attention in Kaduna State and urged El-Rufai to address them rather than coming to Lagos to talk about godfatherism.

”It is important to let the governor of Kaduna know that it is wrong for him to come to Lagos and start talking about godfatherism.

”We do not have any problem with leaders in Lagos and El-Rufai should mind his business rather than coming here to tell us what is not.

”We hear of serious issues in Kaduna; the issue of unpaid salaries, the issue of killings and attacks on innocent people. El-Rufai has not addressed all these and he is talking about a state that is working.

”We would not condone unnecessary attacks on our leaders. Asiwaju Bola Tinubu has done extremely well for the nation and the state particularly.

”He laid the foundation for the growth of the state’s IGR from N400million in 1999 to the billions that it is today.

”There is no way we can talk about a modern Lagos without mentioning Tinubu. He is a gift to the Yoruba race, second only to Awolowo. We respect him a lot and would not condone attacks on him,” he said.

Salvador said peace was a precondition for progress and urged Nigerians to eschew acts that could breach peace in the country.

He urged leaders to use the opportunity of the holy month of Ramadan to move close to the people and address their needs.

Salvador said it was out of the need to rejuvenate the people around him spiritually and put smiles on their faces that he organised the lecture and gave out gifts to attendees.

He said the world would be a better place if leaders were accountable to the people and cared for them as they did for themselves.

On the leadership crisis in the PDP in the state, Salvador said it was a clear proof that the party was finished in the state.

He described the PDP as an unserious party peopled by those who put their interests above those of the people.

The former chairman of the opposition party said he left the party over what he called lack of focus by some of the party’s elders.

Also speaking, APC Chairman in the State, Alhaji Tunde Balogun, urged leaders and the led to make peace their watchword.

He commended Salvador for organising the Ramadan lecture, saying it would impact on the spiritual life of those who attended.

In his sermon, Alhaji Aminulahi Seriki urged Muslims to use the holy month to move closer to God and obey His commandments.

Seriki, Imam of the Fadeyi branch of Ansarul-deen Society of Nigeria, also said it was expected of Muslims to be of good acts during the months and beyond, and be their brothers’ keepers.

“God expects us this month and beyond to abstain from things that are sinful and obey His commandments.

“We are expected to do good to our fellow men and support those who are in need,” he said.

Seriki urged leaders to use the opportunity of the month to attend to the needs of the people and commit themselves to their service.

He commended Salvador for organising the annual lecture as it would help to raise the consciousness of Muslims the need to move closer to God .

NAN reports that Balogun, as well as clerics at the lecture later joined Salvador to inaugurate a mosque he just built at his residence.