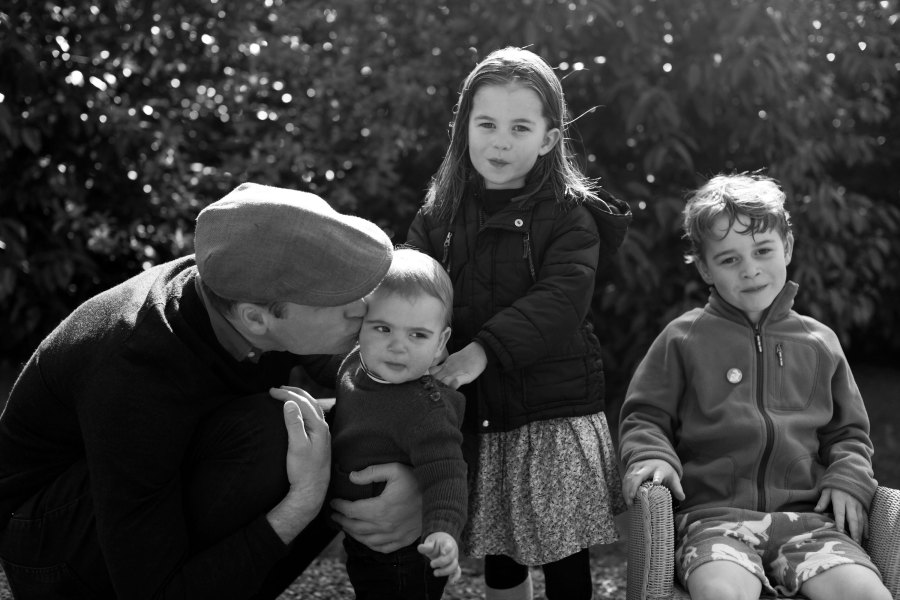 Duchess Kate Took an Incredible Photo of Prince William and Their Kids The royal family were beautifully captured in a Christmas photograph taken by none other than Duchess Kate.

In the photo shared to the Kensington Palace’s official Instagram on Christmas Eve, the black-and-white shot featured Prince William, 37, alongside his children Prince George, 6, Princess Charlotte, 4, and Prince Louis, 20 months. William held the couple’s youngest child close as he planted a kiss on Louis’ cheek, and Charlotte placed her hands on top of her little brother’s shoulders. George, meanwhile, smiled as he sat in a chair.

“Merry Christmas!” the post began. “This photograph of The Duke of Cambridge, Prince George, Princess Charlotte and Prince Louis was taken by The Duchess of Cambridge in Norfolk earlier this year. We wish all our followers a very happy and relaxing Christmas Day.”

This wouldn’t be the first time Kate, 37, has been behind the lens to capture the family’s most cherished moments. For George’s 6th birthday in July, Kensington Palace released several photos taken by the Duchess of her eldest son. The same thing was done for Charlotte on her 4th birthday in May and Louis when he turned 12 months in April.

In 2017, Kate’s photography skills earned her a lifetime honorary membership with the Royal Photographic Society. “The Duchess is a great, positive role model for anyone interested in photography,” Amelia Christmas, a spokesperson for the Society, told The Telegraph in March 2017. “She has proved her own skills with her portraits of her children, which are not just family snapshots.”

Kate was a photography student while attending the University of St. Andrews. She opened up about her college days in a letter she penned for the foreword for the National Portrait Gallery exhibition of photography called, Victorian Giants: The Birth of Art Photography.

“This [Victorian] period in the history of photography has long interested me,” she wrote in February 2018, per Kensington Palace’s Twitter. “As a student at the University of St. Andrews, I chose it as the subject of my undergraduate thesis and photographs of children in particular, which feature predominantly within the exhibition, are of real interest to me. These photographs allow us to reflect on the importance of preserving and appreciating childhood while it lasts.”

On Christmas Day, the family — sans Louis — were joined by other British royals, including Queen Elizabeth II and Prince Charles, to attend Christmas service. This is one of the royal family’s many Christmas traditions, which also include sharing an annual holiday card and a formal dinner.