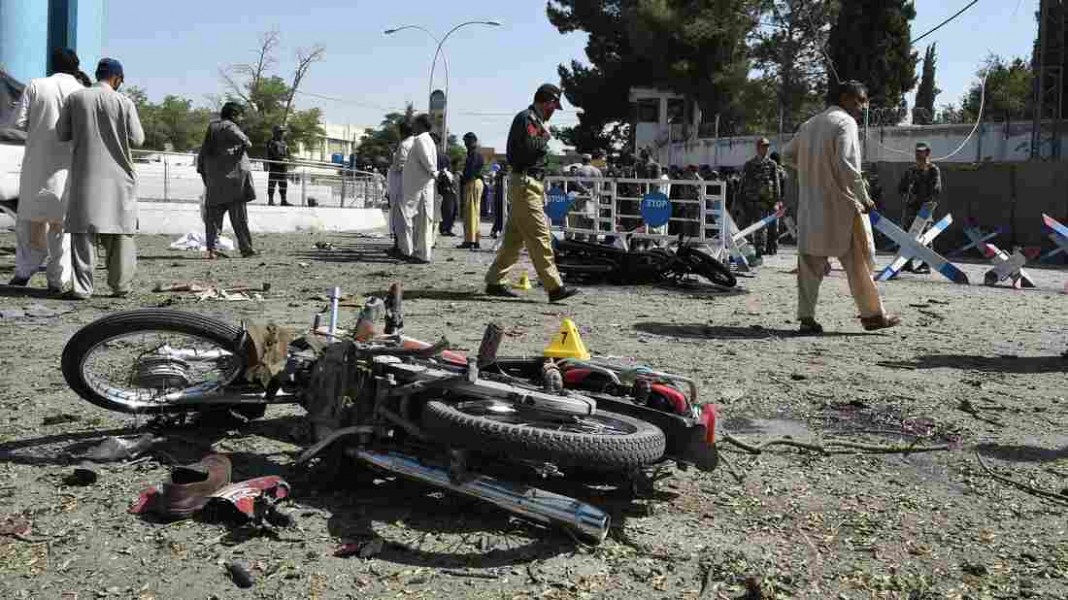 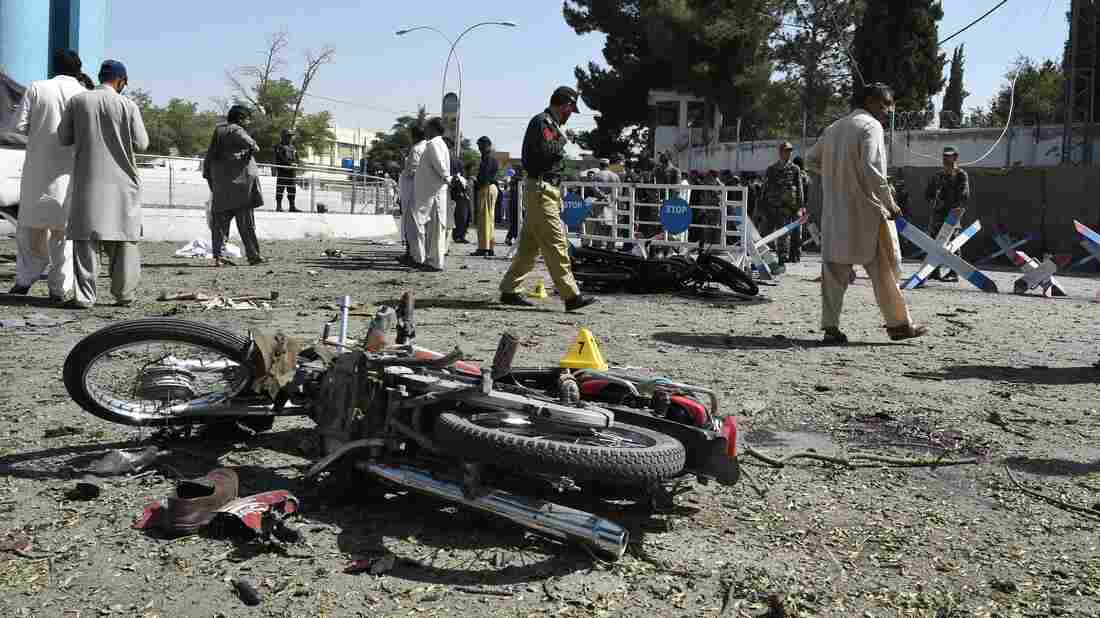 Pakistani security officials inspect the site of an explosion in Quetta on Friday. All told, dozens of people were killed Friday in several different cities across Pakistan. Banaras Khan/AFP/Getty Images hide caption

Pakistani security officials inspect the site of an explosion in Quetta on Friday. All told, dozens of people were killed Friday in several different cities across Pakistan.

Pakistan was hit with a spate of violence in several cities Friday, leaving the country to cope with the deaths of dozens of people and scores more injured. Between twin bombings at a market in Parachinar, a car bombing in Quetta, and a shooting in Karachi, more than 80 people were killed in the bloodshed.

The “enemy [is] trying to mar festive mood of nation through such cowardly acts,” Pakistan’s chief of army staff, Qamar Javed Bajwa, said in a statement quoted by a military spokesman. “Shall fail against the resilience of Pakistan.”

The deadliest of Friday’s attacks came during Friday rush hour in the town of Parachinar, where local authorities say 67 people were killed and scores more were injured. Turi market had been packed with residents preparing for their iftar meals to break the Ramadan fast at day’s end.

“The first blast took place at around 5pm in Turi Market, located on the edge of the recently-designated Red Zone, said a senior administration official,” Pakistani news outlet The Express Tribune reports. “The second explosion occurred when rescuers and bystanders rushed to help the survivors of the first blast.”

There was no immediate claim of responsibility for the two explosions, though the BBC reports that some believe Shiite Muslims were specifically targeted.

However, the British news service says two separate extremist groups — the Islamic State and a Taliban offshoot known as Jamaat-ul-Ahrar — claimed responsibility for an attack earlier that day in the city of Quetta. The bombing in Quetta occurred near a local police official’s office, and The New York Times reports that seven police officers were among the 13 people killed.

The paper, citing local officials, says at least 19 other people were injured in the blast.

Elsewhere in the country, in the port city of Karachi, gunmen opened fire on police, killing at least four officers before fleeing the scene.