Doug Ford’s PCs enter final year before election in the lead, but vulnerable 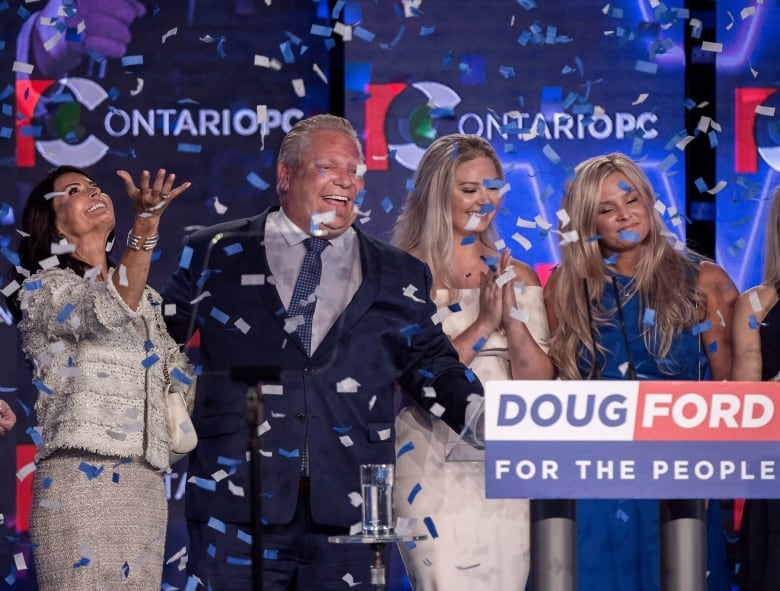 With exactly one year to go before the 2022 Ontario provincial election, Premier Doug Ford’s Progressive Conservatives still have the upper hand in the polls.

But a drop in support has put the PCs in a vulnerable position — one that could become more exposed if the anti-Ford vote coalesces around one party.

Ontario’s fixed election law sets the date of the next vote for June 2, 2022. The PCs should be grateful they don’t have to face the electorate sooner.

Three polls conducted over the last month suggest that support for the PCs has taken a hit.

Surveys by Léger for Postmedia, Mainstreet Research and Campaign Research conducted at different times during the month of May all show a similar political landscape in Ontario.

On average, that gives the PCs a lead of eight percentage points over the Liberals and New Democrats, who are effectively tied.

Ford’s PCs defeated the NDP by a margin of seven percentage points in the 2018 provincial election, so at first glance it might appear that the situation hasn’t deteriorated for them since then.

Liberals up, NDP down

But these three polls suggest that PC support has dropped by six points since 2018, with the Liberals up seven points and the NDP down eight. The Greens are up about three points.

The downward trend for the PCs, coupled with the swing between the Liberals and NDP, does not bode well for the incumbent government. As the 2018 election demonstrated, the non-PC vote can move quickly if it gets behind a single party.

Still, the split between the Liberals and NDP would work to the PCs’ advantage if an election were held today, giving them the chance to win the most seats and possibly another majority government.

The three polls have some variations at the regional level, but broadly indicate that the PCs and Liberals are in a dead heat in the electorally decisive Greater Toronto Area, with the seats within Toronto itself being contested primarily by the Liberals and NDP.

The PCs appear to have the advantage in southwestern and eastern Ontario and are vying with the New Democrats in Northern Ontario. The Hamilton-Niagara region is setting up to be a three-way contest.

Put it all together and it appears the PCs could still cobble together a majority government from their rural base of seats coupled with enough wins in smaller urban centres and the GTA. Having won 76 seats in 2018 — 13 more than they needed for a majority — the PCs can afford a few losses.

The problem for the PCs, however, is that the trend line is not heading in the right direction.

Ford’s own popularity is not helping matters, though Léger found the premier’s personal poll rating — at 38 per cent — is higher than support for his own party. But those numbers have been trending down for some time since Ford’s early-pandemic highs.

The pandemic does seem to be driving this drop in support. Léger found approval of the PCs’ handling of public health and safety and the economy during the pandemic has fallen steeply since March, before the start of the third wave.

It’s not a good sign for the NDP that it hasn’t been able to take advantage of the PCs’ recent woes. The New Democrats have less support today than they did in the last election.

The NDP still looks more competitive than it did going into the 2018 campaign, however. The party has retained much of its support in the areas where it scored breakthroughs in the last election, such as Toronto and the southwest. But the NDP is likely to face stiffer competition from the Liberals in Toronto than it did last time.

They could use better numbers from NDP Leader Andrea Horwath, whose favourability rating is roughly on par with Ford’s (though fewer Ontarians have an unfavourable opinion of her than they do the premier).

Her name recognition is high, which might give her an advantage over Liberal Leader Steven Del Duca. But she’s been leader of the Ontario NDP since 2009, making her the longest-serving federal or provincial party leader currently sitting in any legislature in Canada. After more than 12 years, her numbers might not get much better.

Del Duca needs his ratings to improve. Léger finds that 38 per cent of Ontarians say they are either unaware of him or don’t know enough about him to form an opinion — and that’s from a survey of people who answer political poll questions, who tend to be more politically aware than the broader population.

Among those who did hold an opinion, Del Duca’s numbers weren’t great: 19 per cent told Léger they had a favourable opinion of Del Duca, compared to 39 per cent who held an unfavourable view.

A divided opposition — but for how long?

Unless the PCs turn things around, the next election will come down to whether the anti-PC vote gets behind the Liberals or the NDP.

The challenge for the Greens, up a little in the polls since 2018, will be to keep their vote from being siphoned off by the other centre-left parties, as has often happened in elections in Ontario and elsewhere in Canada.

It’s clear that voters to the left of the PCs are the ones most likely to swing from one party to another. According to Léger, a majority of Liberal, NDP and Green voters say they are likely to change their minds; they’re also more likely to list one of those parties as their second choice, rather than the PCs. A majority of PC voters, by contrast, say their choice is final.

Having a solid base of support is not a bad thing for the Ford PCs. They’re still ahead in the polls. But being stuck in the mid-to-low 30s in provincial support — which is where they were when they lost the 2003, 2007, 2011 and 2014 elections — puts them at risk of falling behind when one of the other parties gets its act together.