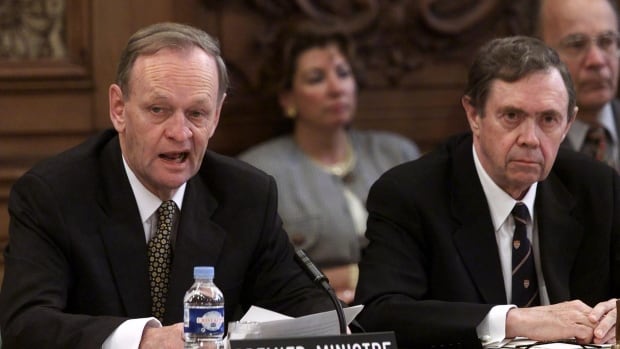 Donald Johnston, a former MP and secretary-general of the Organisation for Economic Co-operation and Development (OECD), has passed away at the age of 85, CBC has learned.

Johnston was the first Canadian and first non-European to be elected as the head of the OECD in 1994. His mandate began two years later, and he would be re-elected for a second term in 2001.

While at the helm of the OECD, he helped to establish the Principles of Corporate Governance, OECD recommendations for good practice in corporate behaviour, that have been adopted as a benchmark around the world.

Prior to his tenure with the OECD, Johnston served as a Liberal MP for the Montreal riding of Saint-Henri–Westmount from 1978 to 1988.

Johnston held key cabinet positions under two prime ministers. He was president of the Treasury Board and later minister of state for economic development under Pierre-Elliot Trudeau, and briefly served as justice minister in John Turner’s short-lived government.

He resigned from the Liberal caucus over the party’s support for the Meech Lake Accord and its opposition to a free trade agreement with the United States, which he supported.

Johnston retired from Parliament when the 1988 election was called, but would later return to the Liberals to serve as the party’s president from 1990 to 1994.