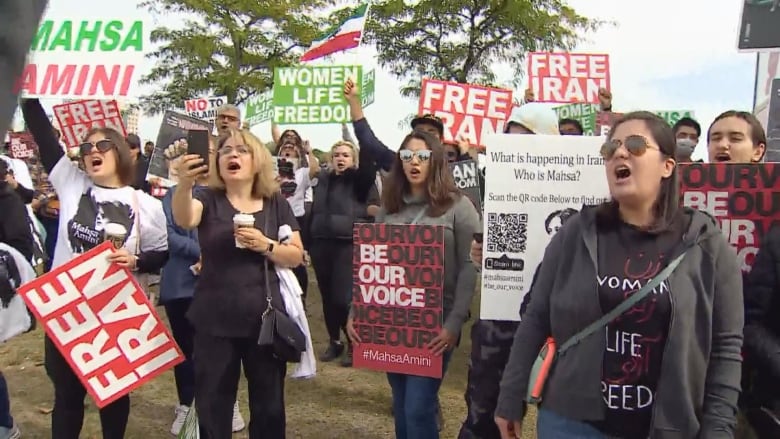 Demonstrators took to the streets in Canadian cities on Saturday to show solidarity with people in Iran protesting the repression of women’s rights following the death of a young woman after she was held by the country’s morality police.

Just north of Toronto, thousands gathered outside Richmond Hill’s Central Library in response to the death of Mahsa Amini, a 22-year-old woman who had been detained by the morality police in Tehran for allegedly wearing her mandatory headscarf too loosely.

She fell into a coma after she was detained and died in hospital on Sept. 16, sparking international condemnation

Iranian-Canadians for Justice and Human Rights, an organization that says it’s made up of community leaders and rights activists, led protestors throughout Richmond Hill’s streets while chanting Amini’s name.

“It’s not just one incident. That’s the anger coming from 43 years of suppression,” said Mehrdokht Hadi, an organizer of the event.

“Mahsa is the symbol. But now, it’s about everybody. This is for Iran, and people of Iran.”

In Ottawa, about 1,000 people marched through the downtown core to the National Gallery of Canada — the second straight weekend protesters have taken to the streets of the nation’s capital.

The goal of the rallies has been to let protesters in Iran know they’re not on their own, said organizer Rosa Kheirandish.

“We’re trying to show them that we are supporting you all over the world, and we’ve got your back,” she said.

In St. John’s, about 300 people gathered at the Colonial Building in support of protesters in Iran.

Mohammad Afkani, one of the event’s organizers, said Amini’s death was a tipping point after decades of brutality.

“There were many Mahsas before in Iran,” said Afkani. “She’s not the first one. She definitely won’t be the last. People are tired of 44 years of the Islamic regime killing people.

“This corruption should be done. We’re tired of this situation.”

Protesters have vented their anger over the treatment of women and wider repression in Iran. The demonstrations rapidly escalated into calls for the overthrow of the clerical establishment that has ruled Iran since the 1979 Islamic revolution.

Meanwhile, thousands showed up on streets in downtown Montreal with crowds carrying Iranian flags and chanting for the liberation of women in the country. They marched from the gates of McGill University to Jeanne Mance Park.

“We are here for them,” said Banafsheh Cheraghi, one of the Iranians who organized the protest.

“They are there not only resisting the Iran regime, but also fighting back. I would feel useless if I were not here today supporting them and echoing their voices.”

Iranian state TV has reported that at least 41 protesters and police have been killed since the demonstrations began Sept. 17. An Associated Press count of official statements by authorities tallied at least 14 dead, with more than 1,500 demonstrators arrested.

WATCH | Protests held around the world in September after Amini’s death: 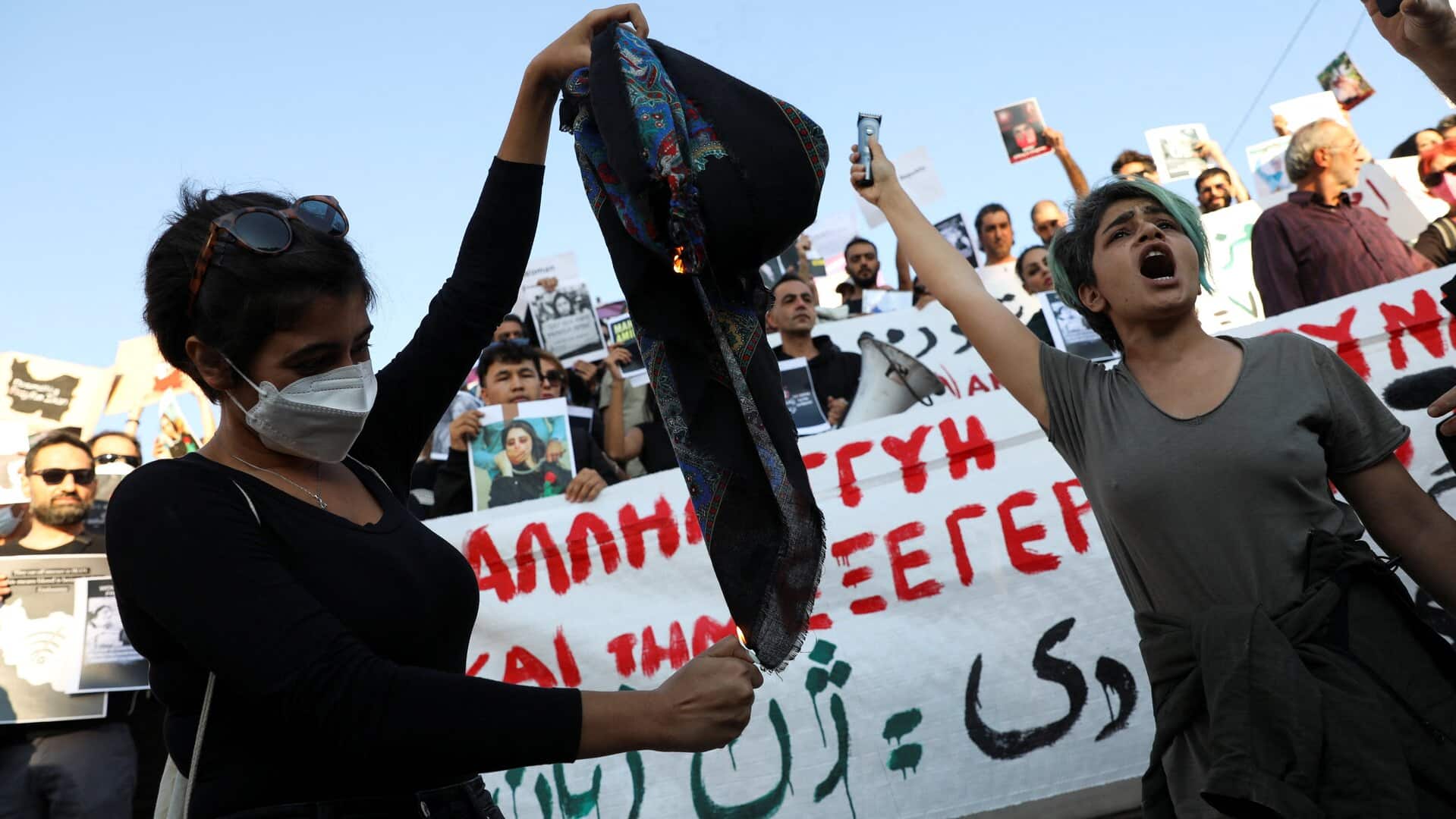 Protesters in Greece cut their hair and set fire to a headscarf on Saturday after the death of Mahsa Amini following her arrest by Iran’s morality police. Demonstrators also gathered in Washington and Berlin to show solidarity with those protesting in Iran.