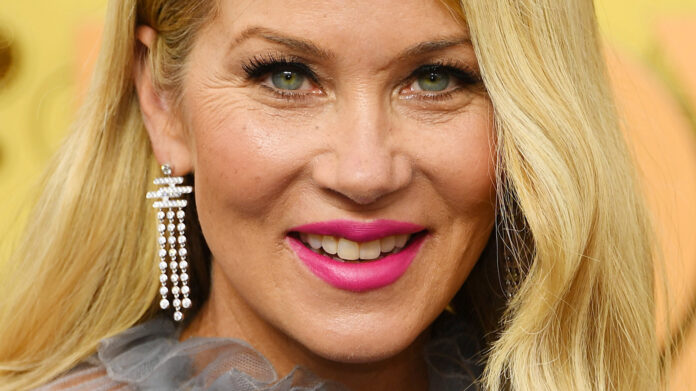 Diana Maria Riva recently appeared on The Adam Corolla Show to talk about “Dead to Me.” When asked to give an update on Christina Applegate amid her MS diagnosis, Riva had nothing but good things to say about Applegate’s work ethic and determined spirit. “Whatever she starts, she finishes … She’s a trooper,” Riva said. The actor also revealed that they both tackled working through illnesses, family deaths, and, of course, the coronavirus pandemic over the course of the show’s three seasons. “It wasn’t easy,” the actor admitted. “But she’s tough. She’s strong. She’s doing it.

When Carolla cited Applegate’s physical condition while receiving her star on the Hollywood Walk of Fame, Riva expounded further. “She has been through a lot … even when she might be going through something, she’s there to support you, she’s there to uplift you,” the actor shared about Applegate. “She reached out to me before I got to see [the third season], and said “Watch the series. You’re wonderful.” Riva also acknowledged her co-star’s “wonderful, crass sense of humor” that made filming a lot easier and funnier. “She’s good people, inside and out,” Riva said.

Riva isn’t the only one who thinks highly of Applegate. According to Entertainment Tonight, several of her fellow “Dead To Me” co-stars have also sung her praises, including Linda Cardellini. “She’s just so incredible … to work with her is a gift,” Cardellini said of Applegate.