Dave Chappelle on Giving Donald Trump a Chance: “He’s Like a Bad DJ at a Good Party” 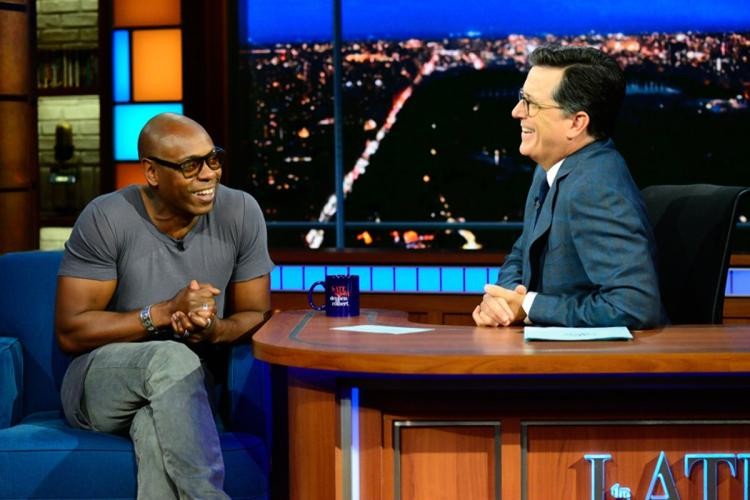 A lot can happen in a short amount of time.

Eight months ago, Dave Chappelle was in a delicate position as the host of the first post-election episode of Saturday Night Live. With the American people divided, the 43-year-old comedian ended his monologue trying to bring the nation back together. “I’m wishing Donald Trump luck,” Chappelle said. “And I’m going to give him a chance. And we—the historically disenfranchised—demand that he give us one, too.” At a charity event in May, the comic admitted he regretted the comment, saying he “f–ked up,” according to MSNBC’s Willie Geist.

So, on The Late Show Wednesday, Stephen Colbert asked Chappelle if he still wants to give Trump the benefit of the doubt. “It’s not like I wanted to give him a chance that night,” he said.

“Listen, man: In the last six months, I think we’re all getting an education about the presidency. I don’t know that I’ve ever heard just in popular discourse people discussing ethics this much, and I didn’t even realize how ethics was supposed to work at that level of government,” Chappelle said. “And he’s putting all this stuff at the forefront.” The late-night host quipped, “Well, nobody really talks about oxygen until someone’s got their hands around your throat.”

“Very true,” Chappelle said. Recalling the beginning of his “Emmy-nominated monologue,” he added, “I contextualized, because I feel like a lot of white Americans finally got to see what an election night looks like for many black Americans every cycle. The shock of it was just like, ‘Come on, man. Come on.’ This is how traction works. I think it speaks to how effective [Barack Obama]’s presidency was. Donald Trump is the other foot. Good foot, bad foot, good foot, bad foot. I think we’re making moves. I think he’s going to make a more informed and better voter. We’ll figure it out. We’ll work it out. He is a polarizing dude. He’s like a bad DJ at a good party.”

The Late Show With Stephen Colbert airs weeknights at 11:35 on CBS.