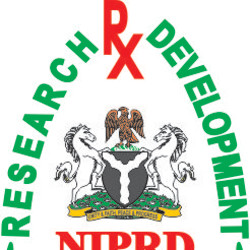 National Institute for Pharmaceutical Research and Development (NIPRD) has emerged as a major player in the national and global response to the COVID pandemic, with a special focus on African Traditional Medicines.

In an interview on Sunday in Abuja Dr. Obi Adigwe, Director-General of NIPRD said that NIPRD provided the internationally acclaimed analysis which substantiated the government’s categorical position on Madagascar COVID-19 organics preparation

NIPRD’s seminal work on the product has been cited by scientists and policymakers around the world. Thousands of lives on the continent were saved as a result of our work.

Millions of dollars that would have been spent on an untested product were saved, and more effective solutions were prioritised,” he said.

Over 20 eminent and erudite Professors from various universities were brought together by the National Scientific Advisory Committee (NSAC) for the first time in the country’s history to verify claims made by traditional medicine practitioners, according to Adigwe.

I convened this body because I wanted to ensure that coronavirus cure claims were subject to the highest international scientific standards, as well as the highest standards of safety and efficacy to protect Nigerians’ lives,” he continued.

Also Read: Lady narrates how she flogged an older woman for slapping her

According to NIPRD’s CEO, the agency has also capitalized on being Africa’s only institute to develop a world-class phytomedicine, from drug discovery to phase 2 clinical trials, to begin work on repurposing Niprimune, with its flagship immunomodulatory agent, to conduct relevant clinical studies for COVID-19.

This year, NIPRD pioneered and strongly advocated indigenous hand sanitizer manufacturing from locally sourced raw materials at the beginning of this pandemic.

Hand sanitizers produced by the institute have become internationally renowned for their high quality.

There are a number of ongoing Randomised Control Trials that are being sponsored by the institute as well as being a technical partner in order to prove the efficacy of conventional medicines, he said.

Some of Adigwe’s successes at the NIPRD can be traced back to his well-resourced faculty, but he singled out the faculty’s improved capacity as one of the key success factors.

This has been accomplished by combining a variety of strategies in just 18 months since my appointment.

A laptop and tablet have been provided for every confirmed NIPRD employee as a result of my appointment, up from less than 10 percent before.

The number of researchers and non-technical staff trained locally and abroad has increased tenfold since my appointment, according to a year-over-year comparison before and after my appointment.

As a result, the quality of the institute’s work has improved, and access to relevant health and socioeconomic variables has increased.

This pandemic prompted the NIPRD to maintain its ISO 17025 certification via remote testing, making it the first in the region to do so.

This training and building of capacity of traditional medicine practitioners, he says, has also begun at NIPRD in India.

In order to ensure a robust and comprehensive engagement with Governors, subnational policymakers, and regulators, as well as to mitigate identified challenges such as paucity of funds, limited information technology capacity, and poor understanding of scientific, policy and regulatory processes, the activity has been decentralized to states and rural areas this year.”

For example, Adigwe noted that in less than two years since his appointment, he was responsible for increasing NIPRD’s visibility in important organizations such as the World Health Organization, the TETfund, Central Bank of Nigeria (CBN), COVID-19 Presidential Task Force, and the National Security Advisory Committee.

On the lack of funding for African Traditional Medicines, he bemoaned the lack of investment, and called on private sector actors to get involved as well as grant-making foundations and development partners.

Nigeria, and indeed Africa, will be able to realize the inherent health and socioeconomic potentials of African traditional medicines, according to the DG of NIPRD.