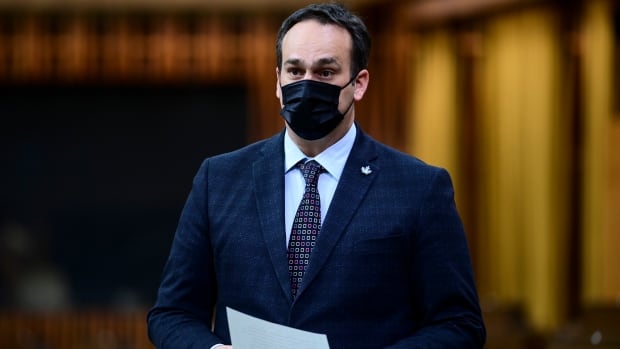 Liberal candidate Mark Gerretsen has written to Canada’s elections watchdog, asking him to investigate whether the Conservatives have broken the Canada Elections Act.

In a letter to Yves Côté, the commissioner of Canada Elections, Gerretsen asked the watchdog to investigate whether the Conservative Party of Canada is colluding with the National Firearms Association (NFA).

Central to Gerretsen’s allegation is that the Conservatives’ national campaign director Fred DeLorey, a former lobbyist for the NFA, has been co-ordinating campaign activities with the association.

“I am requesting that you assess whether there may be grounds to commence an investigation to determine whether Mr. DeLorey’s political activities as a registered lobbyist gave rise to a quid pro quo arrangement between the NFA and the Conservative Party,” Gerretsen wrote.

“Namely, that in exchange for the NFA’s support in ‘targeting’ ridings held by Liberal members of Parliament, the Conservative Party would agree to repeal the assault firearms ban if they were to form the next government.”

DeLorey’s current status on the Registry of Lobbyists is inactive; he has not had a registered contact since June 2018.

Côté’s office confirmed receipt of the letter but would not reveal any details about the complaint.

At a campaign stop in Ottawa on Monday, O’Toole denied the allegation, saying there “is zero quid pro quo” between the Conservative Party and the NFA.

O’Toole came under fire during last week’s TVA French language debate for a campaign promise in his party’s platform to repeal C-71 and a May 2020 order-in-council that banned some 1,500 makes and models of what the government describes as “military-grade weapons.”

The Conservative platform also promises to launch a public review of the firearm classification system. On Monday, O’Toole said that review would be carried out by gun users, gun manufacturers, law enforcement and members of the public.

But O’Toole backtracked on that position this week and edited his party’s election platform, adding language that said while he still intends to repeal both C-71 and the order-in-council, “all firearms that are currently banned will remain banned.”

We banned military-style assault weapons in this country; the only consultations can therefore be: which ones should we un-ban.– Liberal Leader Justin Trudeau

The Trudeau government’s banning of some 1,500 firearms was enacted through regulations approved by an order-in-council from cabinet — and not through legislation.

If an O’Toole government would immediately repeal that order, it remains unclear how the guns affected by the order would remain banned.

It also remains unclear how the guns would remain banned if O’Toole plans to hold a review of the process for deciding which guns should be banned.

When O’Toole was asked if he would keep the 1,500 guns banned even if his planned review suggested the guns should all be made legal once again, the Conservative leader would not commit to a position.

“I’m not going to pre-judge that process, because I should not be running that process. It should be a process that allows for a transparent review to remove the politics out of this,” O’Toole said Monday.

In response, Liberal Leader Justin Trudeau accused O’Toole of speaking out of both sides of his mouth.

“You can’t promise one day in your platform to repeal our assault [weapons] ban and then the next day pretend that you’re gonna lead consultations in partnership with the gun lobby. Come on,” Trudeau said during a campaign stop in Welland, Ont., on Monday.

“We banned military-style assault weapons in this country; the only consultations can therefore be: which ones should we un-ban.”

In an unrelated development, according to correspondence from Côté’s office to the Conservatives, which was seen by CBC News, the elections watchdog has agreed to look into a Conservative allegation that Martin Francoeur, the Liberal candidate for the Quebec riding of Trois-Rivières, sought political contributions from former colleagues through their partners.