Lady narrates how she flogged an older woman for slapping her

A Nigerian lady has narrated how she flogged an older woman for slapping her.

Also Read: Shawn Mendes and Camila Cabello: A Timeline of Their Adorable Relationship

According to @fatgirlwithin, the incident occurred after someone in her estate parked in front of her apartment even though they all have allocated spaces.

She claimed that she politely tried to express how displeased she was with the older woman who came down to repark the car but was shut down by the woman who also pulled the “old age and respect card,” telling her she wouldn’t move.

Also Read: Everything BiP’s Kendall Long and Joe Amabile Have Said About Their Split

The Twitter user said the older woman slapped her after she responded to her insults, and in return, she slapped the woman back and flogged her with a horsewhip. She also alleged that the woman threatened to call the police after the incident. 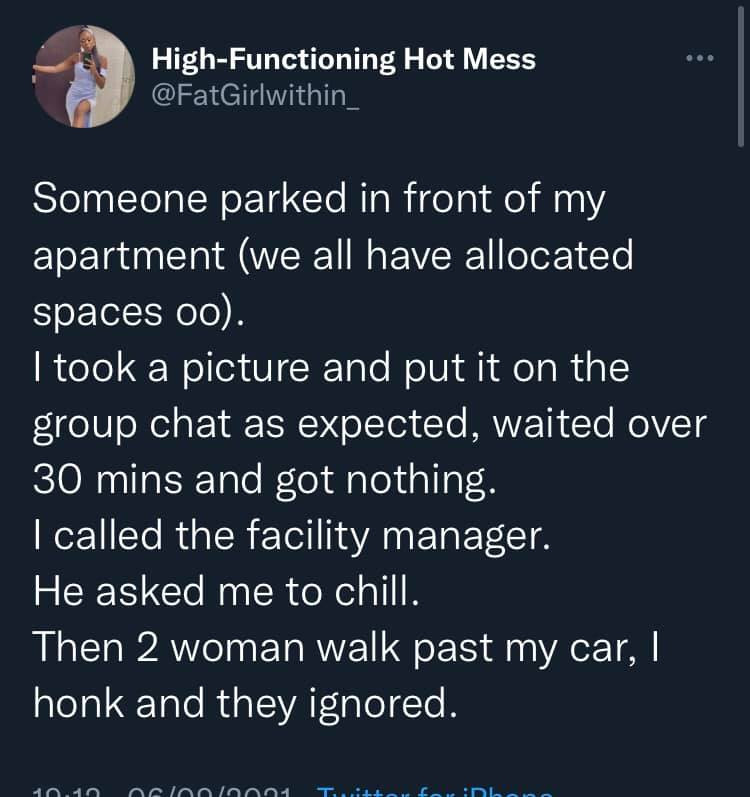 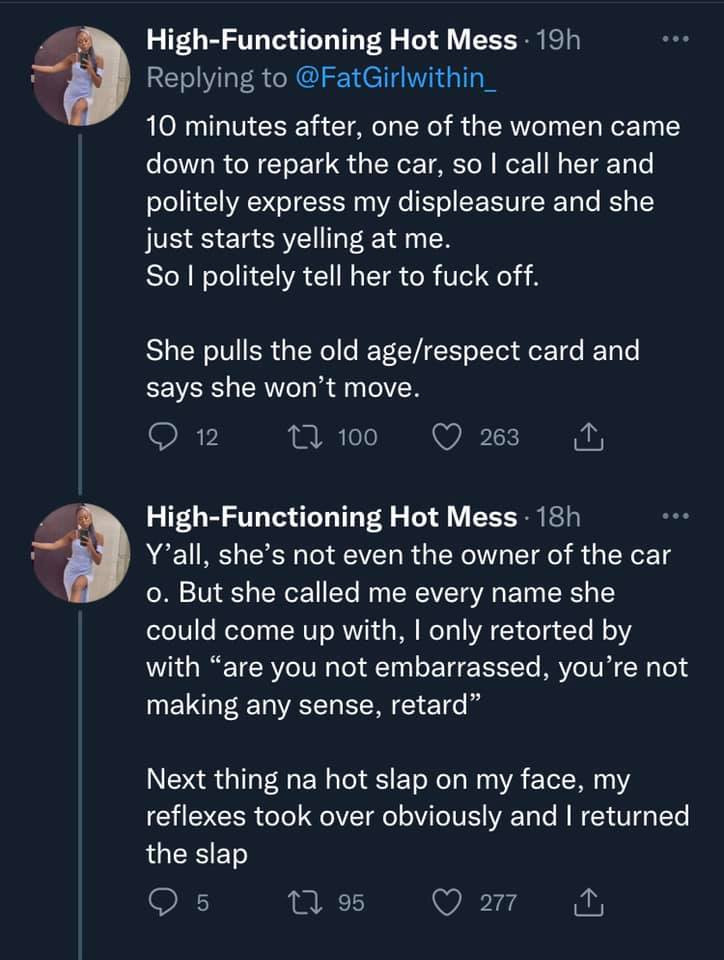 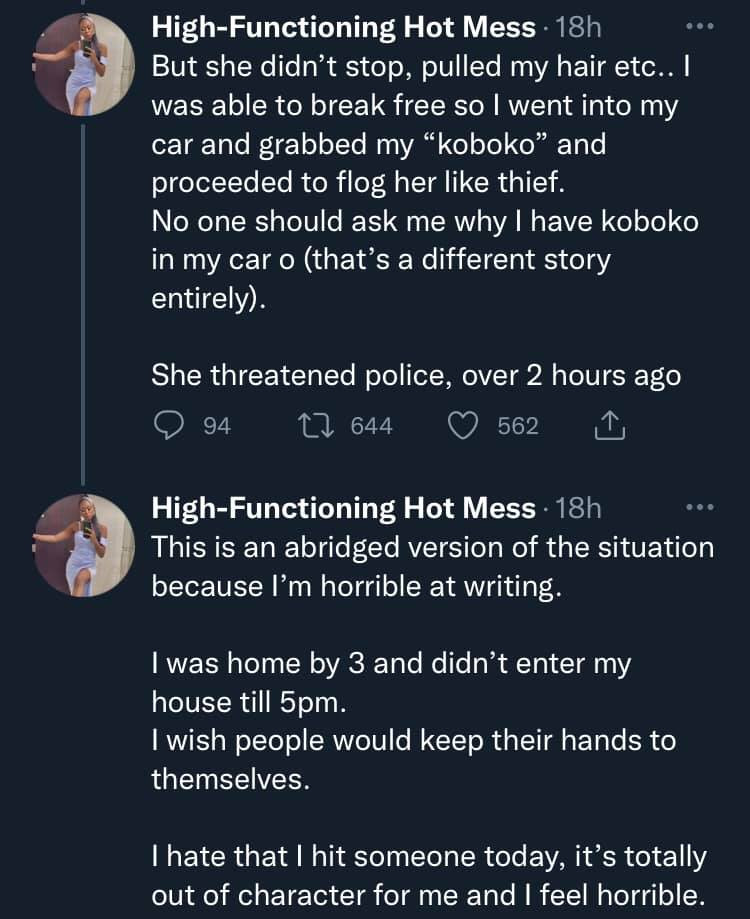 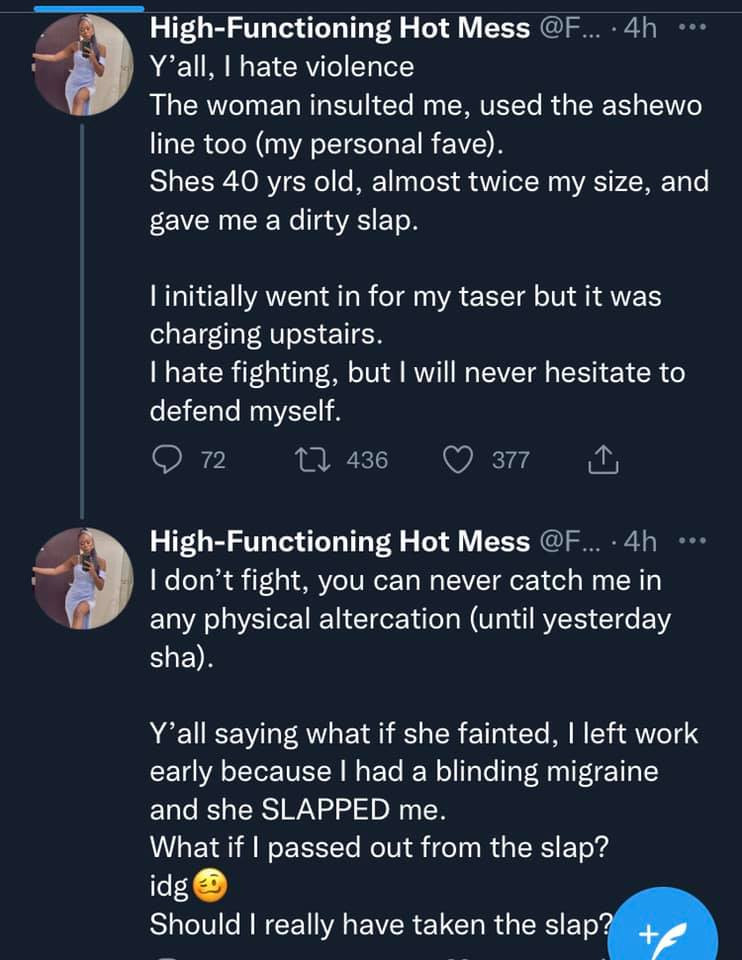