COVID-19 may be the catalyst — not the cause — of a painful but useful economic transformation: Don Pittis 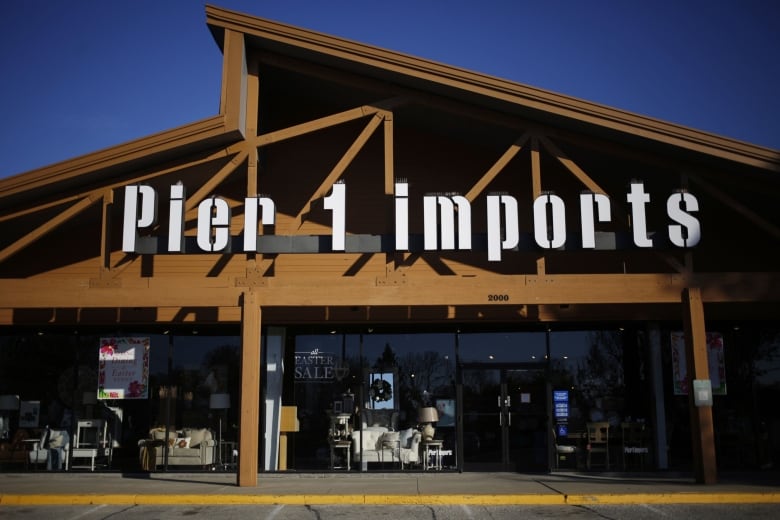 COVID-19, As people are thrown out of work, as businesses fail and as the oil and housing sectors weaken, there is a branch of economics that insists it all may have a silver lining.

Just last week the retailer Pier 1, familiar to many Canadians, gave up attempts to refinance and announced it was shutting its doors for good. Almost simultaneously, the venerable Canadian fashion chain Reitmans went into bankruptcy protection.

Those are just some on the list of famous names that are in financial trouble during this COVID-19 lockdown, including J.Crew, JCPenney and Cirque du Soleil.

As people stop flying, the head of Boeing has suggested a major U.S. airline may fail, and globally, many smaller carriers are at death’s door.

As the CMHC worries Canadian real estate prices will crash by as much as 18 per cent, the oil industry struggles to recover from negative pricing and unemployment rises toward Depression levels, it is hard to see the bright side.

But according to the theory of creative destruction derived by German economist Joseph Schumpeter in 1942 from ideas proposed by Karl Marx, economic and technological progress demands that businesses must die and industries and paradigms must be swept away to make room for new ones.

Canadian economist Peter Howitt, recent winner of the Frontiers of Knowledge Award for his work proving Schumpeter’s principles in the real world, said that while the creative destruction process is happening all the time, economic crises speed the process along.

“When old firms or technology or skills or whatever are hanging on, they can last a long time until things get really bad,” said Howitt. “It’s typically during a recession that a lot of the destruction takes place.”

The implication is that while those in retail or the oil business or the real estate industry may insist that the COVID-19 lockdown has been the cause of their failure, the economic crisis may instead be a trigger, a catalyst for a process already underway.

We already knew traditional retail was being challenged by tech giants Shopify and Amazon or by big-box discounters like Costco, but it was the downturn that pushed struggling companies like Pier 1 over the edge.

Part of a reset

Many have suggested in the past that the overleveraged housing market was an accident waiting to happen. In a broader sense, some economic thinkers say the current backlash against China and against globalization or even against the social structure of rich and poor is part of a reset for which pressure was already building.

According to Stephen Williamson, an economist at Western University, it may be dangerous for governments to try to push too hard against the economic forces at work in dying industries such as the fossil fuel sector.

“It doesn’t look like, at least the exploration and extraction part of the industry, is really viable a long time into the future,” said Williamson. “It seems hard to justify a huge bailout for those guys.”

From the smallest businesses to the largest, the rigours of recession can act as a torture test.

For businesses like that of Sean Davey, who after losing his job with the Royal Bank as a stock analyst in 2016 turned his mathematical skills to founding Rithmetic Math Club, surviving recession can mean prosperity afterwards.

Slipping into the language of his former job, Davey said his idea was to create “a cash-flow positive, low-risk business” that could grow slowly.

By converting his after-school sessions to Zoom, Davey said the vast majority of his 100-odd clients remain on board and he expects business to grow despite the disruption.

“What is in little doubt is that the COVID-19 crisis, which has turned so many people’s lives upside down, will eventually produce a wealth of new business opportunities,” The Economist magazine said earlier this month in its Schumpeter column, named after the famous German.

Putting on a happy face

Responding to a complaint from some critics that creative destruction is merely a way of putting a smiley face on economic destruction, even as a proponent of the idea, Howitt does not minimize the notion that economic change is a painful process.

“Since the industrial revolution, people’s lives have been destroyed by new technologies,” he said, and while there are winners, workers and investors in the so-called “sunset industries” such as dying retail pay a price.

Both Williamson and Howitt say that even while it may pave the way to future innovation, a recession hurts innovators, too, as investment capital dries up and lenders withdraw from risk.

At the University of Toronto’s Creative Destruction Lab, that gloomy view cannot stand in the way of Mara Lederman, who is firmly focused on the creation side of the creative destruction dichotomy.

Founded by artificial intelligence pioneer Ajay Agrawal at U of T’s Rotman School of Management, CDL has been turning “deep science” generated by university scholars into businesses that help transform the economy.

Lederman said a motivation for the non-profit lab was that Canadian universities were doing incredible science that only other scientists would see.

“What we need to do is take the science that’s being discovered and turn it into businesses, products and services for the betterment of humankind,” she said.

As an economics professor, Lederman is well-versed in Schumpeter’s ideas but she sees the current volatile times as an incentive to develop new ones. That’s why the group founded a new division called CDL Recovery to address health or economic recovery challenges created by the global COVID-19 crisis.

The group has already helped accelerate projects, including a wristband to determine if employees fail to maintain physical distancing, a system to monitor long-term care in a time of pandemic and a technology that uses artificial intelligence vision to keep track of care residents with a tendency to wander, to mention just a few, said Lederman.

“Are we in the kind of situation that is going to unleash creative destruction? I think the answer is yes.”