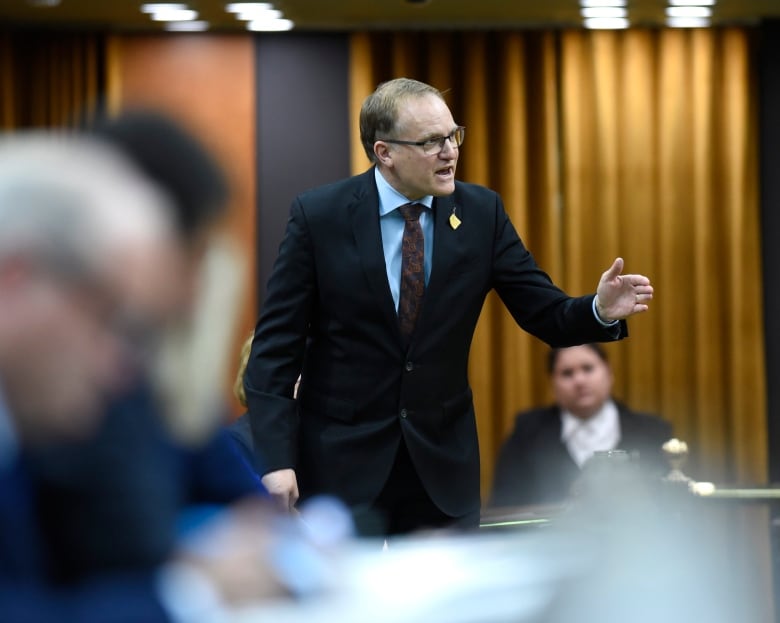 The Liberal government has tabled a motion that would see Parliament’s special committee on COVID-19 meet for an additional day each week — a proposal that would involve a limited number of MPs convening in the House of Commons alongside members outside Ottawa, who would join the proceedings via videoconference streamed into the chamber itself.

The motion, to be debated in the Commons Monday, would have the federal government’s special COVID-19 committee meet Mondays, on top of three existing sessions per week.

“We think [the proposal] is reasonable,” said Mark Kennedy, a spokesperson for House Leader Pablo Rodriguez’s office. “We think it ensures accountability and transparency and as well it respects public health advice.”

The proposal is a departure from the government’s present arrangement of holding virtual committee meetings on Tuesdays and Thursdays, with one in-person sitting in the House of Commons on Wednesdays.

That arrangement — which is set to expire May 25 in the absence of a new deal — was backed by the Liberals and other opposition parties in April, though the Conservatives rejected the agreement in favour of more in-person sittings.

If the Liberals’ motion is adopted, MPs would convene four days a week, with members from across the country visible on two large television screens installed in the Commons.

There is no consensus between parties on how many MPs would be allowed inside the chamber, but the Conservatives have calculated that it can hold 50 members while still respecting physical distancing.

Restrictions put in place to slow the spread of COVID-19 — such as distancing guidelines and limiting cross-country travel for non-essential purposes — have thrown a wrench into the way Parliament normally operates, which usually sees all 338 MPs and House of Commons staff meet weekly in the chamber. All parties initially agreed to suspend the Commons back in March at the onset of the pandemic.

WATCH: Conservative Leader Andrew Scheer on how Parliament should return May 25

Conservative Leader Andrew Scheer continues pushing the government to reopen Parliament to allow a scaled-down contingent of MPs to return to Ottawa on May 25, consistent with public health guidance on physical distancing. 1:28

The motion also addresses the question of what happens to Parliament during the summer months — a time when the House of Commons typically rises for several weeks.

Under the Liberals’ proposal, the Commons would sit four times a week before adjourning on June 17.

The chamber would then take the unusual step of convening the COVID-19 committee four times throughout the season: on July 8, July 22, August 12 and August 26.

During those sittings, MPs would have the ability to question the Prime Minister and members of cabinet on any topic, not just those limited to COVID-19.

“In the end, the motion would provide more hours for MPs to question the government than [would] even occur now if the House were sitting normally,” Kennedy said. “We look forward to the debate.”

NDP not yet ready to adopt the motion

The NDP says it is supportive of the motion, but wants a promise from the Liberals — who need the backing of another main federal party — to commit specific support to those on sick leave and people living with disabilities who are struggling during the pandemic.

“We’re continuing the discussion with the government on those two issues, which are fundamentally important,” Julian said.

The Conservatives said Saturday that while the party is reviewing the motion, it remains firm on pushing for additional in-person sittings.

On Friday, Conservative Leader Andrew Scheer said that he was not advocating for a full roster of MPs to return to the House of Commons, but doubled down on his position that committee by videoconference does not allow for proper Parliamentary oversight.

“Virtual committee meetings are not a replacement for Parliament, nor are the Prime Minister’s daily press conferences in front of Rideau Cottage,” Scheer said.

In a statement to CBC News, the party referenced its own motion to be tabled next week that would see Parliament declared an essential service, and said it was calling for all committees begin to meet virtually with their normal powers restored.

According to the Liberals’ motion, the Standing Committee on Fisheries and Oceans would be added to the list of eight other committees that are already meeting virtually to discuss matters related to COVID-19 — a move the NDP also supports.

Committees would also be given the green light to study issues unrelated to the pandemic.