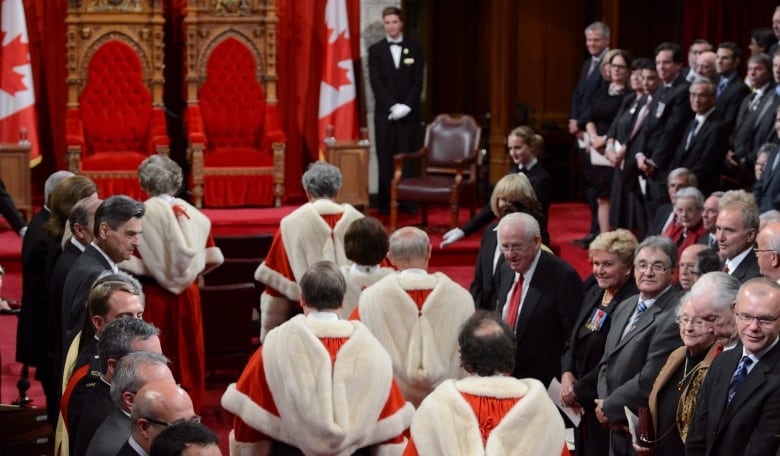 The list of criminal laws passed by the Stephen Harper government that have since been struck down by Canadian courts is growing steadily.

The trend’s latest casualty came Friday, when the Supreme Court of Canada overturned a 2011 change to the Criminal Code that required sex offenders to be automatically added to the National Sex Offender Registry — a lifelong designation for anyone convicted of two sex offences or more.

In a split decision, the court found that the law was “over-broad” and cast “too wide a net” because it captured offenders who presented a low risk of re-offending.

The decision is just the most recent in a long series of court rulings that have undone Harper-era sentencing reforms.

“The Harper sentencing law legacy has caused many years of litigation at extraordinary public expense, but it is slowly but surely being undone,” Lisa Kerr, a professor of criminal law at Queen’s University, said in an email.

Three laws creating mandatory minimum sentences that were passed by Harper’s Conservative government have now been struck down by the Supreme Court, and another 25 have been struck down in various provinces and territories, according to research by Toronto-based lawyer Matthew Oleynik.

Taken together, the rulings suggest that Canadian courts are likely to reject future attempts by lawmakers to limit the decision-making power of judges in sentencing, or to enforce blanket approaches to punishment, several criminal and constitutional law experts told CBC.

Many of the Harper-era criminal law reforms were contained in three major pieces of legislation: the omnibus Safe Streets and Communities Act in 2012, the Protection of Communities and Exploited Persons Act in 2014 and the Tougher Penalties for Child Predators Act in 2015.

These acts, among others, introduced mandatory minimum sentences and otherwise bolstered punishment for a range of criminal offences.

Eric Gottardi, a Vancouver-based lawyer and defence attorney, said “law and order” policies remain popular with voters — despite research from Canada and the United States suggesting that longer jail terms and harsher penalties do little to reduce crime.

Gottardi said he testified at committee hearings during Harper’s time in office to warn lawmakers that the bills might be unconstitutional.

“The prior government just tried to paint whole classes of people with a broad brush,” Gottardi said. “Justice doesn’t have to be a one-size-fits-all kind of approach.”

Carissima Mathen, a professor of constitutional and criminal law at the University of Ottawa, said blanket rules on sentencing are “often just too crude of a tool.”

But mandatory minimum sentences agreed with the “tough on crime” messaging of the government at the time, University of Guelph professor of political science Kate Puddister said in an email.

‘A critical shift in the law’

Because of the ruling, he said, many people convicted of sexual offences will be exempted from being listed on the registry. He said the original legislation was supported by all parties when it was passed.

“This is a critical shift in the law and it disproportionately impacts women and children. It must be taken very seriously,” Moore said in an email statement.

The Supreme Court will rule Friday on a case that tests the constitutionality of a law that prevented a judge from allowing a young Indigenous woman to avoid jail by serving a conditional sentence.

And the government of Prime Minister Justin Trudeau is pushing back Harper-era sentencing changes as well. Legislation is before the Senate that would eliminate mandatory minimum penalties for 14 firearm and tobacco-related offences and six drug offences.

“Any mandatory minimum penalty is on difficult footing,” Gottardi said.