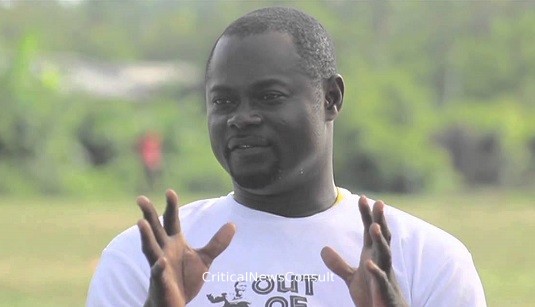 A former Ghanaian footballer, Odartey Lamptey, has won a lawsuit in which his wife claimed 50% share of his fortunes.

An Accra High Court ruled that Gloria Appiah (Lamptey ex-wife) committed ‘adultery’ when she gave birth to three children outside wedlock and subsequently nullified her request of being given half of her ex-husband’s wealth.

Lamptey who granted an interview after the ruling said he is grateful that all he had gathered through his toils for the past 21 years did not go in vain.

He said, “I thank God for taking me through this fight successfully because I didn’t know how far I could go. Though I’ve lost a few properties, I’m very content that at the end of this case, I have retained most of them and I’m still alive too.

“When I was informed that the three children were not mine, I know how I felt. Playing the role of a father to children I thought were mine for 21 years and realizing otherwise later, I nearly committed suicide. God gave me a renewed energy and courage to withstand these pains and today, I can say I have gotten over them all.

“And today, with the final judgment, I thank God that my properties, my school and others I have kept them. She can take the little awarded to her.

“Today the divorce has been granted and that burden that was on me is gone. Now, I’m a free and happy man, ready to start life again.”

The relationship between Odartey Lamptey and Gloria Lamptey went sour in 2013 after DNA results revealed that he was not the biological father of his three children after 20 years of marriage.

Lamptey has insisted he never asked his estranged wife to sleep with other men to get pregnant for him over claims he was ‘impotent’.

The ex-Ghana star now has two children with an actress  Ruweida Yakubu.