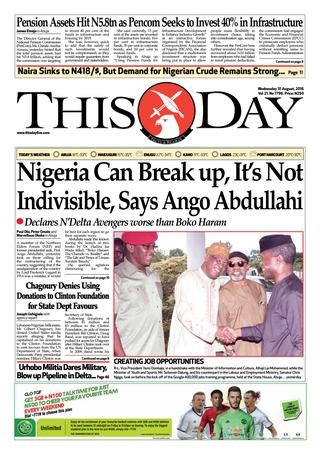 President of Concerned Nigerian Network in Diaspora, Mr. Erebuoye James, has called on Nigerians, including those in Diaspora, to be patient with President Muhammadu Buhari, shun protest and wish him quick recovery.

James made the call in a statement on Tuesday in Abuja, and said the Buhari-led administration meant well for Nigerians.

He was reacting to recent protests by some groups calling on Buhari to either return to the county or resign, having been abroad for medication since May 7.

One of the groups, a coalition of Concerned Nigerians led by Mr. Deji Adeyanju, had announced sit-out protests that would hold simultaneously in Nigeria and London.

The London protest took place at the Abuja House, where Buhari had been receiving medication.

James said that this was not the time to protest against a president that was poised to ensure that the country was developed, but a time to support him and pray for his speedy recovery.

He, therefore, pleaded with Nigerians in diaspora not to allow themselves to be used by corrupt politicians to stage any protest against the administration because the president was out of the country for medical attention.

He said there was need for Nigerians to join efforts with the Federal Government to fight corruption, which was inimical to the country´s development.

James maintained that Nigeria could be greater and become the envy of other nations when it was free from corruption.

Similarly, a spokesman for the president, Malam Garba Shehu, had said that Buhari had not committed any offence against the Constitution by going for medication abroad.

He said the president followed due process and formally handed over power to Vice President Yemi Osinbajo before travelling.