Coronavirus death toll rises to 427 with more than 20,000 people worldwide infected by the flu-like virus 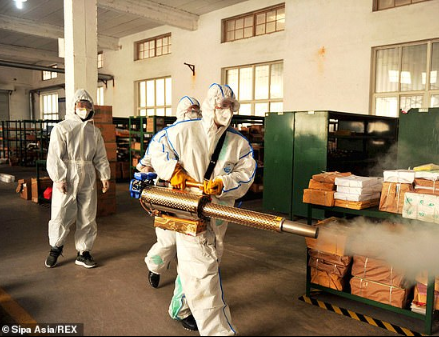 The death toll from the coronavirus outbreak has risen to 427 while the total number of cases worldwide is at 20,695, officials said on Tuesday.  The National Health Commission confirmed that the death toll, which was at 361 on Monday, increased to 427 by Tuesday after 65 people passed on. All of the new deaths on Tuesday were in central Hubei province, the epicenter of the virus outbreak. Of the 20,695 confirmed cases of coronavirus, 2,790 are in critical condition, according to Worldometers.info. 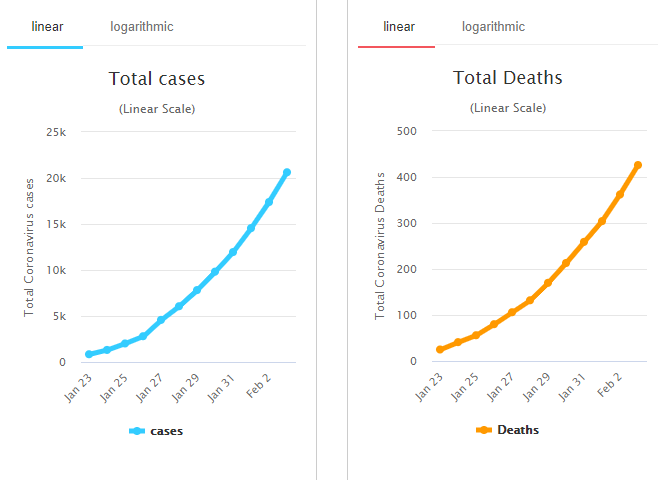 So far, 730 people have recovered from the flu-like virus which has been recorded in 28 countries and territories, including the United States, Japan, Thailand, Hong Kong and Britain.

Share
Facebook
Twitter
WhatsApp
Pinterest
Linkedin
ReddIt
Email
Print
Tumblr
Telegram
Mix
VK
Digg
LINE
Viber
Naver
Previous articleAbacha’s $308 million loot to return to Nigeria as FG and US sign agreement, what will they use the money for, story for another day
Next articleChelsea Stars Tammy Abraham And Fikayo Tomori Pictured Hanging Out With Davido In Dubai (Photos Below)