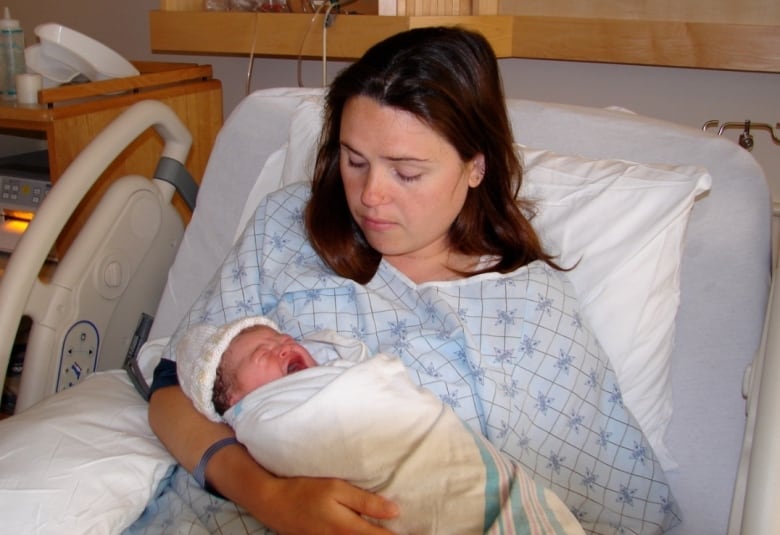 A Toronto company that was paid to store potentially life-saving stem cells from the children of roughly 3,000 clients across Canada is now claiming in a lawsuit that all the samples stored by the business were destroyed nearly three years ago.

But clients of Cord Blood Bank of Canada (CBBC) say owner Bernartka Ellison never told them their children’s samples are no longer viable — and in some cases, the company charged clients the annual storage fee after the samples were allegedly destroyed.

“I kind of feel ripped off,” said Shannon Callaghan. “I’m very angry about this whole situation.”

The Georgina, Ont., mom is one of a handful of clients who confirmed to CBC News they were charged for storage of their child’s umbilical cord blood after Ellison alleges all the samples were destroyed in October 2018.

Callaghan was last charged in July 2019.

The recent claim about the destruction of the samples is the latest in a series of revelations Ellison never communicated directly to clients. The lack of transparency — which some clients had previously written off as poor management — now has some parents feeling scammed out of a chance to help their children, should they need it.

“As parents, we don’t do this because we have money to burn,” said Callaghan, who estimates she’s spent $3,500 on initial fees and annual storage since her 15-year-old daughter was born.

“There is cancer in my family; if I could do something for my child in the event that it should be passed down to her, I would like to know that I’ve done my part,” she said.

Umbilical cord blood contains stem cells that can be used to treat some health conditions, such as leukemia, according to Health Canada.

Ellison ‘in process’ of gathering information for class-action

CBC News contacted Ellison to try to get answers about why the CBBC owner hasn’t told clients all of the samples were allegedly destroyed nearly three years ago, and why some clients would then still be getting charged.

In a series of emails, Ellison did not respond directly to questions from CBC News.

But Ellison did state that they “are in the process of gathering information for Cord Blood Bank of Canada clients who are in good standing to join in the certification of our class-action lawsuit” against those the company alleges destroyed the samples.

Ellison, who uses they/them pronouns and previously went by another name, told CBC News each client can expect to claim a sum of $300,000 per sample “from the perpetrators.”

CBC News first reported on the Toronto company four years ago when a client discovered CBBC had failed a Health Canada inspection in 2015, which meant the business could only store samples for potential use for the person they came from — and not for other people.

Ellison had not shared that change with the company’s clients, many of whom said they were sold the service based on the potential use of the stem cells for family members.

In a court filing, CBBC says it had only ever been storing samples for the individual’s use.

WATCH | Ontario mom reacts to Toronto company’s claim that all samples were destroyed:

Shannon Callaghan, a client of the Cord Blood Bank of Canada, reacts to the fact the Toronto company claimed in a lawsuit that all of the cord blood samples stored by the company were destroyed nearly three years ago. 0:29

That alleged storage policy made it unlikely the samples could be used at all, as there’s a very low probability that someone’s own stem cells can be used to treat them, according to Health Canada.

So a few parents tried to transfer their children’s samples to another facility.

CBC News previously reported on a Waterloo, Ont., couple who moved their children’s samples to another cord blood banking facility in February 2019. Since then, the couple has launched a $600,000 lawsuit against CBBC and its owner for allegedly failing to store the samples properly to ensure their viability for medical use.

Ellison denies all of the allegations in that lawsuit.

In a statement of defence, CBBC argues the couple’s decision to move the samples put them at risk and “is the most likely cause of any reduction in the viability of the stem cells in the samples.”

The case is still before the courts.

Ellison’s claim that all of the samples were destroyed in 2018 — before the Waterloo couple’s samples were transferred — relates to another client’s efforts to transfer their child’s cord blood.

Toronto police executed a search warrant at the Cord Blood Bank of Canada’s lab in the city’s east end in October 2018 to obtain an Ontario couple’s samples as part of an extortion investigation against Ellison, according to a copy of the information to obtain (ITO) used to justify the search warrant.

The ITO includes a summary of the case written by the lead investigator, which alleges that Ellison was not allowing the transfer of the Ontario couple’s samples until the clients paid a preparation and transfer fee of nearly $16,000, and that Ellison stated that without the payment, Ellison would destroy the samples.

The detective also wrote in the ITO that, “upon further investigation, it came to light that the price suggested to the clients was far and above what any other cord blood facility would charge. As such, Ellison is extorting money from the clients.”

Toronto police spokesperson Connie Osborne told CBC News no charges have been laid against Ellison. But Osborne said she could not comment further because a public complaint has been made to the Office of the Independent Police Review Director (OIPRD) in connection to the investigation.

In an email, Ellison argued the signed search warrants obtained by CBC News from a Toronto courthouse are fraudulent, and said that the Ministry of the Attorney General’s office told them the search warrants “were never in fact granted.”

In April, Ellison sued the Toronto Police Service, the Ontario couple, University Health Network (UHN) and other individuals for a combined $3.5 million in relation to the police investigation and the execution of the warrants against Ellison.

No statements of defence have yet been filed in the case, which is still before the courts.

In their statement of claim, Ellison alleges that while executing the search warrant, UHN employees and police removed the Ontario couple’s samples and “rummaged through the storage unit at the lab, removing hundreds of samples from storage temperatures of approximately –150 degrees and exposing them to room temperature, which is known to cause degradation of cord blood.”

Ellison took that claim a step further this June, in the second of two defamation lawsuits Ellison has filed against CBC.

“All of the samples at [Ellison’s] business were destroyed by two employees of the University Health Network under the direction of Toronto Police Services,” Ellison alleges in the statement of claim.

A UHN spokesperson told CBC News in an email it has no record of the individuals’ named in the lawsuit being employed at UHN.

“Employees of UHN would not be asked to accompany the Toronto Police Service in this way,” said spokesperson Gillian Howard.

Ellison told CBC News in an email the information provided by UHN was not accurate.

More than 50 CBBC clients from across the country have contacted CBC News in the last four years looking for answers about their children’s cord blood samples.

Monique Chisholm is one of them. The Antigonish, N.S., mom said she felt sick when she learned Ellison is alleging all the samples were destroyed in 2018.

“If all the samples were damaged, how could [Ellison] not let us know?,” said Chisholm. “I just don’t know if this whole story is as simple as someone having bad management skills.

In 2014, Chisholm and her husband decided to bank the cord blood of their younger son, Killian. The couple made the decision in part because they hoped advancements in medicine down the line might mean Killian’s stem cells could help his older brother, Cullan, who suffered brain damage during his birth.

“The idea was to help heal our son’s brain, hopefully, one day,” said Chisholm.

Like Callaghan, Chisholm was charged an annual storage fee in February 2019 — after Ellison says the samples were destroyed.

Both women also paid an additional fee for testing that the company said was needed in order to potentially use the samples for other family members, if necessary.

Ellison did not address questions from CBC News about why the company provided that testing service if, as it claims, CBBC had only ever been storing samples for an individual’s use.

Monique Chisholm, a client of the Cord Blood Bank of Canada, talks about how a lack of communication from the Toronto company has left the mother of two feeling ‘scammed.’ 0:31

Now Callaghan and Chisholm are looking for accountability from Ellison.

“I feel that if those samples are destroyed … they have not kept their end of the contract,” said Callaghan. “They have not advised me. They have not been very transparent.”

“[Ellison] has a lot of explaining to do,” she told CBC News. “I think [Ellison] owes myself and all of [their] clients like a Zoom call.”