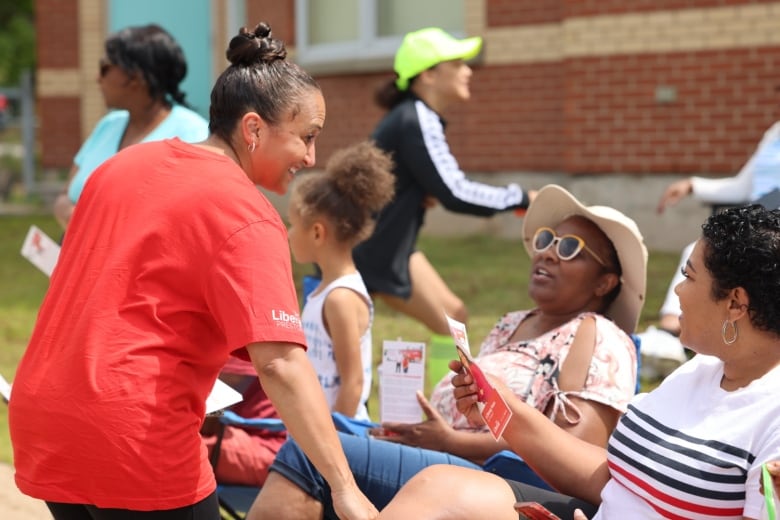 For the first time in more than 20 years, one of Nova Scotia’s oldest and largest Black communities will be represented by a Black MLA — regardless of which party wins.

All three declared candidates in the Preston riding are Black. It’s believed to be the first time in the province’s history any riding has had a slate of all-Black candidates.

“I think it really speaks to the fact that we are now at the table,” said Liberal candidate Angela Simmonds.

“We’re having more of a platform. We have the confidence to actually believe that we can run for these powerful positions.”

All three candidates were born and raised in either North Preston or nearby Cherry Brook, and have spent their lives and careers giving back to their communities in various ways.

Beals is the co-chair for the Preston Township Covid Response Team, which won the 2020 Nova Scotia Human Rights Award.

He was also the African Nova Scotian member of the former Halifax Regional School Board, and said he plans to focus on education and mental health supports for young people if elected.

“The community has given me so much over the years. I think it’s time for me to give back,” Beals said.

Colter Simmonds said he’s passionate about bringing change for the community, especially for the area’s young people, and he feels being “outside the bigger parties” is the best way to do that.

“I want to see the kids wake up in the morning believing that they have opportunities to be whatever their heart desires, whatever their interests are,” he said.

Angela Simmonds of the Liberals is a lawyer, educator and the executive director of the Land Titles Initiative, leading the work to get people in North Preston legal title to their land.

Her move to politics is a way to “lend power to voice” for other people in her community, and would focus on issues like education, justice and the environment if elected.

Atwell and Adams were the first Black woman and Black Canadian, respectively, elected to the Nova Scotia House of Assembly. Adams represented the district from 1993 to 1998, and Atwell from 1998 to 1999. Since then, the riding has been represented by white MLAs.

After being abolished in 2012 and becoming part of the electoral district of Preston-Dartmouth, Preston is now back as a so-called protected district. It’s intended to help increase Black representation in the Nova Scotia legislature — something Colter Simmonds calls “long overdue.”

“If you talk to the community members, you talk about how we were put back here and forgotten, a forgotten people,” he said.

Beals said Preston has “unique” issues and the community needs to be represented by someone who understands them.

The three Black candidates guarantees at least one seat in the legislature for the Black community — something both Beals and Angela Simmonds call “historic.”