Conversion therapy is illegal in Canada. But some U.S. life coaches are offering it to Canadians online 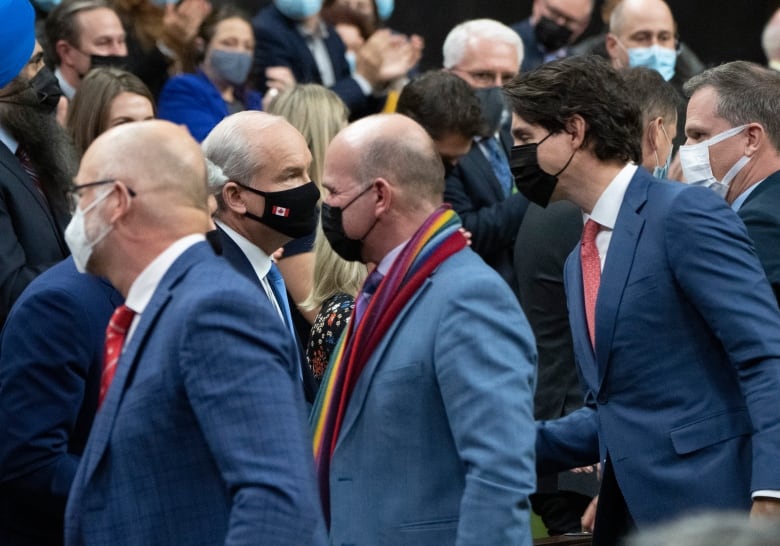 Conversion therapy may now be illegal in Canada, but a new CBC Marketplace hidden-camera investigation is raising questions about just how effective that ban will be in the age of virtual therapy.

The discredited practice, which aims to change or repress a person’s sexual orientation or gender identity, has been denounced in the fields of psychology and counselling in Canada and the United States.

Since Bill C-4 went into effect on Jan. 7, it’s been illegal to force anyone in Canada to undergo conversion therapy, to profit from, promote or advertise the practice, and to take a minor abroad to receive it.

But as part of a broader investigation into the unregulated life coaching industry, Marketplace discovered that multiple life coaches in the United States, where there is no blanket ban, are still offering conversion therapy to Canadians.

“I’ve known men, and I’ve experienced this myself, too — you can get to a place where you de-sexualize the desire for men,” said Rich Wyler, a Virginia-based life coach, when counselling a Marketplace producer who went undercover as a client seeking advice about his sexual orientation.

CBC News went undercover to speak with Wyler to better understand the life coaching services he offers. The producer was clear that he was Canadian, that he was seeking help related to his sexual orientation, and that Canada was in the process of banning conversion therapy.

At the time of their online meeting in December, it was one day after the bill received royal assent, but still a month before it went into effect.

Marketplace also spoke with two other U.S. life coaches offering conversion therapy to Canadian clients. Speaking after Canada’s ban was active, both coaches said they would be able to help with same-sex attractions and that they weren’t concerned about taking on a Canadian client. One coach even mentioned having multiple Canadian clients already.

What they’re doing speaks to a potential grey area in the new Canadian law. The Department of Justice says there may be grounds to charge someone in another country offering conversion therapy to Canadians virtually, but it will have to be looked at on a case-by-case basis.

Wayne MacKay, a professor emeritus at Dalhousie University’s Schulich School of Law in Halifax, says that in practice, it’s going to be difficult to enforce Bill C-4 in this way.

“It is challenging to hold someone liable for these kinds of criminal offences when they’re operating from outside the country using online mechanisms,” he said.

During Marketplace‘s session, which lasted just over an hour, Wyler asked the producer about his struggles with his sexuality, using his own experience undergoing reparative therapy as a success story.

“The therapy you had with others, that said you can’t try to, you just need to be gay, obviously that wasn’t working. So we gotta find an approach that’s affirming,” he said. 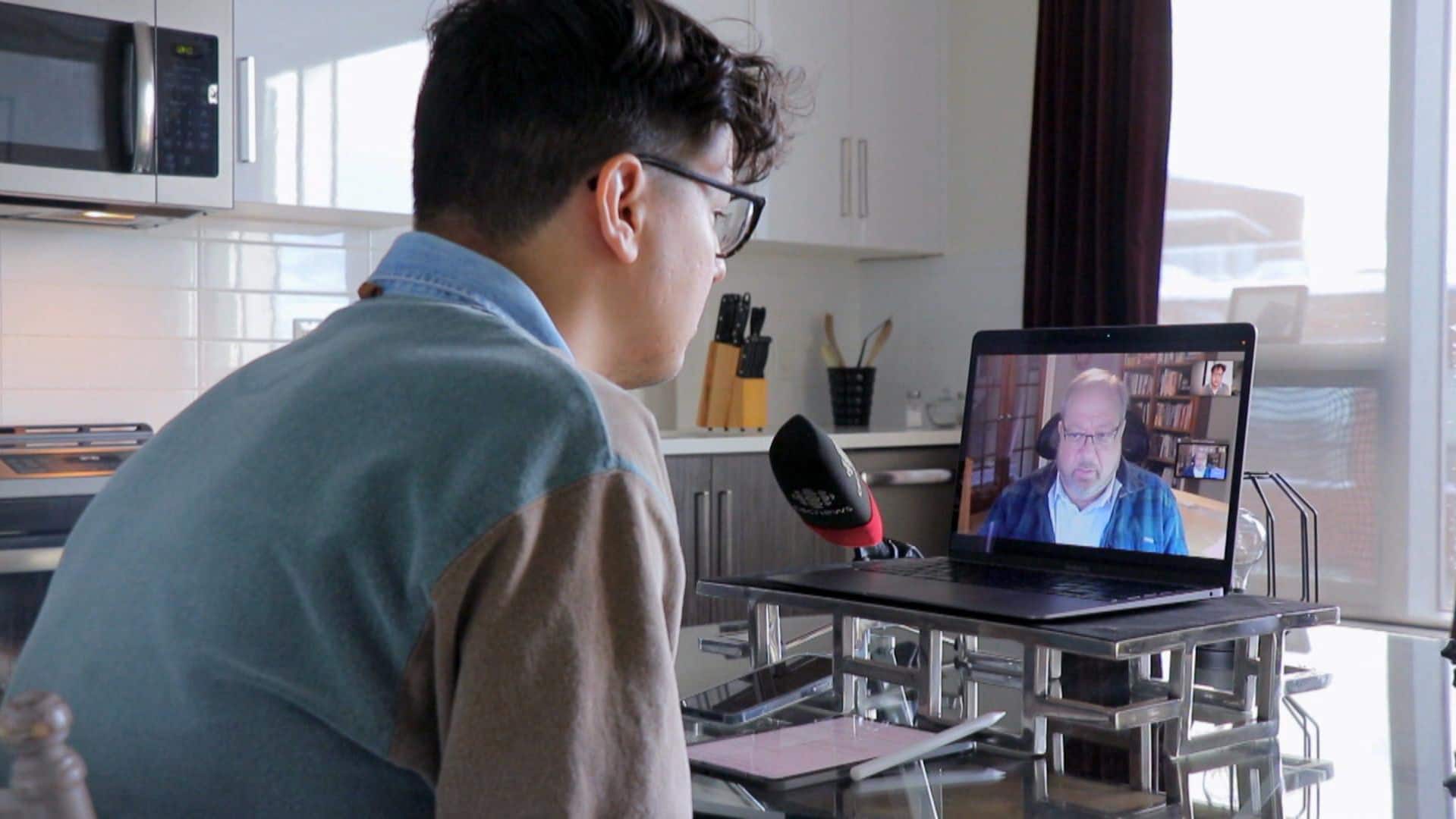 An American life coach was caught on camera offering online conversion therapy to an undercover CBC producer. A session with our producer reveals issues within the unregulated life coaching industry. Since this session, conversion therapy has become illegal in Canada, but it is still legal in the U.S. 5:01

When asked about his credentials, Wyler said he was self-taught, with 20 years of experience.

“I don’t have a degree, I don’t have a license … but I’m very specialized in this niche, so in a lot of ways, I know a lot more than your typical therapist does about this.”

Producers spoke with multiple mental health professionals, who unreservedly condemned any practice that would advise people to alter their sexuality.

Jack Drescher, a psychiatrist and psychoanalyst in New York who has studied the corrosive effects of conversion therapy, said because the industry is unregulated and anyone can call themselves a life coach, conversion therapists are likely using the title to lend an air of credibility to their practice.

“You know, there are reasons why we regulate and license health mental health professionals,” Drescher said.

During his session, the producer also mentioned he was experiencing severe depression, anxiety, drug use and having thoughts of self-harm.

Instead of immediately referring the producer to a professional, Wyler continued to question him on his past.

“I’m really sorry to hear that it would cause you that much pain. That’s really unfortunate,” he said, before asking “When you say you were as early as junior high, you felt that attraction, was it boys your age?”

“If the potential client says, “I’m thinking of self-harm,” all the alarm bells need to go off. First time it’s mentioned, the next sentence would be, “Tell me about that.”‘

It was only on the fourth separate mention of self-harm that Wyler recommended the producer see a professional.

When Marketplace contacted Wyler for a response, he said details of the session were being taken out of context and objected to not being allowed to review a recording of his full session with the Marketplace producer.

“Clearly, your allegations are cherry-picked to fit your narrative,” he wrote in an email to Marketplace.

Matt Ashcroft, one of the most outspoken voices heralding Canada’s recent ban, is a survivor of Wyler’s conversion therapy.

“I just can’t believe that he hasn’t learned from the people that he has hurt,” said Ashcroft, who lives in Toronto.

In addition to his life-coaching practice, Wyler is the founder of Brothers on a Road Less Travelled, a non-profit organization that runs experiential camps several times a year, predominantly for men struggling with their sexuality.

Ashcroft says he was driven to enrol in Wyler’s camp to try to improve a relationship with a family member.

On the weekend he attended in 2014, he says he was asked to participate in exercises such as “healthy holding” (where men hold each other to experience non-sexual male touch) and psychodramas in which participants were asked to watch re-enactments of past traumas, including, in one case, a sexual assault.

He says he felt he had little choice but to stay on the path the camp laid out for him. He later signed up for group life-coaching sessions with Wyler, thinking he could navigate his sexuality safely with someone he thought he trusted.

“He was trying to sell me a lie, and it really affected me. Big time,” Ashcroft said.

Eventually, Ashcroft broke ties with Wyler and his organization. He said he went from being treated like family to being ostracized.

After he lost touch with Wyler, Ashcroft said, he attempted to take his own life.

“I felt like I was disposable, and I really hated myself,” he said. “That identity crisis just kept on going, and going, and going, until like, I was at the point where I just couldn’t handle it anymore, and I tried to overdose on drugs …  I just didn’t feel like anybody would care about me.”

Today, Ashcroft lives near Toronto’s gay village. He said he still feels the weight of all he’s survived.

“I’m still living with the pain and the suffering at this very day,” he said.

“The best thing that I can do is to tell my truth … but I also want to try to prevent folks like Rich to not do this to anybody ever again.”

This guide from the Centre for Addiction and Mental Health outlines how to talk about suicide with someone you’re worried about: https://www.camh.ca/en/health-info/guides-and-publications/when-a-family-member-is-suicidal