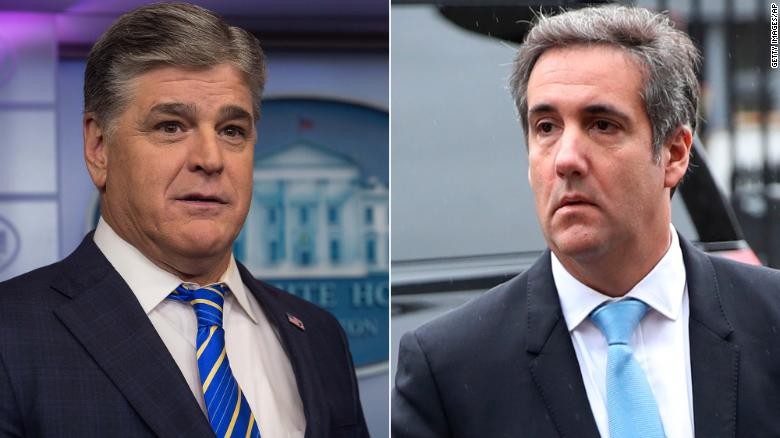 New York (CNN)A US judge said President Donald Trump’s personal attorney Michael Cohen could review materials seized when the FBI raided his home, office and hotel room last week for any communications with the President, but held off on deciding how prosecutors will ultimately be able to use the evidence.

In a hearing that lasted over two hours in a courtroom packed with reporters, Judge Kimba Wood declined to immediately grant Cohen’s request to have an independent arbiter — or special master — review the documents and records. But she also did not immediately give prosecutors the go-ahead to have an independent or “taint team” of investigators review the seized material for items that could be covered by attorney-client privilege.
“I’m denying the motion for a (temporary restraining order) because it’s currently moot. The government is not accessing anything,” the judge declared. “With respect to a preliminary injunction, that, I think, is premature at this point. We have to wait and see what the volume is and how you can argue.” 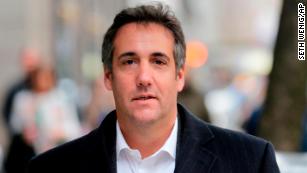 Trump’s lawyers argue against FBI search of Michael Cohen’s records in new filing
Instead, the judge split the decision, ordering both sides to return with an estimate of the volume of evidence that could be covered by attorney-client privilege and then she would decide the expedient way of handling that review.
“I have faith in the Southern District US Attorney’s Office that their integrity is unimpeachable,” Wood said. “So I think that a taint team is a viable option.”
The judge said she would decide whether a special master would adjudicate what investigators can access, as requested by Cohen.
“In terms of perception of fairness — not fairness itself, but perception of fairness — a special master might have a role here,” Wood said. “Maybe not the complete role, but some role.”
The judge asked each side to provide four names as potential special masters, but made clear she has not made a final decision.
Cohen declined to comment on the ruling while leaving the courtroom.
Trump’s attorney Joanna Hendon said she and her client object to the appointment of a special master to review for privileged documents, arguing, “We don’t think a special master will adequately protect the privilege of the President.” The President’s attorneys proposed reviewing the records themselves to decide what needed to be excluded.
Cohen’s lawyer can share subsets of the material with Trump and the Trump Organization for their own privilege review.
Cohen’s lawyers have called the raid “completely unprecedented.”
s prosecutors’ assertion that Cohen had no clients other than Trump in recent years, which they argued meant the potential scope of privileged material would be narrow.
Cohen’s relationship to Broidy surfaced Friday when Broidy acknowledged Cohen had helped facilitate the $1.6 million payment to a former Playboy model who said she became pregnant from a relationship with Broidy. Broidy resigned from his position as deputy chair of the Republican National Committee on Friday when the payment became public.
Broidy admitted to the relationship in a statement but did not address whether he had impregnated the woman. He said Cohen reached out to him after being contacted by Keith Davidson, an attorney for the woman, and that he retained Trump’s lawyer “after he informed me about his prior relationship with Mr. Davidson.”
Davidson also represented former adult film actress Stormy Daniels and Karen McDougal, a former Playboy model. Both women claimed to have had affairs with Trump, who has denied the allegations, more than a decade ago.
The search warrant authorizing the Cohen raid indicated that prosecutors were looking into potential bank fraud, wire fraud and campaign finance violations, sources told CNN last week. The warrant also sought information that included payments allegedly made to keep Daniels and McDougal silent.
Daniels attended Friday’s hearing, entering at the end, and was directed to a metal folding chair along the wall of the courtroom. Her attorney, who was also present, did not speak during the hearing. She did address a throng of news cameras in front of the courthouse afterward.
“He has played by a different set of rules, or should we say no rules at all,” she said of Cohen. “He has never thought that the little man, or especially women, and even more, women like me, mattered. That ends now.”
“My attorney and I are committed to making sure that everyone finds out the truth and facts of what happened, and I give my word that we will not rest until that happens,” Daniels said.
Share
Facebook
Twitter
WhatsApp
Pinterest
Linkedin
ReddIt
Email
Print
Tumblr
Telegram
Mix
VK
Digg
LINE
Viber
Naver
Previous articleLove letter from George HW Bush to Barbara from WW2 goes viral
Next articleTrump ‘will walk away’ if North Korea talks not fruitful