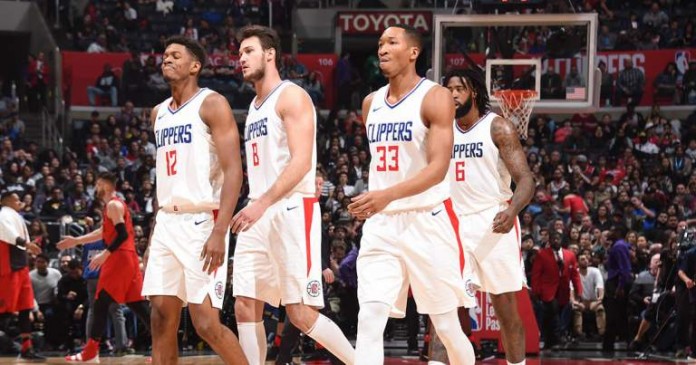 It’s been a long week for fans who have supported the LA Clippers for several years. First, there was the death of Rasual Butler, the guard/forward who spent two separate terms with the franchise, and then the sudden, shock trade of the biggest home-grown talent in franchise history, Blake Griffin.

While the Griffin trade was a shock, it wasn’t unexpected. The Clippers have underachieved the past five years, failed where success seemed guaranteed, and generated debates about their future every summer over the last three years. And the team should have broken up in 2015, when DeAndre Jordan skipped to Texas, holed up in Dallas, and contemplated the $80-million, four-year contract offer the Mavericks dangled in front of him.

The man who led the delegation to convince him to return ‘home’, himself skipped town for Texas two summers later.

Then, while DeAndre was still gathering his thoughts, rejoicing in leading a team that has just seen the other big name out injured in the early part of the season make a comeback, Griffin was sent to Detroit. The odds are that Jordan himself may still be a pawn in the new game the Clippers are playing: the catch-up that Cleveland Cavaliers have started, the Houston Rockets joined in on and the Oklahoma City Thunder are participating in. The race to bridge the gap between Golden State and the rest, the race to wrest the championship from the Warriors.

The Clippers had won 50 games or more the last five seasons, finished in second place in the Pacific Division three times and reached top of the division twice, and had never finished below the fourth seed in the Western Conference playoff standings. However, injuries to a key player or players at crucial times had ensured that they never progressed beyond the second round. Cue the rapid departures of the past six months.

The Clippers have watched Griffin, who they recently signed to a $171-million, multi-year contract before the latest injury that sidelined him for 14 games, miss a huge part of the last three seasons; in fact, the forward has not played a full season since his rookie year and the 66-game lockout season. Certainly not the health statistics of a player to build a franchise around: the future cornerstone of the Clippers may be in one of the two draft picks included in the Griffin deal, or one of the players they will likely snag in free agency, because they have the cap space.

There remains another problem, however: Doc Rivers. The former New York Knick and championship coach with the Boston Celtics has demonstrated an impatience to build in the past. The degeneration of his Boston Celtics championship side was swift, but his departure at the whiff of rebuilding was even swifter; Rivers left the Celtics for the Clippers in the second of a five-year contract. The only change so far is that while Doc was averse to rebuilding the Celtics he has been quick in decimating the Clippers, and that may be a good omen.

But first, the Clippers have to buckle down, and chase down the playoffs opportunity they have now. They hold down ninth place in the Western Conference, and have a chance to snatch that final spot. So, the game against the Chicago Bulls on Saturday evening will be a good place to start assessing their future. Tobias Harris, Avery Bradley and Boban Marjanovic—the three players that arrived from Detroit as part of the Griffin deal—will make their Clippers debut against the Bulls.

Bucks and Timberwolves set for epic