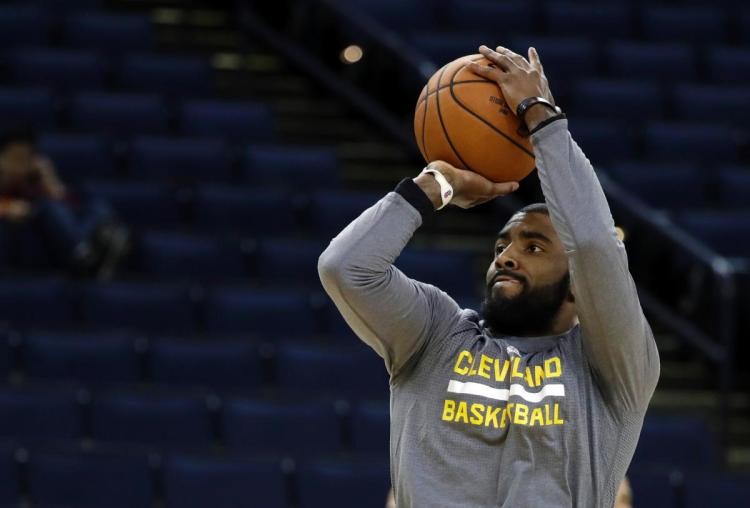 CLEVELAND (AP) — Kyrie Irving’s basketball wizardry isn’t exclusive to the court. He breaks ankles on the couch, too.

“I’m a huge gamer,” Irving said of his passion for playing video games at home. “There’s always competition going on in my house. Me and my friends have these unbelievable competitions, and my competitive streak sometimes gets the best of me.”

Irving’s gaming hobby has turned into an honor.

Cleveland’s talented point guard has been chosen to be on the cover of NBA 2K18, the next edition of the wildly popular video game series enjoyed by fans – and even NBA All-Stars like Irving, who has an uncanny ability to get to the basket and score over taller defenders.

Irving said he was both surprised and humbled by the selection.

“It’s pretty cool that they even considered me for the cover,” he said over the phone from California as the Cavs prepared to face the Golden State Warriors in the NBA Finals. “To be gracing the cover is pretty amazing. I’m glad that I can share it with not only my teammates but the organization, our Cleveland fans and just NBA fans in general.”

One of the game’s best dribblers, Irving has an array of spins, hesitations and crossovers nearly as spectacular and illogical as the ones performed by video holograms. Irving has spent countless hours perfecting his moves, which he can sometimes make look routine.

Irving said he has a mental image of some of his best.

“I think the hardest thing to do, and I don’t want this to be construed as arrogant, but I don’t necessarily get impressed with all my moves,” he said. “I’m just glad that the things that I’m practicing are actually translating into the game because I spend a lot of time working on all those moves and combinations and having the imagination to go out there and try them. It’s one thing to work on them in the gym and make a layup over an imaginary defender and there’s another thing going in on Hassan Whiteside or making a move on the perimeter and going against great shot blockers like DeAndre Jordan and you have to use special finishes.

NBA 2K has been the top-rated and top-selling NBA video game for 16 years. The 2K18 edition will be available worldwide in on Sept. 19.