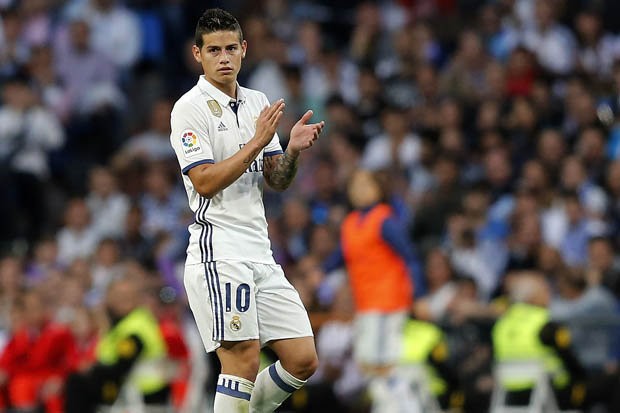 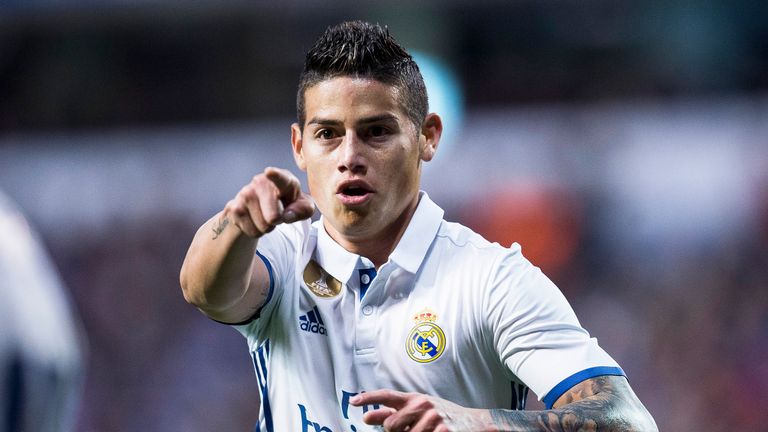 James Rodriguez was left out of Real Madrid’s matchday squad for the Champions League final to heighten talk of a summer exit.

Rodriguez, who joined Real from Monaco for £71m after helping Colombia reach the quarter-finals of the 2014 World Cup, has already been widely tipped to leave the Bernabeu this summer after a lack of playing time under Zinedine Zidane.

But his omission even from the substitutes’ bench for Sunday’s showdown with Juventus in Cardiff will further alert potential suitors.

Sky sources understand Manchester United have been offered the chance to buy the attacking midfielder this transfer window, though it is understood Real will seek a sum of around £50m for his services.

Rodriguez has the same agent as United manager Jose Mourinho – Jorge Mendes – and is currently contracted to the La Liga champions until 2020.

“James is wanted by many teams in Europe, and for me Manchester United are the favourites to get him,” Balague said.

“His agent is Jorge Mendes who is very close to Jose Mourinho. He is the kind of player who instead of going to a club that is guaranteed to win the title next season, would be willing to help a team on the up, and Manchester United, with the investment coming in the summer, should be contenders for everything.”

United are understood to have cooled their interest in Atletico Madrid’s Antoine Griezmann, but are interested in another Real Madrid player, defender Raphael Varane.