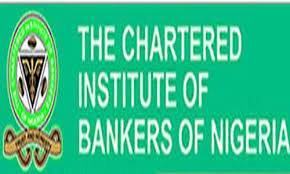 The Chartered Institute of Bankers of Nigeria (CIBN) will induct 1034 new members in Lagos on Aug. 26.

The institute said the new members would consist of 234 newly qualified associates.

Others are: “42 Chartered Bankers in Masters Business Administration (CBMBA), 689 Microfinance Certified of the Chartered Institute of Bankers of Nigeria (MCIBs) and 69 Banking Certificate graduates.’’ CIBN said in a statement in Lagos on Monday that the granduants would be inducted at its 2017 Graduates Induction and Prize Awards Day.

The institute said that a lecture to prepare the minds of the new members for the challenges ahead and particularly to acquaint them with survival tactics in any economic difficulty would be held as part of the ceremony.

It said that the lecture with the title “Entrepreneurship Mindset: Critical success Factor for the 21st Century Professional” would be delivered by Mr Olabode Agusto, the Founder of Agusto and Co.

The institute said the ceremony would be attended by members of the banking community and representatives of corporate organisations.

It said that the Special Guest of Honour would be Mrs Eniola Fadayomi, a Fellow of Institute of Directors (FIoD) and Chairman of African Prudential.

Nigeria news : Ekiti SUBEB to collaborate with NOA on promotion of national values among pupils

Nigeria at 60: Buhari administration has been terrible, I’m sad for nigeria – Oyegun