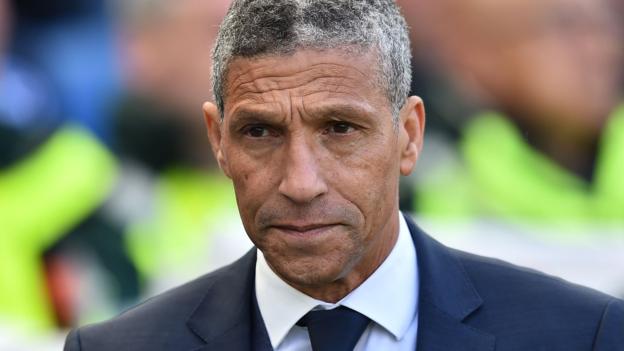 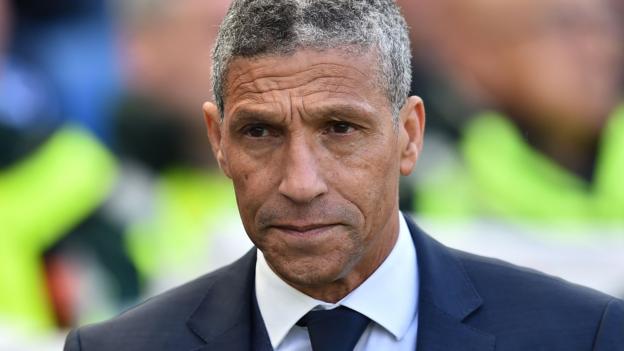 Brighton have sacked manager Chris Hughton after the Seagulls finished 17th in the Premier League.

They won just three of their last 23 league games and none of their final nine.

Hughton, who joined Albion in December 2014, led the club to the Premier League for the first time in 2017, and they finished 15th in their first season back in the top flight.

Swansea boss Graham Potter, 43, who joined the club from Swedish side Ostersunds in 2018, is the favourite with the bookmakers to replace Hughton.

Hughton, 60, who was contracted until 2021, also took the club to the FA Cup semi-final this season, where they lost 1-0 to Manchester City.

Bloom said: “Our run of three wins from 23 Premier League matches put our status at significant risk. It is with that in mind, and the performances during that period, that I now feel it’s the right time for a change.

“Undoubtedly, this has been one of the most difficult decisions I have had to make as chairman of Brighton, but ultimately one I have made due to how we struggled in the second half of the season.”

He is the seventh Premier League manager to be sacked this season.

Bloom praised Hughton for an “excellent job” in stabilising the club, achieving promotion and retaining their Premier League status.

“Chris will always be very fondly remembered by Albion staff and fans as one of our club’s finest and most respected managers,” he added.

It is the third time the former Republic of Ireland defender has been sacked – he was dismissed by Newcastle in 2010 and Norwich in 2014.

Brighton achieved Premier League safety with one game remaining when Cardiff, who finished two points behind them in 18th, were relegated on 4 May.

The Seagulls lost 4-1 at home to Manchester City on Sunday, as Pep Guardiola’s side retained the Premier League title.

Brighton appointed FA technical director Dan Ashworth in the same role earlier this year and in February he said his aim was to keep Hughton in a job for as long as possible.

It doesn’t come as a total surprise. Do Brighton want to stay in this position next season? Tony Bloom has decided they’ve got to go down another route.

The frustration for the fans this season has been that they started so well and then tailed off and they may have learned a lesson from that, but clearly the chairman doesn’t want to risk that again next season.

They are going through a change, with Dan Ashworth coming in to overhaul the recruitment and academy side of things, and now clearly they want to go in a different direction with the manager as well.

I’m sure they will want someone in place as quickly as possible as the summer recruitment plans will have already started.