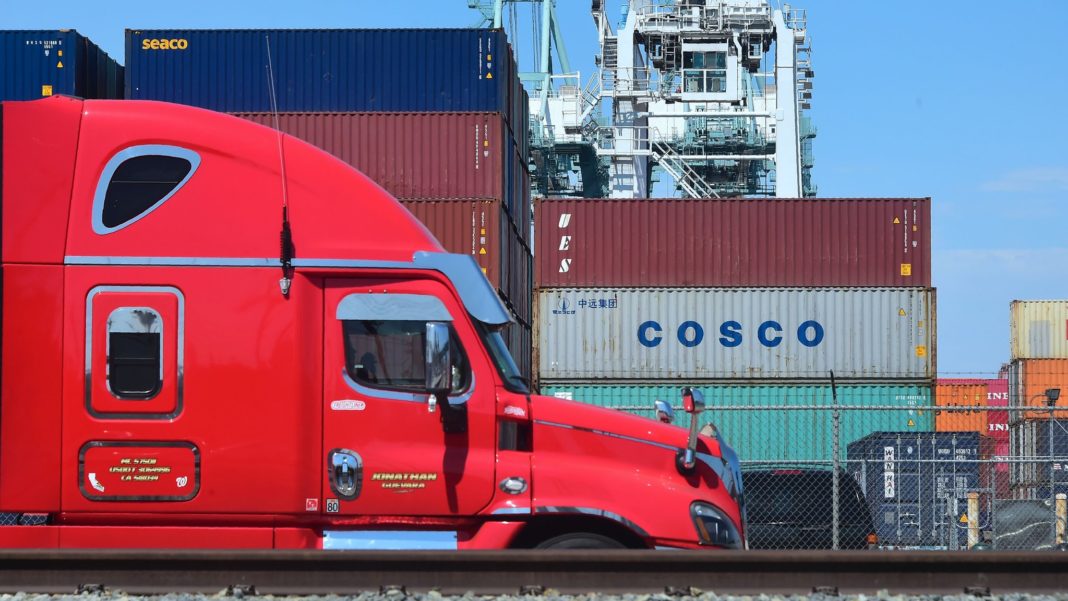 China has said it will levy new tariffs on more than 5,200 US products, if the White House moves forward with its latest tariff threat.

The State Council outlined the plan just days after the US said it was considering higher tariffs on $200bn of Chinese goods than initially planned.

Chinese officials accused the US of “unilaterally” heightening tensions between the two economic giants.

The White House says its tariffs are a response to China’s “unfair” trade policies, including subsidies and rules that require foreign companies in some sectors to bring on local partners.

President Donald Trump blames the practices for putting US companies at a disadvantage and helping to create a trade deficit.

“Instead of retaliating, China should address the longstanding concerns about its unfair trading practices,” Sarah Sanders, White House press secretary, said on Friday.

The tariffs follow talks this spring that failed to produce an agreement.

A first round of tariffs came into effect on 6 July, when the US imposed 25% taxes on $34bn of Chinese imports. China retaliated in kind.

Tariffs on another $16bn worth of products are pending, the second part of tariffs on $50bn worth of imports that the US announced in March.

US threats have escalated since, with the president saying he is ready to impose tariffs on all $500bn of Chinese imports.

In July, the US published a list of $200bn-worth of additional products to be hit with tariffs of 10% – a figure the US is now considering raising to 25%.

In Friday’s announcement, China said it is readying tariffs on US items that include agriculture and energy products, leather and machinery.

Beijing said the timing of the new tariffs would depend on whether the US follows through on its threat.

Concerns about the trade war have already affected China’s currency, which has fallen almost 9% against the dollar since April.

The People’s Bank of China has announced new requirements for certain types of trading in the yuan, measures that are aimed at stabilising the currency.

The tensions are also having an impact on trade flows.

The US trade deficit – the gap between exports and imports – widened by 7.3% to $46.3bn in June. The deficit had narrowed in previous months as companies rushed out exports to beat the imposition of tariffs.

China accounted for about 16% of America’s trade in goods last year. The country exported about $500bn in goods to the US and imported about $130bn.

It is hard to predict how the confrontation will end, Kenneth Pomeranz, a professor of Chinese history at the University of Chicago, told the BBC.

The US economy is more insulated from trade concerns, but Chinese leaders have retaliated strategically, targeting products made in Republican districts and final goods, like soybeans, that can be purchased elsewhere.

“I can imagine [Chinese officials] just sort of hoping that if they do stand tough, either the US will eventually just decide to settle for some symbolic victory that doesn’t really matter or that there will be a shift in American politics,” he said.