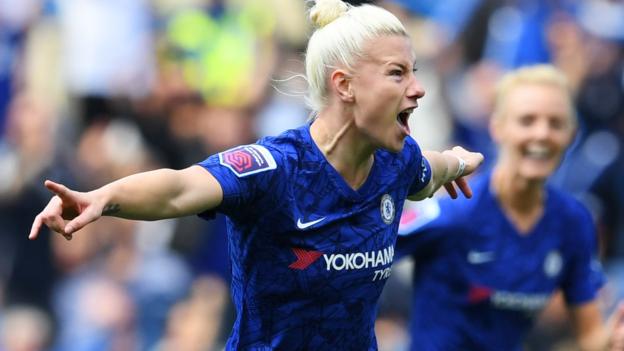 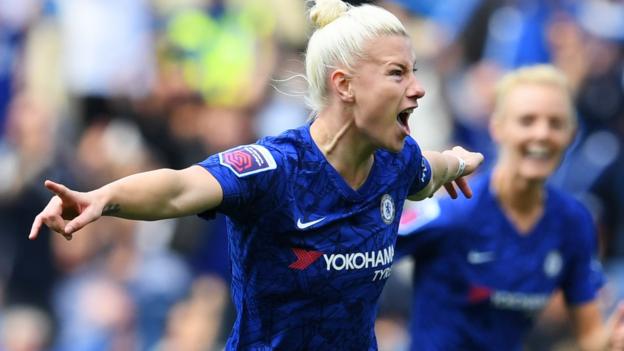 England, who made her international debut for Phil Neville’s team against Belgium last week, fired into the top-left corner within four minutes.

Chelsea could have extended their lead when Guro Reiten and Drew Spence both hit the woodwork in the second half.

The hosts dominated the game in large parts in front of 24,564 fans at the men’s stadium but they were tested by the newly-promoted side.

Spurs were a threat going forward – Rachel Furness and Gemma Davison both had opportunities to equalise either side of half-time.

But it was always going to be a difficult afternoon for Tottenham and they were up against it from the off when Chelsea captain Magdalena Eriksson poked inches wide from an unmarked position.

There was a carnival feel throughout the match, set in place before kick-off with a DJ set from former JLS singer Marvin Humes and countless popcorn stands around Stamford Bridge.

And on the pitch, the 24,000 fans who had picked up free tickets were rewarded with attacking football and a feast of World Cup talent in the Blues line-up, including England defender Millie Bright, Norway’s Maren Mjelde and South Korea’s Ji So-yun.

The attendance was just over 6,000 short of the record WSL figure set at the Manchester derby at the Etihad Stadium on Saturday.