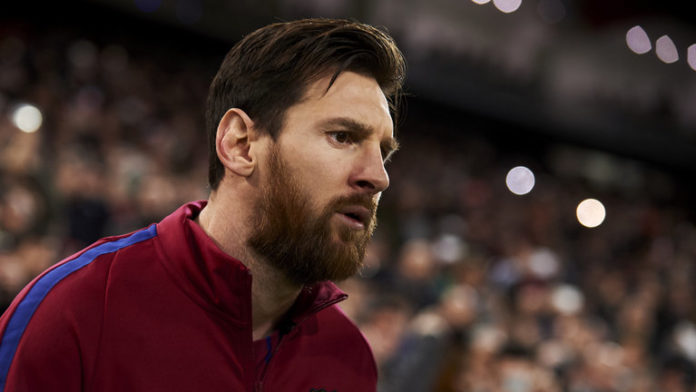 I hear a lot of Chelsea fans highlight that Lionel Messi has not scored against Chelsea, and that he hasn’t scored against Thibaut Courtois for five years. That is eight games each.

So, my question is should Ernesto Valverde leave Messi on the bench due to his lack of effectiveness? If you answer yes to this question then you are absolutely crazy. That lack of goals suggests to some that Messi struggles with English sides. Ah, stats. They are such a funny concept – you can do whatever you want with it.

Even though he has not scored in five games at the moment, Messi is finding the best form of his career again. He has been very consistent, that’s what makes him the best ever, but now he has a team that works for him, with no doubts whatsoever on who is the leader (Pep or Messi, Xavi or Messi, Iniesta or Messi… those debates are over) and a changing room that has given him complete leadership.

Leo is the best player ever to grace this game for his huge influence in an era where everybody knows how everybody works, where it is more and more difficult to find surprises, to be surprised. Well, Messi does it week in and week out, at a pace that not even an exceptional Ronaldo has been able to manage to match.

He recently signed a new contract and he loves life in Barcelona. He has matured as a person, he is more confident to give his opinions.

Messi really enjoys playing alongside Luis Suarez too – since they have been together, they have given 26 assists to each other as Mr Chip told us recently. It is one of the most lethal partnerships in the history of the game, not only because of the goals but by the way they help each other.

If you are confident Messi isn’t going to score against Chelsea, I would recommend just questioning that confidence.

Remember, of course, Messi hit the post three times in his eight games against Chelsea, one of which coming from a penalty, and he has been at the end of chances or assisting for some (the famous Iniesta goal at the Bridge for instance).

So Messi’s failure to score against Chelsea has more to do with his finishing rather than Chelsea’s defending – it just hasn’t happened for him. Having said that, Roberto Di Matteo managed to stop him by putting Branislav Ivanovic on the left-hand side of the defence where Messi comes with his diagonals from the flank. Ivanovic managed to stop him, that was his role in the game, his only role.

It will be interesting to see if Antonio Conte tries something similar.

Interestingly, Conte has said that Barca struggle without the ball but I don’t think he means that he wants Chelsea to have more possession, I think he means that when Chelsea have the ball – and they won’t have it as much as Barcelona will – they need to attack with venom, pace and in areas where they are weak.

This could be the case in wide areas, something I think will be key in this game. With the wingers of Chelsea and the full-backs of Barcelona, that is where the game is going to be won and lost.

Sergi Roberto and Jordi Alba go forward a lot, if Marcos Alonso and Victor Moses defend too deep that will leave Chelsea far too deep, playing into the hands of Barca. If the Chelsea wing-backs attack, that could create a lot of danger as far as Barca are concerned. But this is a two-legged affair so I suspect Chelsea will be more cagey than they suggest by talking about Barca’s troubles without the ball.

Barcelona can only play one way, keeping the lines together and controlling the game.

What Valverde has done, though, has brought versatility. They can play with three up front but with no one claiming the Neymar role he prefers to play with a midfielder. Sometimes he plays Ivan Rakitic and Sergio Busquets in a midfield two, sometimes he plays one, sometimes Paulinho plays deep as he did at Eibar but I expect him to play in front of Rakitic and Busquets where he is better against Chelsea.

This Barcelona team defends very well, they have one of the best defences in La Liga, and that is down to the return of the high press, which is done effectively by everybody. Alba’s link with Messi has returned, as too the best Iniesta because there is more control, and with more control you get a better Busquets and a better Iniesta.