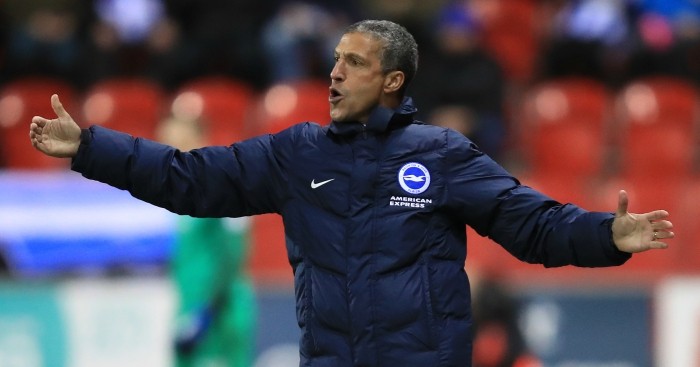 Brighton have signed striker Izzy Brown from Chelsea on a season-long loan deal.

The 20-year-old helped Huddersfield to promotion via the play-offs while on loan last season and the Terriers were understood to be keen to re-sign him.

Instead Brown will be playing in the Premier League for the newly-promoted Seagulls, and he could feature in a friendly against Southend on Tuesday night.

Albion manager Chris Hughton said: “The natural progression for Izzy, having enjoyed such a successful season in the Championship last season, was to step up to the Premier League – and we are delighted he will be doing that with us, here at Brighton.

“He is a player with great potential and will bring a different dimension to our attacking options for the season ahead, alongside our existing strikers.”