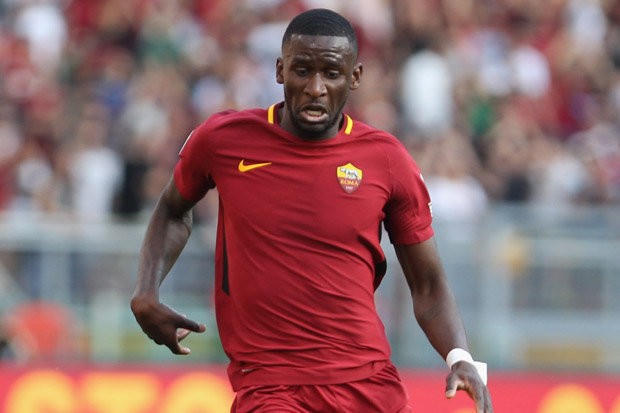 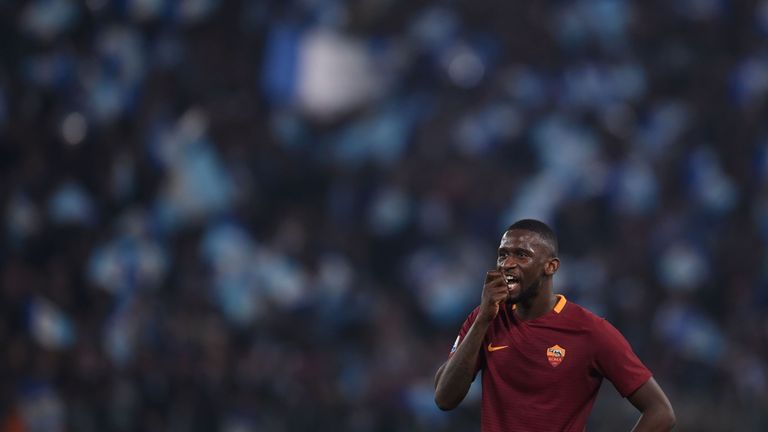 Antonio Rudiger has made 72 appearances in two seasons for Roma

Chelsea have agreed a £33.4m deal with Roma to sign Antonio Rudiger, according to Sky in Italy.

The 24-year-old Germany centre-back is set to undergo a medical on Monday and finalise personal terms on a five-year contract.

Sky in Italy are reporting an agreement of £29m up-front with a further £4.4m in add-ons has been sealed between the clubs. Antonio Rudiger is a Germany international centre-back with 16 caps

Sky sources reported earlier on Friday that the Blues had begun talks with Roma to sign the centre-half, who joined the Serie A side from Stuttgart for £7.6m last summer.

Chelsea boss Antonio Conte has been keen to sign a centre-back this summer following the sale of Nathan Ake to Bournemouth and the departure of long-term club captain John Terry.

Chelsea were expected to rival Liverpool and Manchester City for Virgil van Dijk but Southampton are refusing to sell any of their top players.

And they were encouraged this week to make a bid for Rudiger’s Roma team-mate Kostas Manolas after his £30m move to Zenit St Petersburg stalled, but instead they have moved for Rudiger.

He has 16 caps for Germany and made 72 appearances for Roma across two successful seasons in Italy.

Antonio Rudiger: The Chelsea target with an Arsenal soft spot