CDQ comes hard on Dammy Krane over his arrest in Miami 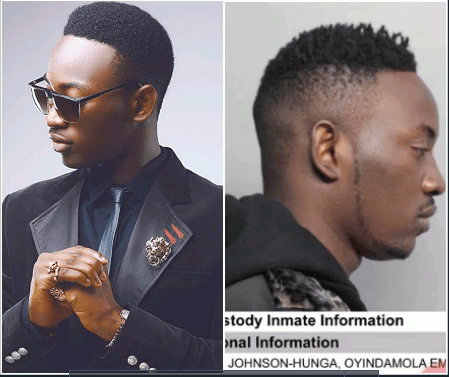 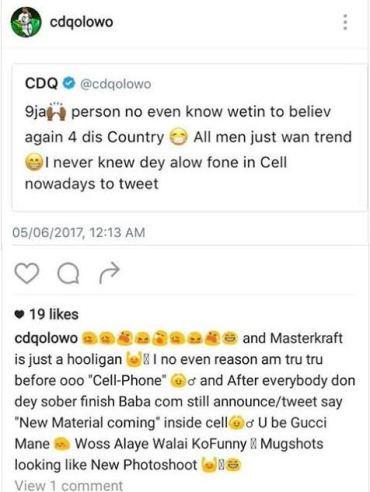 So after Dammy Krane got arrested on June 2nd, for grand theft allegations, credit card fraud, identity theft and was detained in a police cell, we saw several tweets emerging from his Twitter account.
One of the tweets read: ‘This one, that one, rumor…One time for my fans, new material coming, I go talk everything. God got, help me say amin o!’new material coming’
Today, rapper CDQ took to his social media to react over his arrest and tweet. He later deleted the posts but we got the screenshots before he took them down.
Share
Facebook
Twitter
WhatsApp
Pinterest
Linkedin
ReddIt
Email
Print
Tumblr
Telegram
Mix
VK
Digg
LINE
Viber
Naver