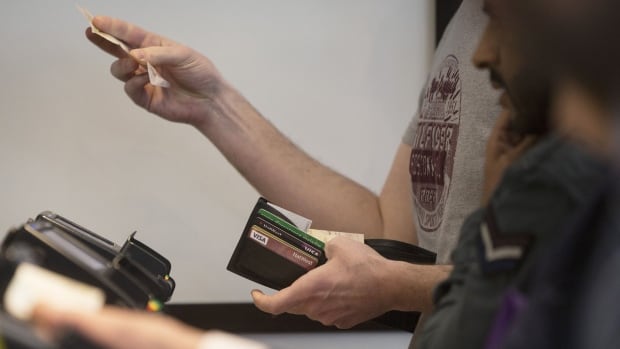 Canada’s inflation rate rose to 6.7 per cent in March, far more than economists were expecting and a full percentage point higher than February’s already 30-year high.

Statistics Canada reported Wednesday that all eight categories of the economy that the data agency tracks rose, from food and energy to shelter costs and transportation.

“The spike in prices over the month of March is the largest monthly increase since January 1991, when the goods and services tax was introduced,” economist Royce Mendes of Desjardins Group noted.

While the cost of just about everything is going up fast, transportation costs are leading the way, up 11.2 per cent in the past year. A big reason for that increase is the 39.8 per cent rise in gasoline costs since March of last year.

Gasoline prices rocketed higher in March mostly due to Russia’s invasion of Ukraine throwing global supplies into chaos. Although they have since come down a little, at one point last month numerous Canadian cities saw their average price for a litre of gasoline hit $2 for the first time ever.

High gas prices have an outsized impact on overall inflation because the cost of shipping and transportation gets added to the cost of everything else, from grocery bills (up 8.7 per cent) to the price of durable goods like furniture (up by 13.7 per cent) and even plane tickets (up by 8.3 per cent.)

While the cost of anything that needs to be transported is going up, the service sector isn’t immune to the current inflationary pressure.

The overall price for services has increased by 4.3 per cent in the past year, up from 3.8 in February. As TD Bank economist Leslie Preston noted, the main factor there wasn’t pump prices; it was the easing of COVID-related health restrictions pushing up demand for close-contact services like restaurant dining and other in-person events.

“Price pressures across other areas of the economy are showing more heat both for goods and services,” she said. “Inflation is likely to remain above the Bank of Canada’s target range until 2023, crimping consumer purchasing power and driving interest rates higher.”

While the vast majority of goods and services got more expensive, a few things have gotten cheaper, although by nowhere near enough to offset the rise everywhere else.

The biggest reason for that drop was the Ontario government’s decision to scrap the vehicle registration tax, Statistics Canada noted.