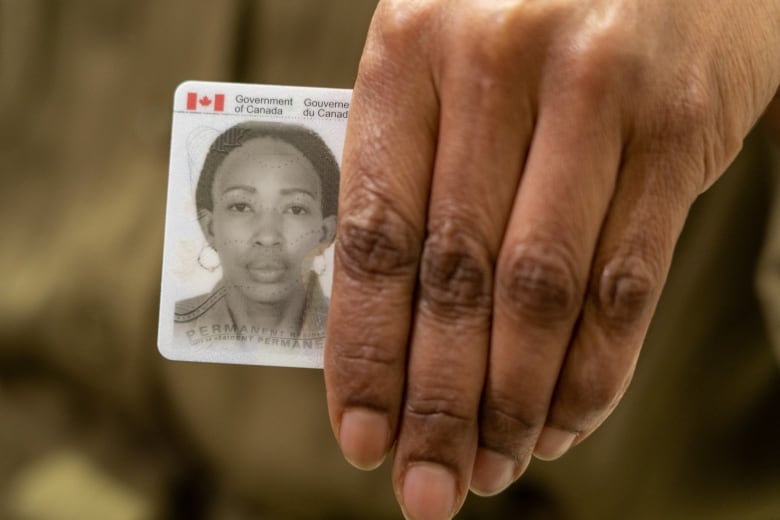 Permanent residents living in Canada say they couldn’t access health coverage, employment insurance or COVID-19 benefits, and weren’t guaranteed re-entry if they travelled, because their already-issued permanent residency cards were either lost by a federal department or sat around at the ministry for nearly a year.

“It was traumatic,” said Gloria Mbaga, an Ottawa resident whose renewed permanent residency (PR) card was issued in May 2021 but couldn’t be picked up until this March — more than 10 months later.

The situation put her health and the stability of her family in jeopardy, she said.

“They could not find any compassion to find my file, and to give me the PR card.”

PR cards are the official proof that one has permanent residency, according to Immigration, Refugees and Citizenship Canada (IRCC). It’s a physical, plastic card, which permanent residents can show as proof of status to, for instance, create a social insurance number (SIN) that allows people to legally work and access government services and benefits in Canada.

But it took Mbaga one year and four months to get hers in her hands.

Mbaga is a permanent resident of 27 years. She returned to Canada in October 2020 after 15 years living abroad with her Canadian husband and children due to his work. She applied to renew her PR card a month after arriving.

Meanwhile, she discovered her SIN card was flagged as “dormant” and unusable — something the government does to SINs that are inactive for five years or longer to prevent identity theft and fraud.

Mbaga said she couldn’t reactivate her SIN and was denied OHIP because the agencies required her to prove her PR status. It’s something she could have done with her original landing papers from 1995, but she lost that document, and therefore had to show a valid PR card.

Because her renewed PR card had been sitting with IRCC since May 2021, Mbaga said she suffered and was “caught in a bureaucratic nightmare.”

She works at a local Value Village and is the sole breadwinner for her family — her husband is chronically ill and unable to work. Mbaga said she wasn’t able to access COVID benefits or employment insurance (EI) when her employment was affected by lockdowns or restrictions, because a Service Canada officer told her she needed a reactivated SIN.

During that time, she said she struggled to pay bills and her family had to downsize from renting a townhouse to an apartment.

“We had to live in a very tight budget. We had to use all our saving,” said Mbaga. “I don’t understand [how] such a thing can happen to people … I felt devastated.”

It was only after her MP, Pierre Poilievre, and his office got involved that Mbaga found out her PR card had been approved last June.

She finally got a letter from IRCC this March, telling her she could come pick up her card in person.

She questions why the ministry took more than 10 months to hand over the card — which had been readily available — despite her calls to speed up the process.

“It’s only the grace of God I went through this. People were praying for me,” said Mbaga, through tears.

“And as my husband is sick, then I went through this … it was extremely tough.” 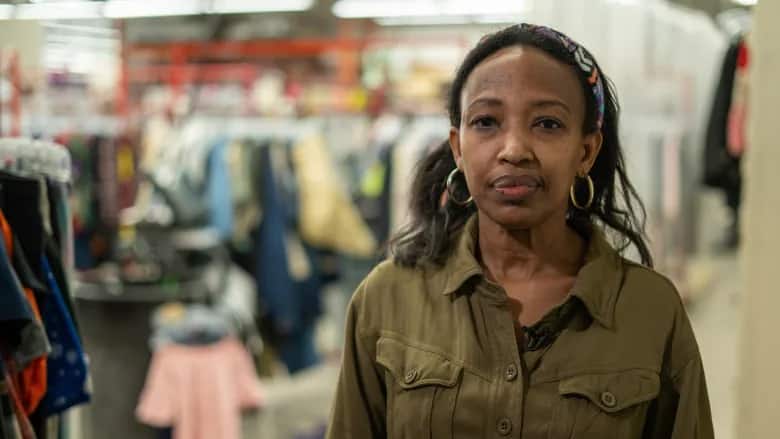 Gloria Mbaga says she couldn’t get her hands on her newly renewed physical permanent residency card for nearly a year, which meant she couldn’t get employment insurance or other government benefits during the pandemic. 1:06

Meanwhile, Paloma Pereira said she’s been waiting since June 2021 for her card to arrive in the mail.

Pereira, who lives in Montreal, became a permanent resident last year but after multiple calls and pleas to IRCC for her PR card, she found out they sent the card to the wrong address, even though she had provided the correct one.

“I got a status, but it’s just like I’m not recognized,” she said. “I just feel forgotten.”

She said she even went to that wrong address to try to find it in person, but it turned out to be a commercial building and the apartment unit didn’t exist. She asked for help from Canada Post to locate the mail, but Canada Post couldn’t find it since there was no tracking number.

She said IRCC has not given her any reassurance about next steps.

“This agent without empathy … he was just like a machine, he just kept saying there’s nothing that can be done, you have to wait,” she said. “I just want IRCC, that they do their job.”

Twice last year, Pereira had to travel overseas due to a death and a family medical emergency.

Travelling without a PR card is highly discouraged by immigration lawyers, as there’s no guarantee the permanent resident will be allowed back into Canada. Pereira described going to extra lengths to get more documentation, and feeling fearful because she didn’t have her proof of status on her.

“I fear that I have to prepare for that again … without knowing if I can come back.”

Some people ‘fall through the cracks,’ lawyer says

Tamar Boghossian, a part-time professor at Algonquin College and immigration lawyer, said most of her clients — who waited anywhere from three months to a year — finally got their physical PR cards in the last week or so. Pre-pandemic, she said clients would get the PR card within a week and up to a month later.

From her experience, the processing time for a card differs case by case.

“Some individuals, unfortunately, fall through the cracks,” she said.

A PR card is just like a photo ID, she said, and what’s really important are landing papers — what’s now called “confirmation of PR,” and she advises all her clients not to lose that because it’s “basically gold.”

However, Boghossian said PR card delays are reflective of a wider backlog at IRCC from citizenship to refugee applications.

“We can never get a straight answer,” she said. “There’s no transparency sometimes … and COVID’s always the boilerplate excuse.” 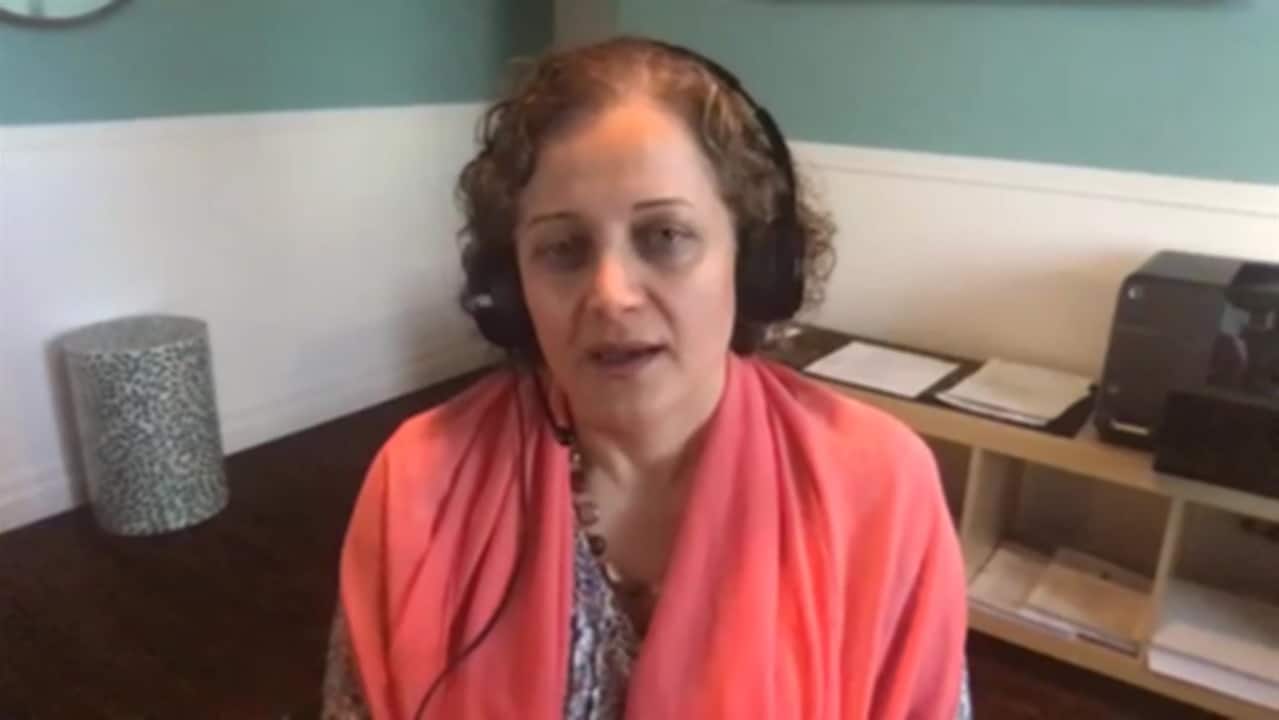 Lawyer calls wait to get card ‘frustrating’ and ‘inefficient’

Immigration lawyer Arghavan Gerami says a permanent resident should not wait months to simply pick up a physical card and wonders whether that service should be prioritized. 0:00

Arghavan Gerami, an immigration lawyer and founder of Gerami Law Professional Corporation, said the biggest obstacle her clients face without their PR cards is travel.

“When they want to come back, they need to have a valid PR card,” she explained. If they don’t, they need to either cross through the U.S. land border with their landing documents, or apply for a travel document overseas, which “may or may not succeed,” she said.

Though there is a process to apply for your PR card to be sent more urgently, the requirements for that are quite narrow, she said.

“Having to wait that long for the ability to pick up a card, it is extremely frustrating and inefficient,” said Gerami.

“It is sort of calling for a more systemic approach to the problem in terms of some kind of oversight.”

IRCC declined an interview with CBC News on this topic.

But in an emailed statement, a spokesperson wrote that in-person PR card pickup — which is required when IRCC needs to further verify someone’s identity and other requirements — was suspended for a “significant period of time” due to COVID-19 and gradually resumed last summer.

It said those who didn’t receive PR cards in the mail can submit another form for IRCC to reissue another card, but it’s currently processing requests received in December 2021.

The ministry said it’s working on a more “modernized and centralized” system to speed up processing times.

“Despite our best efforts, we know that some applicants have experienced considerable wait times,” wrote spokesperson Julie Lafortune. “We thank them for their patience and understanding.”

Mbaga said she wanted to share her story because she doesn’t want anyone else to go through her pain waiting for a plastic card.

“They should make a change…. They have their rules, yes, but it should not be to traumatize the people,” she said.

“I want them to do the better way.”