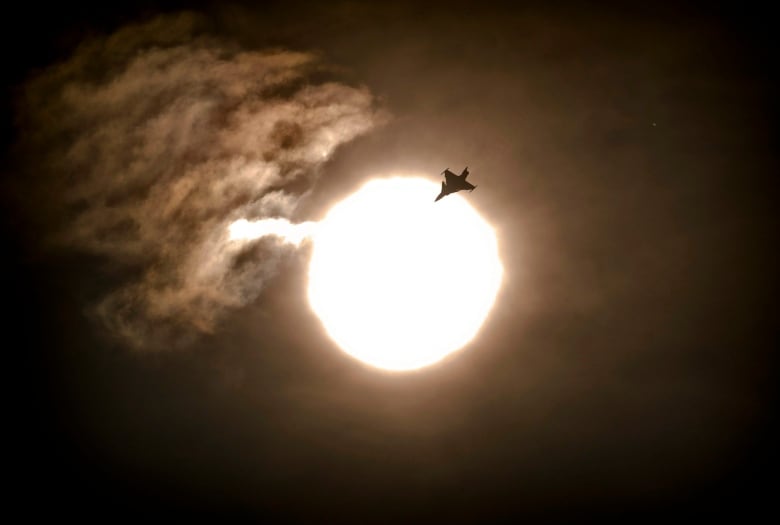 The politically charged competition to replace Canada’s aging fleet of fighter jets will rocket forward at the end of May as the federal government releases a long-anticipated, full-fledged tender call.

There are four companies in the running: Saab of Sweden, Airbus Defence and Space out of Britain, and the American firms Boeing and Lockheed Martin.

Once the request for proposals is released, the manufacturers will have until the end of the year to submit bids, defence and industry sources told CBC News.

It was the former Conservative government that kicked off the effort to replace the three-decade-old CF-18s in 2010, an attempt that was shot down in a dispute over the way the F-35 fighter was selected.

The program became mired in politics when the Liberals promised during the 2015 election campaign not to buy the stealth jet. A final decision will now have to wait until after this fall’s election.

The competition comes at a time of renewed geopolitical rivalry between the West and Russia and China, and the chief of the Swedish Air Force says his fighters have been busier than ever.

Maj.-Gen. Mats Helgesson said Sweden, which has a long history of being a neutral and non-aligned country, has over the past few years found its airspace violated more frequently by both Russian and NATO warplanes.

That has required a stepped-up state of readiness for the country’s Gripen fighter jet squadrons.

“When we look around our borders, especially over the Baltic Sea, we can see increased activity, not only Russia but also NATO,” Helgesson told CBC News in an interview.

“We see exercises. We see daily training and we also see intelligence gathering in a way that we haven’t seen for many years.”

The Swedish air force is about the same size as the Royal Canadian Air Force. It has long flown the home-grown Gripen, which has gone through various iterations and models since it was first introduced in the mid-1990s. 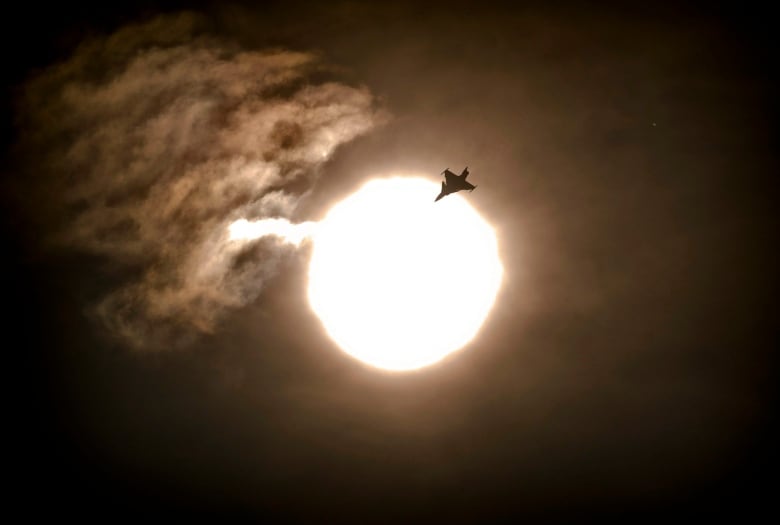 In this Saturday, July 28, 2018, photo, a Swedish-made Saab JAS 39 Gripen of the Czech Republic’s air force is silhouetted against the sun while performing at the the Bucharest International Air Show in Bucharest, Romania. (Vadim Ghirda/Associated Press)

Saab AB, headquartered in Stockholm, intends to offer the latest variant — the E version — as a replacement for Canada’s current fleet of CF-18s.

The aircraft’s design improvements, said Helgesson, are a direct result of what the military and the country’s engineers can see being developed in Russia.

“It’s no secret that we need to be able to meet, not only Russia, but also other high-performing aircraft in the future,” he said, pointing to Russia’s Su-30 fighter jet, the more modern Su-35 (known by the NATO designation “The Flanker”) and the stealth Su-57.

There has been a rigorous political and academic debate about whether Canada should choose a legacy design from the 1990s, such as the Gripen, or the recently introduced Lockheed Martin F-35 stealth fighter.

The notion that stealth fighters are needed for conflicts with countries like Russia — countries that have advanced air defence systems — was partly dismissed by the Swedish Defence Research Agency in a recent report.

Russia’s anti-access/areas-denial weapons (known as A2/AD) are not all they’re cracked up to be, said the report released last month, which looked at the use of such systems in the Syria conflict.

“Much has in recent years been made of Russia’s new capabilities and the impact they might have on the ability of NATO member states to reinforce or defend the vulnerable Baltic states in case of crisis or war,” said the report.

“On closer inspection, however, Russia’s capabilities are not quite as daunting, especially if potential countermeasures are factored in.” 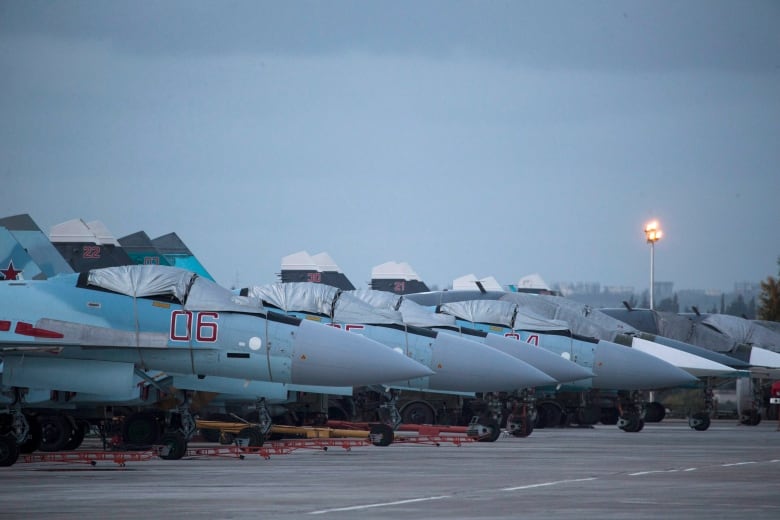 Russian Su-27 fighter jets and an Su-34 bomber, in the back, sit parked at Hemeimeem air base in Syria Friday, March 4, 2016. (Pavel Golovkin/The Associated Press)

The Gripen is intended for operations in rugged environments, such as Sweden’s Arctic region, Helgesson added.

“We are operating from dispersed bases,” he said. “We use highways and small airfields spread all over Sweden in remote places, far away. And the logistics footprint is very small.”

The Arctic is, naturally, an important area of operation for the Swedish air force and having far-flung bases has required the force to become creative about warehousing fuel, ammunition and other supplies.

Canada’s CF-18s occasionally operate from forward bases in the North, but those deployments are infrequent compared with the routine activity of the Swedes, experts have noted in the past.

The competition among manufacturers for Canada’s fighter jet business is expected to be intense.

Lockheed Martin will again pitch its F-35 stealth fighter. Boeing is in line to offer the Super Hornet — a larger, more advanced version of the F-18. Airbus Military plans to offer its Eurofighter Typhoon.