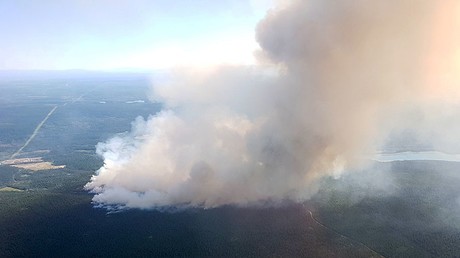 The footage, released by the Thompson-Nicola Regional District, shows the destruction of at least 30 homes in the area, local media report.

Fires have raged across the province of British Columbia for more than a week, forcing as many as 37,000 people out of their homes.