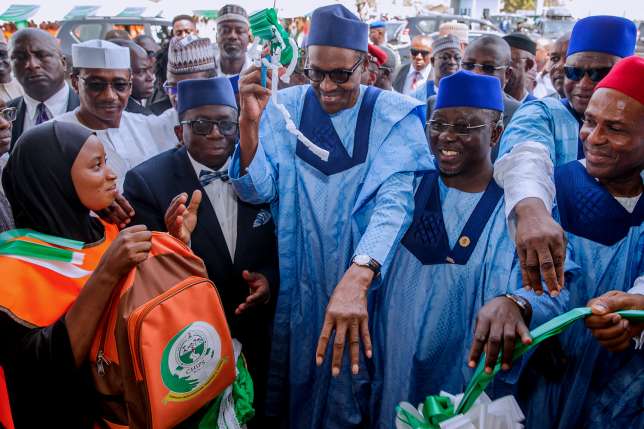 Buhari should have visited Benue when he visited Nasarawa

President Buhari could visit Nasarawa and not Benue. This was a presidential gaffe that should be rectified soonest.

On February 6, 2018, President Muhammadu Buhari flew to Nasarawa State and said all the right things.

On January 11, 2018, the Benue State government buried 73 of its residents killed by suspected Fulani herdsmen, in mass graves. Benue lies just across the border from Nasarawa.

In fact, you can holla at someone who lives in Benue from Nasarawa.

Lafia, which is the Nasarawa State capital, is a 40-minute drive away from Makurdi, the Benue State capital. It’s the definition of a ‘stone-throw’.

Benue has suffered incessant Fulani herdsmen attacks even before the turn of the year. When floods submerged Benue from August through September of 2017, there was no President Buhari in the hood either.

Optics is a thing

I have written about the correlation between optics and governance before and won’t be belaboring the point in this piece. However, it has to be said that it is baffling that Aso Rock keeps getting the simple things wrong. What would it have cost the presidency to include a visit to Benue from Buhari in the week’s itinerary?

We miss the point when we keep making this about politics. It isn’t. It is about governance and showing empathy as a leader. It is about humanity first and foremost. It is about a leader showing up when he should and feeling the pulse of the people he leads. It is about putting an arm around a grieving people as the nation’s Commander-in-Chief.

Every leader worth the title earns his epaulet by showing up and displaying concern. Buhari is often aloof and cold. His mien is often a study in detachment. His humour lands with a thud. His face, a blur.

Favoring one Governor and not the other

The Governors of Benue and Nasarawa exchanged verbal darts over the Fulani herdsmen crisis.

One Governor favoured the open grazing prohibition law, the other baulked at it. By visiting Nasarawa and not Benue when visiting both States at the same time was geographically a piece of cake, Buhari inadvertently sent the wrong message to the people of Benue and their Governor.

All of which could have been avoided if this government understands what it means to wear a human face.

Aso Rock needs to do the needful. The next time the president gets onboard the presidential jet, he should be heading to Benue. And that should be very soon.