Breaking news: ‘Gypsy’ moths are being renamed due to ethnic slur: What to know about the destructive bug 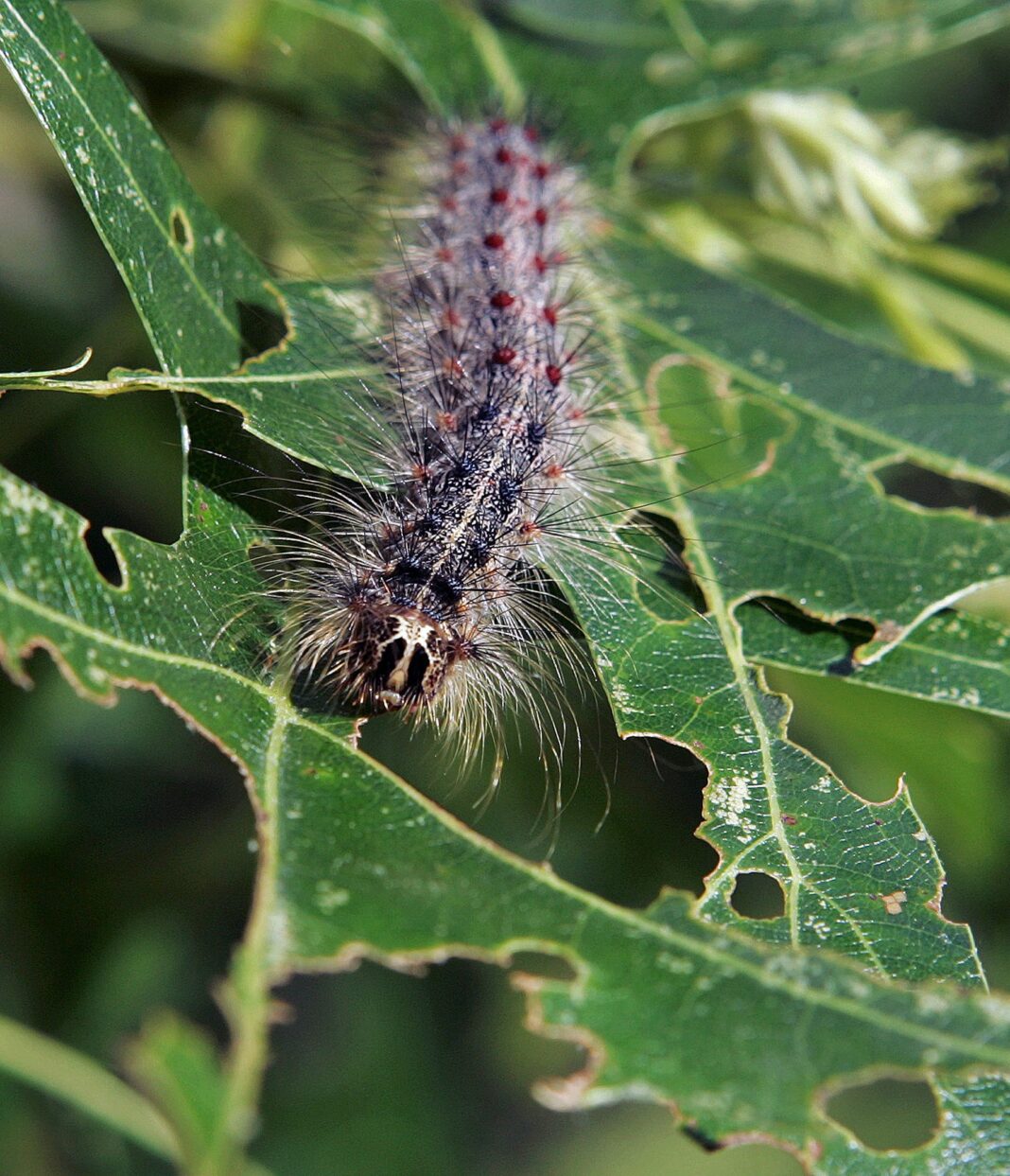 The Entomological Society of America, an organization that oversees bug naming, has dropped the term “gypsy moth,” considered an ethnic slur to the Romani people.

This move is one of the first two for the organization’s Better Common Names Project, which seeks to replace names containing derogative terms, inappropriate geographic references, and those that disregard what native communities called the species. The other insect it renamed was called the “gypsy ant,” a lesser-known insect species that move frequently.

As the committee seeks to find a new name for this month, it encouraged people to use the insect’s scientific name, Lymantria dispar, or L. dispar.

Meanwhile, several states are facing historical outbreaks of these moths this year. For example, in Vermont, dry weather and drought earlier this summer contributed to the worst outbreak of gypsy moths the Burlington area has seen in 30 years.

In New York, swarms of caterpillars ravaged most of Jed Metzger’s trees at his seasonal home and hobby farm in recent weeks, including pines and other evergreens that may never recover.

“If you go outside, they fall on you, and it’s gross,” Metzger told the Rochester Democrat & Chronicle, part of the USA TODAY Network.

“It’s not just the devastation of trees. They eat 24 hours a day, and they poop everywhere,” he said. “It’s like a biblical thing … It’s like a wildfire, only they eat everything.”

There are ways to address the caterpillar and moth’s damage to trees. Here’s what to know.

What are the moths?

The moths are an invasive species that cause defoliation or the removal of leaves from trees. These leaf-eaters caused widespread defoliation across Michigan in the 1980s and ’90s.

The life cycle of these insects is one generation per year. The egg stage lasts from July of one year until May of the next, University of Vermont research professor and extension entomologist Margaret Skinner told the Burlington Free Press.

This is why the caterpillars won’t appear again until next spring. They typically hatch early or mid-May, depending on the weather.

Read more:  Can You Get Rich Selling Cars?

The caterpillars are about 2 inches long, hairy, and have a pattern of dark red and blue spots.

Are my trees in danger?

The moths feed on more than 300 species of trees, but red and white oaks are their favorites. This is because healthier trees can better handle the onslaught of these moths than weak trees.

The good news, Up North Live reported, is that feeding season is almost over in Michigan.

What can I do to prevent my trees from getting damaged?

Skinner told the Burlington Free Press the moths like to lay eggs under flaps of tree bark, so wrapping trees in burlap is a good way to ambush them. After egg masses have been laid between the burlap flaps, remove burlap bands and scrape them out. Finish them off by depositing the egg masses in soapy water.

Promote tree health by watering regularly, avoiding damage to the roots and bark, and removing dead and dying trees.

“That goes a long way in helping trees fend off the effects of defoliation,” Wieferich said.

What should I do if my trees are infected?

Homeowners experiencing an outbreak should buy a spray that contains Bacillus thuringiensis var—kurstaki (Btk), a bacterium that is lethal to the moths.

In New York, the Department of Environmental Conservation encourages residents to protect their own trees from moth outbreaks. Beyond spraying pesticides, the department instructs smaller property owners to kill off caterpillars by “squishing and scraping” them during the early stages of outbreaks. 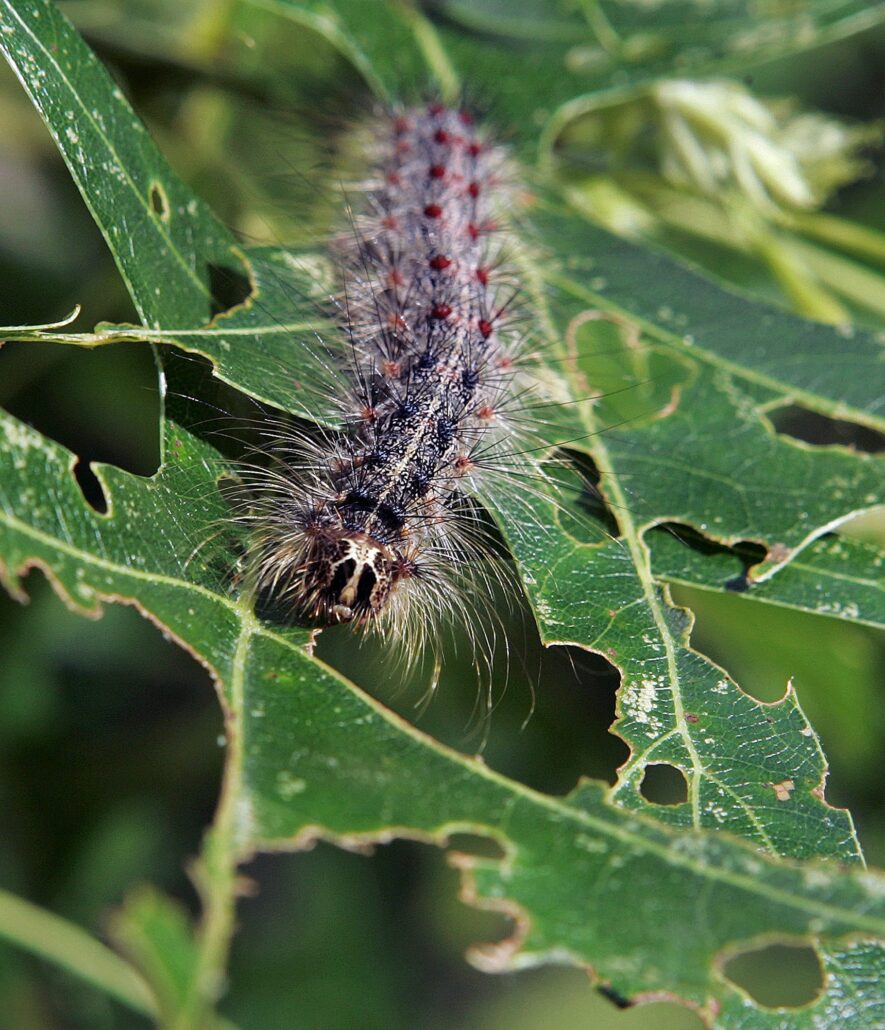