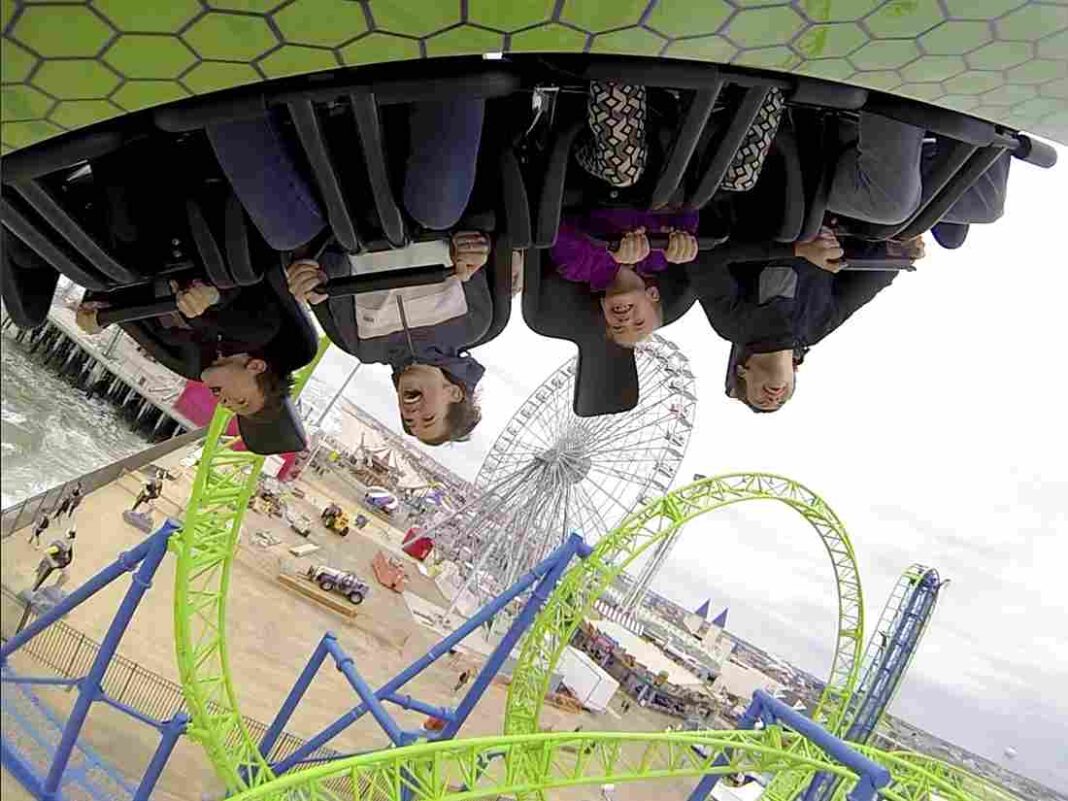 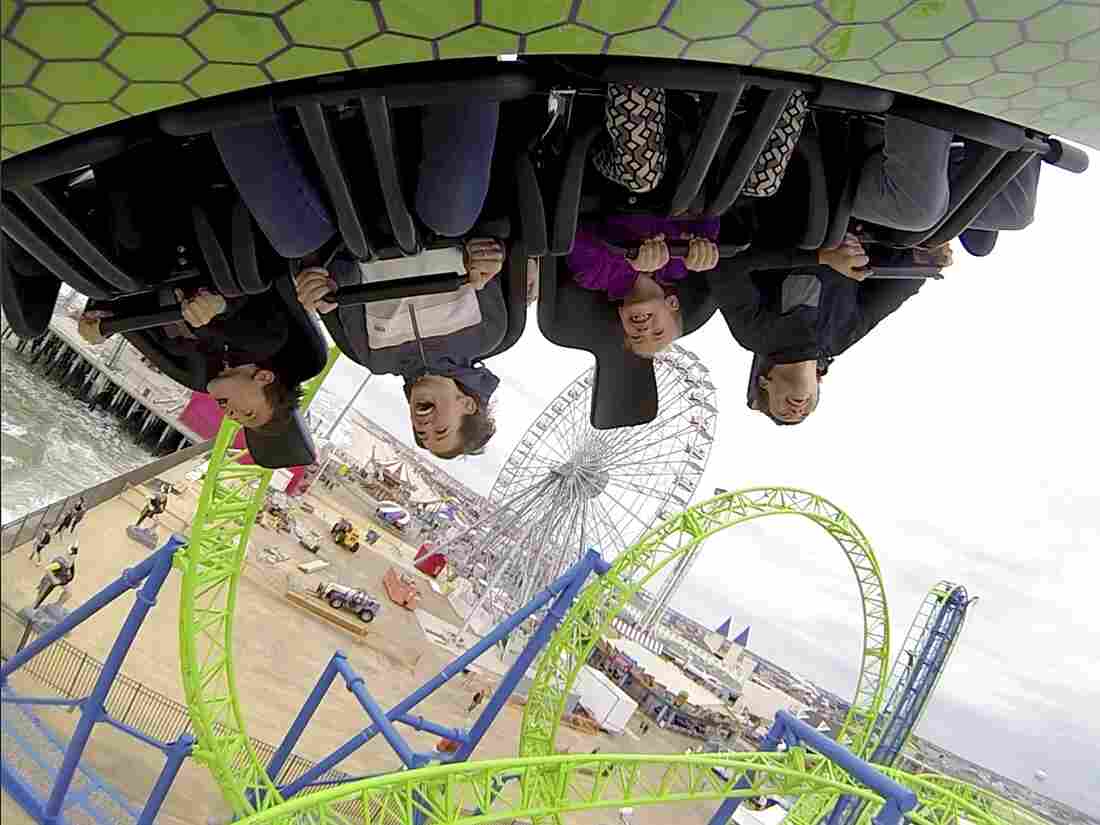 People ride the new Hydrus coaster during an outing at Casino Pier in Seaside Heights, N.J.

With a gleaming new roller coaster towering above the boardwalk, one Jersey Shore amusement park is hoping this Memorial Day weekend will herald a new beginning.

Nearly five years after Superstorm Sandy ravaged Casino Pier and dumped its old coaster into the ocean, the park in Seaside Heights, N.J., has big hopes for its Hydrus ride, which opened earlier this month.

“It’s going to bring so many people and families back and that’s what Seaside needs,” Casino Pier spokeswoman Maria Mastoris told NJ.com. “It’s going to be a huge push to getting the tourists back this year.”

The neon green and blue roller coaster carries riders up and over a near-seven-story vertical plunge and whips them through a loop.

The Storino family, owners of Casino Pier, said in a statement that opening the new ride was “a very big moment” The New York Times reported. “We can now say we are fully back and can close the books on the superstorm era.”

Sandy tore through the amusement park in October 2012, chewing off the end of the pier and plunging the old Jet Star coaster into the surf. The image of the twisting metal coaster with waves lapping around it became an iconic reminder of the storm’s destruction. The wreckage was removed seven months later. 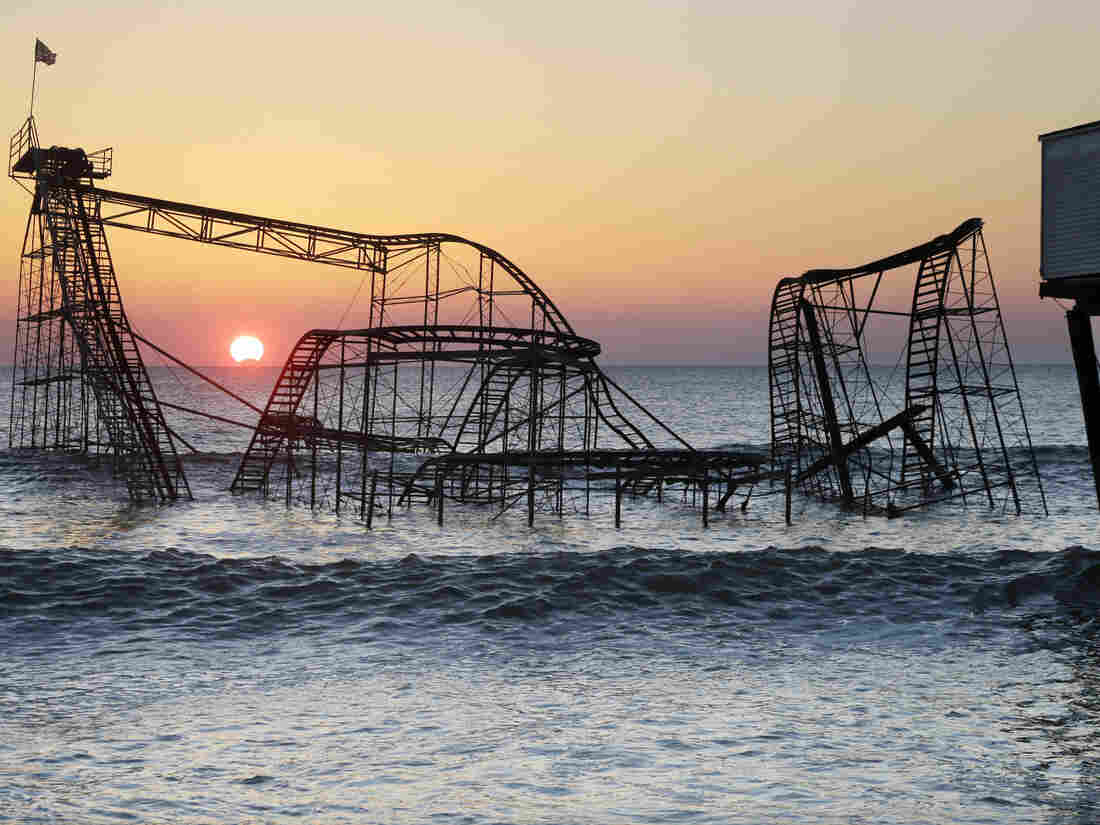 The Jet Star had sat on the end the of the pier, and Park owners decided it would be safer to rebuild above the beach. But that required a land swap.

The state Department of Environmental Protection let Casino Pier use a slice of beach and in return, the amusement park donated some of its land to the borough of Seaside Heights, according to The Associate Press. The park also handed over a historic carousel for display in a new museum to sit on the donated land.

“This is part of the rebirth of the town,” Mayor Anthony Vaz told the AP. “It’s like a new start for us.”

The mayor was one of many residents who were displaced from their homes by the storm, but he sees one positive outcome from the storm — it gave the town a chance to move past its reputation as a party scene, as depicted in the MTV show Jersey Shore, Vaz told the news service. “It’s in our history book, past tense; we’ll never do that again.”

Vaz said Seaside Heights is about 70 percent recovered from the storm, with taxable property worth $200 million less than it was pre-Sandy, the AP reports. Some nearby towns aren’t rebounding so quickly. Homes abandoned after the storm still dot the area.

Back on Casino Pier, the recovery continues. After opening or reopening rides and attractions each year since the storm, the park says more than 20 are now running for the holiday weekend.

And the Hydrus seems to be having the desired effect. “When we got here,” Brooke Rongo, 17, told the Times, “we were just like, oh, we have to go on that.”