Days after BBNaija Tacha’s lawyers filed a law suit against relationship therapist, Blessing Okoro, she finally  opens up on the reason she has not been able to sue the realty star over alleged assassination attempt

Within Nigeria, earlier reported that Tacha’s lawyers issued a letter to Blogger, Blessing Okoro, demanding an apology and the sum of 20 million Naira for damages after the latter accused her of sending assassins to terminate her life.

Today a follower of  Blessing Okoro,  @nmaz11 took to her comment section to give her a tip that will help her win the court case, according to @nmaz11 if she shows the court threats from Tacha’s fans and blogger, Vinny sleek she will most definitely win the case.

And the relationship therapist, replied,  that she is still begging Onye Eze to borrow her some money to sue Tacha and her biggest fan, Vinny_sleek. 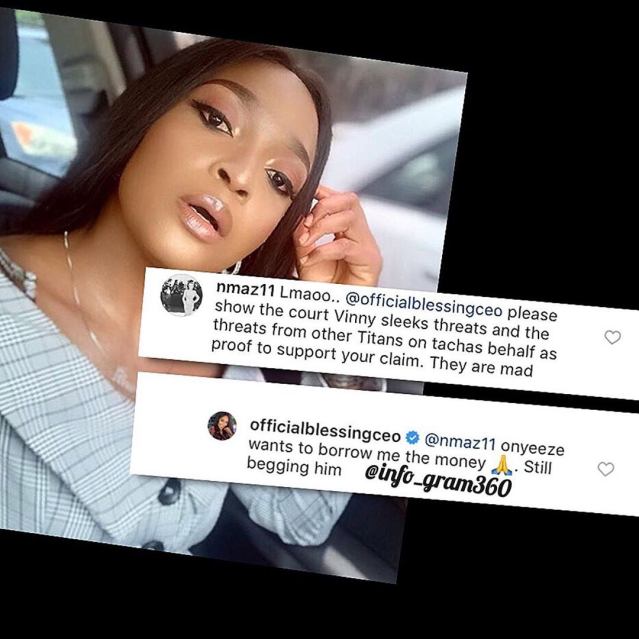