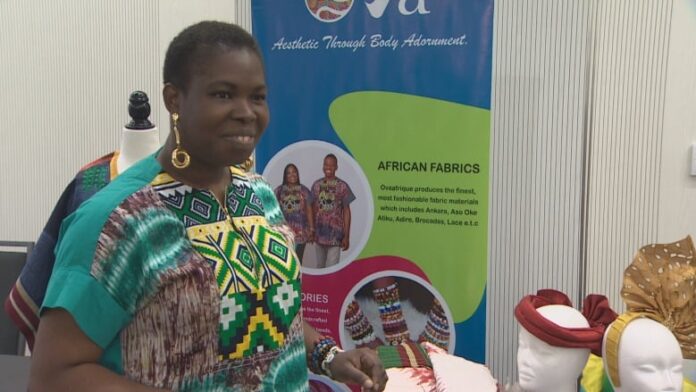 The National Black Canadians Summit in Halifax is bringing together Black people and allies from across the country to discuss issues facing their community and to share in their culture.

The summit began Friday with a tour to the Africville Museum in Halifax and the Black Cultural Centre for Nova Scotia in Cherry Brook.

Tara Lapointe, executive director of the Michaëlle Jean Foundation, said Nova Scotia was a clear choice for the summit. The foundation is the summit host.

“There was a very active group from this province that said the next event has to be in Nova Scotia, the birthplace, the cradle of Black presence in this country,” said Lapointe.

“African Nova Scotians, their history is not celebrated. It’s not known right across the country. It needs to be.”

Organizers expected around 1,000 people at the Halifax Convention Centre for the summit, but Lapointe said they’ve had over 1,200 and over one-third are under the age of 30.

The three-day summit consists of presentations, workshops, panel discussions and performances of poetry and music.

There are also vendors and artists at the convention centre celebrating Black culture.

“Also, we are here to see our brothers and sisters coming from all over Canada,” she said. “So, we can reconnect, connect, and be able to feel among everybody,” she said.

The panels and workshops cover a wide range of topics from justice and activism to environmental racism and barriers to education.

Edward Matwawana, programming director for the Michaëlle Jean Foundation, said a key topic in the summit is Black health.

Matwawana said he wants people to leave the summit with new relationships and insights.

“We want people to take away knowledge they didn’t have before, maybe they were not aware of before,” he said. “And so that way in their own communities, they can use that data, they can use the information to effect change.”

The summit concludes Sunday with the presentation of the Halifax Declaration, a culmination of the exchange of ideas and recommendations over the weekend.

Dr. Natalia Kanem, executive director of the sexual and reproductive health agency of the United Nations, also attended the summit. She said the declaration will be an anchor for Black rights.

“In unity, there is strength. And I think it’s a period when the world aspires to peace—or the Black people of the world to make sure that our declaration also expresses our hope that peace and justice will go hand in hand.”