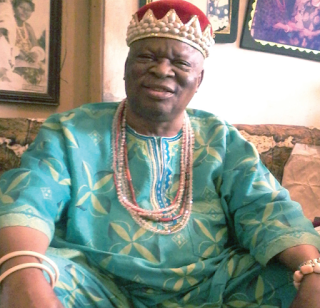 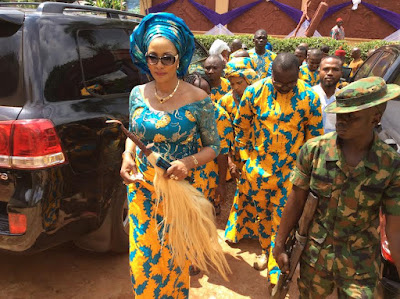 Bianca Ojukwu, wife of late Igbo leader Dim Chukwuemeka Odumegwu Ojukwu arrived in grand style at the funeral ceremony and last Ofala of Igbo Regent and traditional prime minister Chief Ozua Okoye, the Onowu Igbonine, who was one of the most respected traditional figures in Igboland.
Iyom Bianca Ojukwu who holds several chieftaincy titles including the most prestigious that is conferred on women in the South East Region stormed the burial event in a colourful ceremonial train which included cultural dance troupes and traditional drummers. The funeral events are expected to last
several days.

More pictures from the event. 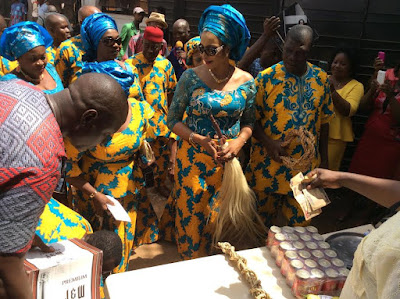 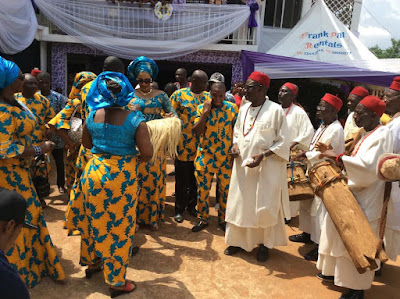 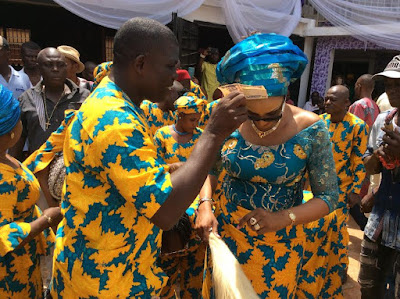 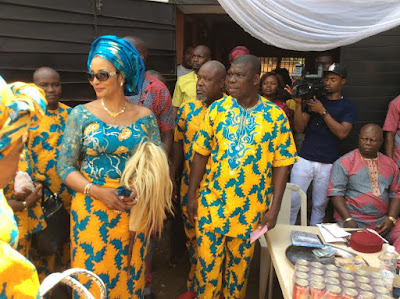 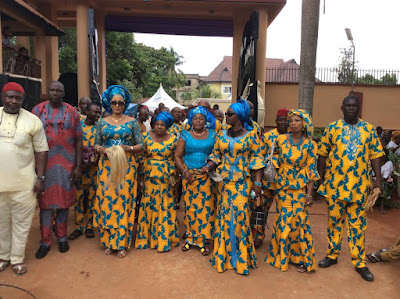 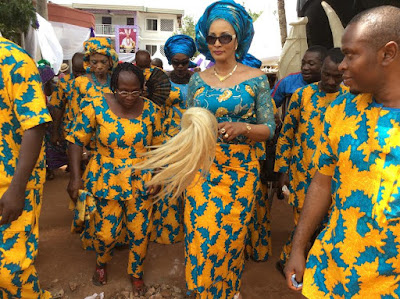