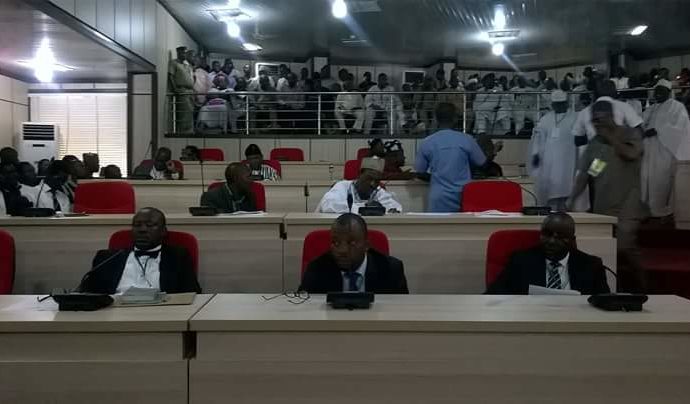 The Benue House of Assembly on Wednesday passed the Establishment and Regulation of Abattoirs Bill into law.

The News Agency of Nigeria (NAN) reports that the new law prohibits the use of tyres to roast meat in the state.

NAN also reports that the passage followed diligent consideration of the bill, after the Chairman, House Standing Committee on Health, Mr. Adoga Onah (Oju 1 APC) led the debate on the bill.

Onah, while contributing to the bill, listed the health hazards of roasting meat or processing hide and skin with tyres.

“The practice of roasting meat with worn out tyres at abattoirs constitute health and environmental hazards to human.

“Tyres are made of synthetic rubber, natural rubber, fabric, wire, carbon black and other chemical components which are unhealthy for human consumption.

“A report from the United States Agency for Toxic Substances and Disease Registry reveals that tyres contain several heavy metals such as lead, zinc and copper that could be carcinogenic.

“A recent research also revealed the existence of high level of metal residues in goat and cow hides, after being roasted with tyres.

“Besides, tyres are non-biodegradable combustible materials which smoke is toxic and if ingested, could pose serious threat to the liver and the heart, leading to cardiovascular diseases and cancer,” Onah stated.

He, therefore, urged the house to pass the bill without further delay to forestall health and environmental hazards.

The Speaker, Mr. Titus Uba, who announced the passage of the bill, asked the Health and Agriculture ministries to effectively regulate the operation of abattoirs in the state by providing the standards for their operations.

“Such standards shall include structures for sewage disposal, water supply, hygienic environment among others,” Uba said.

He said in view of the danger posed by the use of worn out tyres to roast meat, butchers should henceforth use either firewood or grass to roast meat.

“A person guilty of an offence under this law is liable on conviction to a fine of N10, 000 or to imprisonment for a term not exceeding one year.

“In case of a subsequent offence, it is a fine of N20,000 or imprisonment for a term not exceeding two years,” Uba said.

The Clerk of the house, Mr Terse Agena, then read the bill for the third and final time.