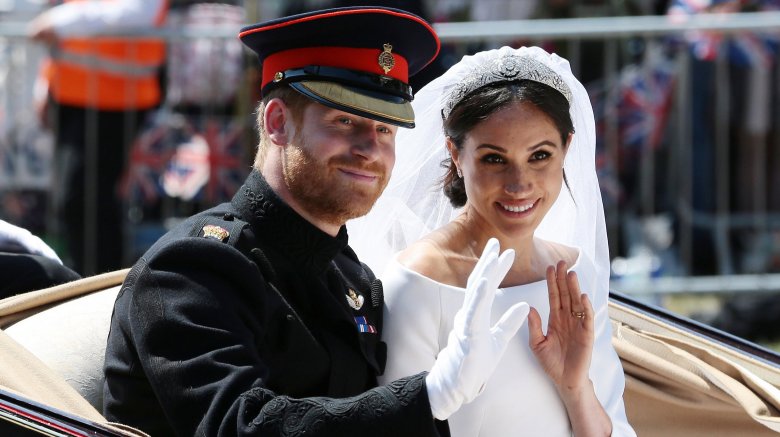 As the couple prepared to tie the knot, they made sure to honor Prince Harry’s late mother, Princess Diana, in a special way. According to E! News, the prince hand-picked a number of “delicate blooms” for his bride-to-be’s bouquet from their garden at Kensington Palace. In memory of his mom, who tragically died in a car crash in Paris in August 1997, the British royal included her favorite flower: forget-me-nots.

Prince Harry and Meghan Markle also enlisted the help of floral designer Philippa Craddock, who created a special arrangement of flowers for the entrance of the chapel, which included white garden roses, another favorite of Princess Diana’s.

The rest of the wedding ceremony included a number of tributes to the “People’s Princess.” As Variety noted, the hymn sung at her funeral, “Guide Me, O Thy Great Redeemer,” was included in the service. Additionally, her good friend, Sir Elton John, and her siblings, Lady Sarah McCorquodale, Lady Jane Fellowes, and Earl Charles Spencer, were invited to the nuptials.