Be ready for consequences – Army issues fresh warning to Shiites 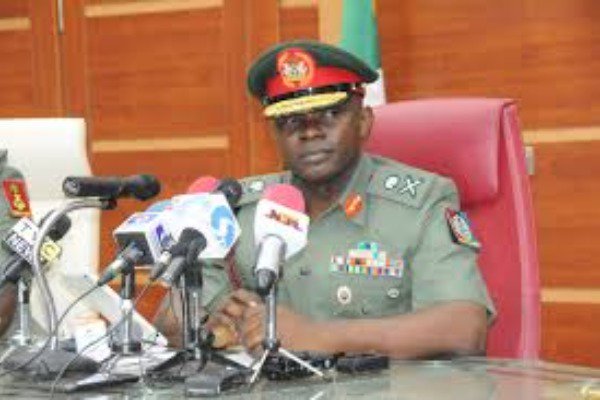 John Agim, spokesman of the Defence Headquarters (DHQ), has told members of the Islamic Movement in Nigeria (IMN), to be ready to face the consequences if they take on the military.

Members of the movement better known as Shi’ites clashed with soldiers in some parts of Abuja last week.

The Army confirmed that three Shi’ites were killed, while four soldiers sustained injuries. But the group declared 1,000 of its members missing.

Speaking in an interview with Osasu Igbinedion on The Osasu Show, Agim denied allegations that the military was sent to disrupt the procession of the movement, saying those accusing the military wanted to paint it bad.

“There are different narratives out there that are not correct. It is not true that the military is being used to stop the Shi’ites from their normal procession.

“Right from 2015, we have been hearing about the issue of Shi’ites and the military. It has never been that the military was sent to stop whatever thing they are doing.

“The problem emanates from the philosophy that guide the movement. The clash that you see, in fact three times now, is that the Shi’ites obstruct the military from doing their job. They are a law unto themselves. They do anything.

“They are supposed to be a religious organisation. Where did they get those arms and ammunition? This was how Boko Haram started, in fact, it was not even as serious as this. The narrative is being given by an international community and it is very simple. They want to make the military look unprofessional.

“They have the right to protest. But when you protest, protest lawfully. Anybody that does not obey the laws of the land should be sanctioned,” Agim said.

Asked why the Shiites are asked to obey the law, while the federal government has refused to obey the court order to release Zakzaky, Agim said: “So they are attacking the military to show their dissatisfaction with the government? Then they should be ready for the consequence.

“We don’t have rubber bullets when we are sent on assignments. So, if any organisation that is not happy with the government want to take on the military, then they should be ready for the consequence.

“Whatever the problem of the Shi’ites with the federal government, let them take it constitutionally. You take on any military in the world and you will be taken down.”