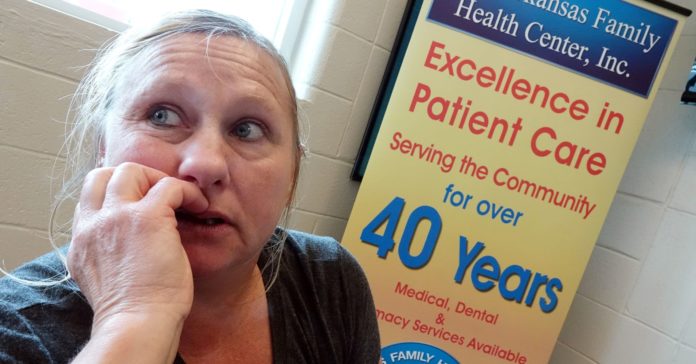 Health care has emerged as a key issue in both congressional and state elections this year.

The most recent Gallup poll of registered voters finds 80 percent rate it as their top concern, ahead of the economy. Tuesday’s midterm elections, in which some tightly contested races hang in the balance, could have big implications for some key provisions of Obamacare.

“At the federal level that’s played out in this specific debate over pre-existing conditions… At the state level, the lever governors really have is Medicaid,” said Elizabeth Carpenter, senior vice president at health care consultancy Avalere Health.

Medicaid expansion is on the ballot in three states this year, where local Republican leadership have opposed the wholesale extension of the safety net program under the Affordable Care Act. Many GOP leaders have cited budget concerns.

Voters in Idaho, Nebraska and Utah will vote on expanding Medicaid in their states beginning in 2019. If the measures are passed, it could lead to new Medicaid coverage for 325,000 people across those three states, according to an analysis by Avalere.

However, victory at the polls in Maine has not yet translated into actual implementation. Outgoing Republican governor, Paul LePage, has refused to carry out the measure despite court orders. He has argued that the state cannot afford the long term budget implications of coverage expansion.

Maine is one of half a dozen Republican-led states with tight gubernatorial races this year, and Democratic wins there could usher in a new wave of Medicaid expansion. Since the law was implemented in 2014, 34 states and Washington, DC have expanded Medicaid under the Affordable Care Act to date.

The ACA provision extends health care coverage under the safety net program to low-income adults earning up to 138 percent of the federal poverty level, which amounts to $16,600 for an individual this year, and up to $33,900 for a family of four.

But it’s the race in Florida which analysts may be watching most closely. The state has been a holdout on Medicaid expansion under the GOP’s leadership, and has one of the highest uninsured rates in the country at just over 20 percent.

Avalere analysts estimate 1.3 million people could gain access to coverage under Medicaid expansion in the Sunshine State. UnitedHealth Group, Aetna, Humana and WellCare Health Plans are among the insurers who were awarded contracts to manage the state’s Medicaid programs over the next five years.

“It would certainly present an opportunity for stakeholders across the health care industry, both health plans, but also the providers who would see more people with insurance walking through their doors,” said Carpenter.

Voter support also splits along party line, according to the latest Kaiser Family Foundation tracking poll. Three out of four Democrats saying they’re inclined to vote for a candidate who supports expansion, while 52 percent of Republicans preferred a candidate who would “keep Medicaid as is.”

“Even with a candidate governor who supports expansion it would still have some obstacle in the state legislature,” said Robin Rudowitz, associate director of the Kaiser Family Foundation program for Medicaid and the uninsured.

She notes that the state’s Senate passed a Medicaid expansion measure in 2015, but the other chamber of the state legislature did not take up the measure.

Even in states where expansion has been approved, funding will likely continue to be an issue. Under the ACA, the federal government picked up the full cost of Medicaid expansion between 2014 and 2016. Still, in the next year, states will have to come up with 10 percent of the cost.

On Tuesday, voters in Montana will decide whether to hike tobacco taxes to help pay for their state’s Medicaid expansion program, which is set to expire next year if no new funding is approved.