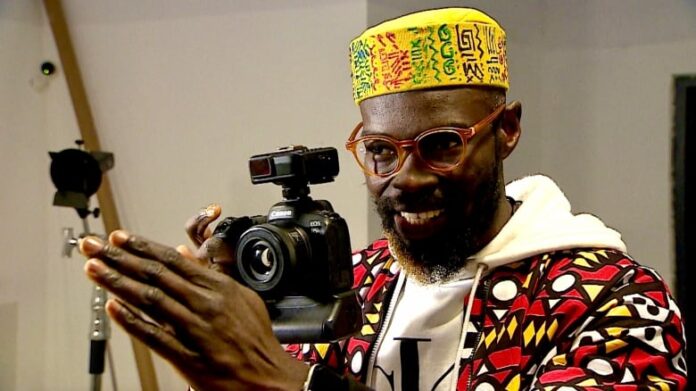 In the middle of the pandemic, Samuel Obadero was in desperate need of a loan to keep the doors open at his photography studio in downtown Calgary.

The Calgary entrepreneur went to the bank, but found the process difficult to understand and navigate. Having immigrated to Canada a few years earlier from Nigeria, he didn’t have all the paperwork the bank wanted, and he wasn’t familiar with a lot of the terminology in its forms.

His questions would go unanswered. And when he tried to asked for help, Obadero says he felt like he was met by a brick wall.

In the end, he gave up and turned to family and friends to borrow the funds he needed. Now, a year later, his studio remains open, but he’s still perplexed why it was so difficult to secure a loan.

“I’ve not had a lot of joy,” he said. “We cannot afford to paint the canvas with just one brush. We have to find a way to listen and then address each case, as is.”

His experience isn’t unique. Many business owners in the Black community have experienced difficulties accessing funding from banks due to barriers caused by systemic racism. The problem has gained more attention in recent years, but progress on finding solutions isn’t happening quickly enough, say entrepreneurs.

That’s the reason for a virtual conference Thursday that aims to address systemic racism in banking and help Black Canadian entrepreneurs get access to financing to start and expand their businesses.

One of the biggest impediments for Black businesses in Canada is difficulty accessing business financing and a lack of family collateral needed to apply for necessary funding, say the organizers of the Black Business Summit. The situation is a consequence of historic discrimination, systemic racism and a lack of generational wealth, which refers to assets that are passed down from one generation of a family to another.

Even though most major banks in the country now have programs specific for Black business owners, that’s likely only one step in addressing the issue.

A lack of family collateral

Organizers of the Black Business Summit want to bring Black entrepreneurs and banking industry professionals together to discuss how to fill out a loan application, what services are all available and much broader topics, such re-thinking how banks decide who to finance.

“So that all the communities that are left out, can actually start getting a hand up,” said Jackee Kasandy, the founder of the Black Entrepreneurs and Businesses Society of Canada, which is organizing the conference.

Kasandy wanted to start her own business almost 20 years ago, but didn’t have the collateral to secure a bank loan. She didn’t have access to generational wealth, she said. Instead, Kasandy had to keep saving up money until she was able to open her own gift boutique in Vancouver seven years ago.

Even now, as an entrepreneur, the financing that’s available to her is still limited because of the barriers, she said, noting she wouldn’t be able to borrow enough to open a second location.

“A large percentage of us don’t have homes, don’t have parents who can co-sign loans for us,” she said.

“I still don’t have collateral and banks cannot count my current business as collateral. So those are the things we’re talking with businesses [about]. Can we re-look at the system and probably build an alternate entry point.”

In 2015, when asked how the City of Toronto can support Black-owned businesses, around half of Black respondents identified “accessing financing” as the top issue.

A report last year by the Canadian Black Chamber of Commerce found that almost three-quarters of Black business owners in Canada surveyed said they “bootstrapped” their businesses when they started — meaning they raised money from their community or funded it themselves — instead of trying to borrow money from a bank.

This month, BMO announced funding of $100 million to provide Black entrepreneurs with greater access to working capital and educational resources.

It’s the latest commitment from a Canadian bank, in addition to the federal government’s $221 million Black Entrepreneurship Loan Fund, which was created last year.

“There are programs but to be fair, these are all new programs that have started,” said Shawnnette Fraser, district vice-president with TD, who supports 20 branches in the Calgary area and is a speaker at the Black Business Summit.

Over the last few years, TD changed its overall approach to working with the Black community.

“We’re doing it differently, as opposed to in the past, where we felt that it was just through sponsorship. We have to mentor, we need to be in the community, we need to start early,” she said, pointing to a recent financial literacy workshop in some Calgary schools.

Cost of Living8:59What it takes to get more Black Canadians in corporate executive roles

18 months after Black Lives Matter protests dominated headlines, many Canadian companies promised to do better when it comes to Black representation in their executive and leadership roles. But there hasn’t been much progress in Canada’s corner offices. Anis Heydari looks at how Canada’s executive boardrooms can become more inclusive. 8:59

Representatives from Export Development Canada, Business Development Bank of Canada and Vancity will also take part in the event.

Besides workshops and networking, the virtual conference will include discussions on how to access more financial services, unlock other funding and improve loan applications.