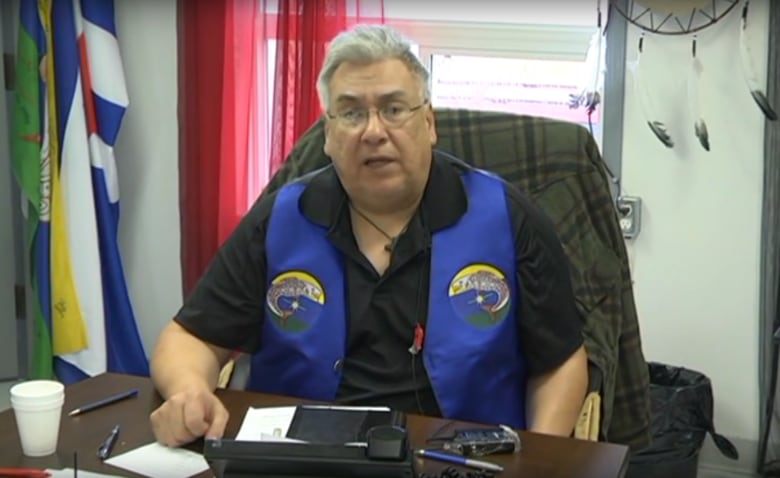 Winter roads in northern Ontario continue to be hampered by changing climates, but this season has been better than the previous two, according to some of the people who work on them.

For several weeks each winter, tractor-trailers make their way into remote, fly-in First Nations via a series of crossings over frozen lakes and streams, delivering fuel, building supplies and other large loads that would be difficult and expensive to transport by air.

Warm weather in recent years has led to shorter seasons and slushy conditions, and prompted calls for permanent infrastructure to make transport safer.

But this year, some officials say nature has provided a reprieve.

The Nishnawbe Aski Nation (NAN), a political organization representing 49 First Nation communities, released a winter road report on Feb. 4 listing 10 roads open to full loads, four to partial loads and four to light traffic. Twelve roads are still under construction and one has not yet been started.

Around the same time last year, a report from NAN showed just two roads were open to full traffic, three were open to partial loads, nine were open to light traffic and 17 were under construction.

A road report from Jan. 31, 2020, showed a similar pattern: One road open to full loads, 15 open to light traffic and three open to partial loads.

“It’s a little better than last year, but it was still a late start due to the warm weather in November and December too, I believe,” said Lindsey Jupp, an environmental technologist with Matawa First Nations management.

“So far since the beginning of the year, the temperatures have been cold, and they’ve been providing good ice building.  We haven’t seen a lot of higher temperatures, so that’s been helpful.”

At the time, Kitchenuhmaykoosib Inninuwug, one of the many fly-in First Nations in the north that rely on the roads, was forced to bring in fuel by air, Chief Donny Morris told CBC at the time.

This year, he said, the road opened around Feb. 7. The previous two years, it opened near the end of February.

“It’s a lot better this year,” Morris said. “We already have a few supplies — semis come in — and quite a few fuel and gas deliveries already done.”

Nibinamik First Nation has already received nearly all the fuel it will need for the year, said band manager Walter Oskineegish, the point person for the winter road there.

Their road opened three weeks ago, Oshkineegish said, around the same time as last year, but the timing has more to do with COVID-19 protocols than road readiness.

Typically, he said, the road is ready for light traffic around the end of December.

Webequie’s winter road opened to light traffic on Feb. 17, according to winter road co-ordinator Donald Shewaybick, and the community hopes to bring in around 40 loads of building materials and around 300,000 litres of fuel.

So far, temperatures have been co-operating, he said.

“It has been mild previous years,” Shewaybick said, “but I think the road is good this year because it has been cold.”

But while the temperatures are great for road conditions, they’ve been leading to problems with equipment, Shewaybick added.

“When you have a machine out there, like trying to start it up in the cold, that takes time to heat up.”

Jupp has heard of an unusual number of issues with machinery this year, she said.

“It’s just old and difficult to maintain,” she said. “You don’t have proper facilities or funding to do so. It’s expensive to purchase new pieces of equipment, and those aren’t directly funded through any program. And given COVID right now too, it’s difficult to find and quickly purchase. … If you find something, you have to buy it right away, or it’s going to be gone, and also at an inflated cost.”

Communities have different entry requirements with regards to COVID-19 vaccination.

However, Matawa said travellers on the 808 winter road network must arrive at the entrance with proof of double vaccination against COVID-19, proof of booster if eligible, and a negative molecular (PCR) test conducted within the previous 72 hours, according to a notice posted on the road network’s Facebook page.

My father was grand chief back in the ’90s and I could recall travelling with him as early as late November, and that’s an impossibility today. You’ve got to wait till like January, mid-January, to travel on those roads.– Derek Fox,  grand chief of NAN

Morris said his community also requires truckers coming in to be vaccinated, but it does have exceptions for people who don’t come in contact with community members.

“For example, for fuel, [a] fuel truck can travel, come in, they know where to go, and they can offload and just take off again.”

While this winter has provided some relief for communities after two years of difficult road conditions, NAN’s current grand chief, Derek Fox, said the trend is for winter road seasons to get shorter and shorter.

“My father was grand chief back in the ’90s and I could recall travelling with him as early as late November, and that’s an impossibility today. You’ve got to wait till like January, mid-January, to travel on those roads.”

The government needs to establish a program for maintaining winter roads that takes into account the costs, such as the rising cost of fuel, Fox said.

He also supports more permanent infrastructure, such as Lessard bridges, on winter road routes where necessary.

Fox also said the government needs to do more to address climate change.